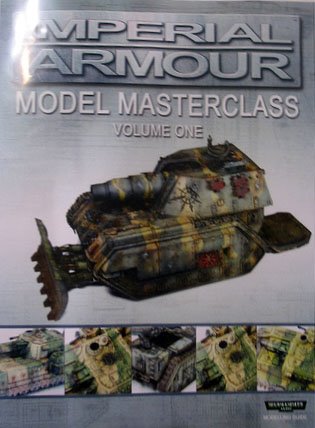 Pics brought to the community by Warseer’s: ALF Hi guys, on this long 3-day holiday weekend, lets have some fun light reading. First, Forgeworld showed some shots of their upcoming Masterclass book at LA Gamesday, and an intrepid player (Warseer’s ALF) was waiting and ready to go with his camera. Go check out his extensive […] 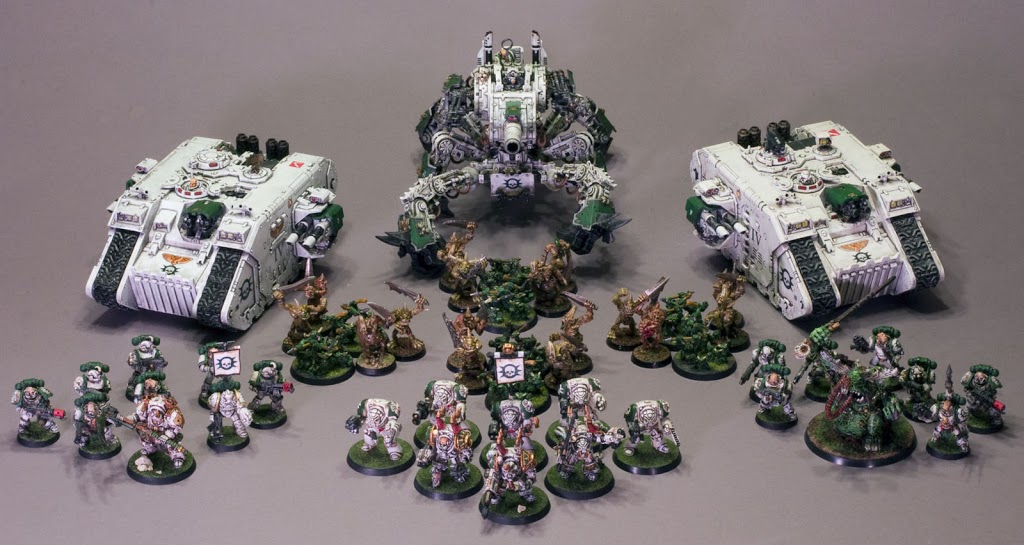 Its been too long since I’ve done an armylist post. With 5th upon us, I’ve been holding off on these until I had enough games to get a feel for the new system. This post is part of a series of recommended army lists. It will document an entire list, with a short tactical summary […]

Skarbrand The Exiled One, by Gentleben 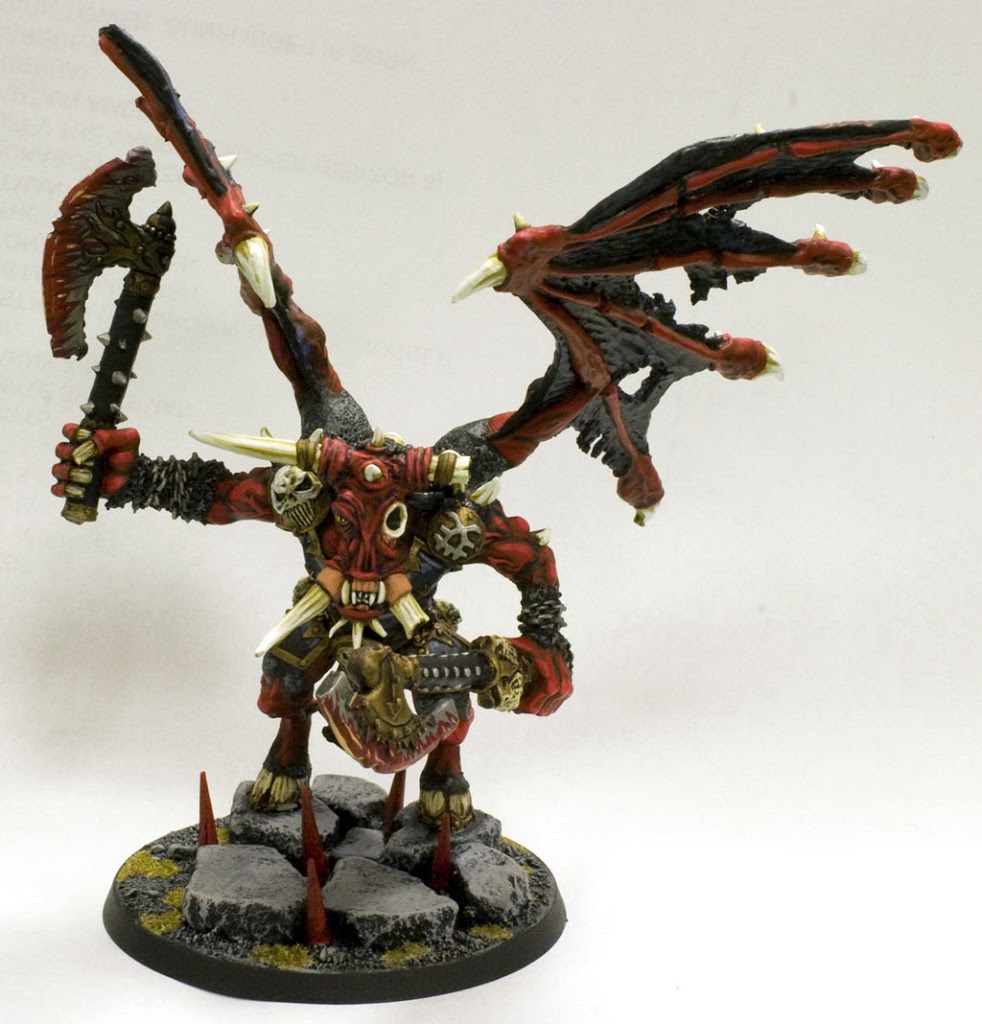 Do you guys remember Gentleben? Well he didn’t fall off a cliff but has been away painting and playing a variety of minis games. He just dropped by yesterday to drop off his latest creation. Check out his take on Skarbrand, the Exiled One. He tells us he used a Bloodthrister, minotaur weapons, and the […]

OK guys check this out, GW recently put up their promo-site for Gamesday UK 2008. Take a look at that little Forgeworld section they snuck in, right in the middle of the article. Another Land Raider variant?!A secret Chaos project codnamed B.O.B. ~Interesting stuff. If anyone has anything on these lets hear it. I assume […] 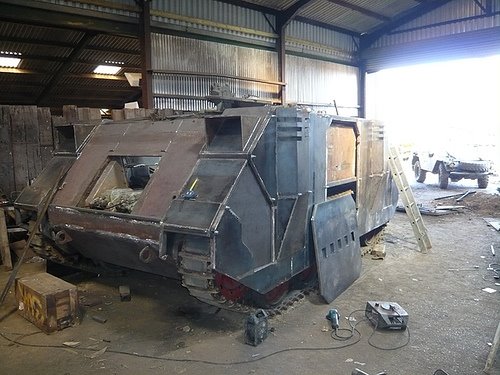 You know, when I saw some of the early pics from the first Rhino post, I thought it was going to be a hard road to get that British APC converted into the Astartes beloved transport. Now however, I think they have a really good shot at it. So head on over and check out […]

Ok guys, Everyone else is talking about it so now its our turn. Word is Phil Kelley dropped the news in Los Angeles that much of the updated wargear and equipment changes in the new marine Codex will not be standardized across the other codices. That means 3+ invulnerable stormshields for the boys in blue, […] 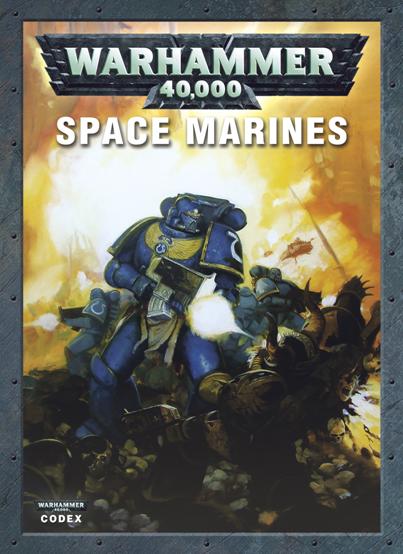 A few things today, GW Space Marine PreviewFirst up we have GW throwing up their Codex Space Marine Preview. Go check it out, as there are a lot of nice looking spreads shown in thier “teensy-weensy cant quite read it” mode. ‘Ardboys DiscussionHead on over to Mkerr’s ‘Ardboys discussion thread on the Flywire and see […]

RUMORS: 40k Into the Future…

We love to pass on on all the little tidbits we hear and here are some of the latest. We have recieved word that the 40k schedule is shaping up for early-to mid 2009 as follows: 2nd wave OrkPlastic Gretchin, Stormboys, possible the plastic Battlewagon. 2nd wave DeaemonsMany Independant Characters, Plastic Daemon Prince, etc… ApocalypseLots […]

Rumors brought to the community by Warseer’s: Colonel_KreitzMorning all, LA Gamesday has come and gone, and the following tidbits have dribbled out. I’m sure there will be more to follow throughout the day: PlanetstrikePhil Kelly is working on this supplement that has been rumored since last year. ~There are no timelines on it, but earlier […]

Everyone is chattering about this one guys. There is a price increase slated for September 29th. Here is a copy of the GW letter announcing the increase: Dear Valued Customers, There is an old curse you might know: “May you live in interesting times “ I would be very surprised if anyone could look around […] 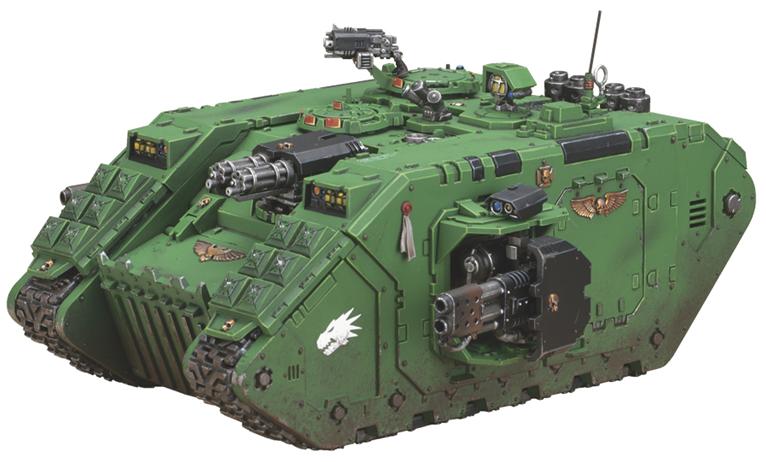 Hey guys, GW has just put up a new set of Advanced Orders for the upcoming Space Marines. Go check them out as they have the final prices and better pics for some units than we have seen before. The new releases are: Codex: Space Marines: $25 Drop Pod: $30 Land Raider Crusader/Redeemer: $50 Land […] 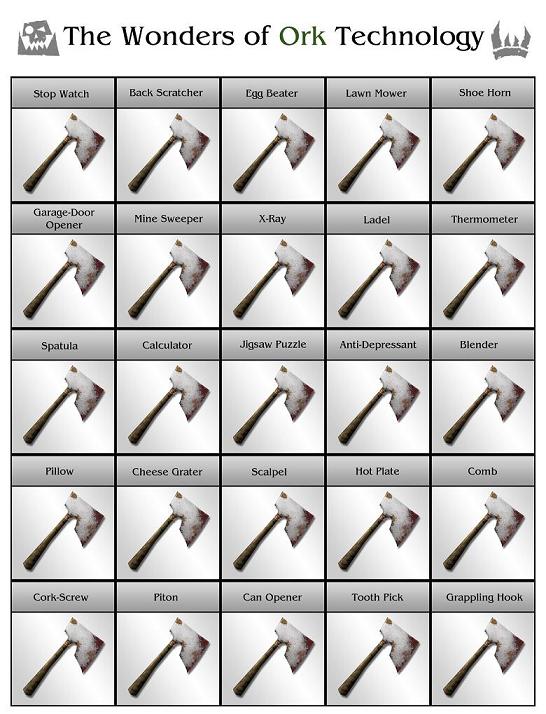 Hi guys, Here’s an oldie but a goodie that’s been floating around the net for a while. Enjoy some 40k humor. Mkerr is requesting some feedback on his upcoming Blood Angels: Army of Death minidex, so head on over to the Flywire section and jump in. The water’s fine. Cya guys soon with more stuff. […]