“In the year 963.M41 the Fire Hawks were sent to the Crows World subsector against Eldar pirates. The entire chapter-fleet, including the chapter’s mobile space-fortress Raptorus Rex, made a successful warp jump from the Piraeus system 120 light years from Crows World. The five ships, over eight hundred brethren, and two thousand other personnel expected […]

AdeptiCon 2009 Registration Now Open!Registration for the “can’t miss” miniature wargaming event of the year is now open! AdeptiCon 2009 will return on April 3rd to the Chicagoland area for our seventh year of Games Workshop and other miniature wargaming madness. Click here to check out our new and improved lineup of events!http://www.adepticon.org/files/2009schedules.pdf Pre-register online […]

And not the kind you think… Just in from the latest Forgeworld news release… an across the board prise DECREASE! Read below: Forge World Will be Passing on UK Tax Reduction to its Customers Recently, the UK Government has decided to reduce the rate of Value Added Tax (the UK sales tax) on all products […]

Hi all, Here’s a little followup post regarding that Dark Elf army i’ve been working up for my initial foray into Fantasy. Since the last time we chatted, I’ve fulfilled my promise of not buying any more fantasy minis until every single one I bought with my initial purchase got painted up. So here they […] 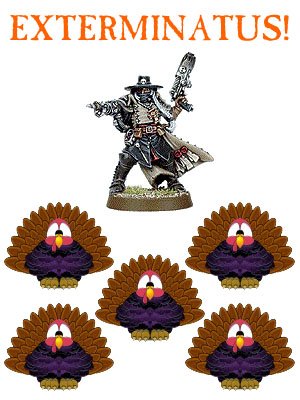 ~Have a Happy Thankgiving from everyone here at BoLS! Open thread, so have at it…gobble,gobble.

Anyone who pays attention to the metagame of 40k and the results of the GT’s must be wondering, how the hell do you deal with orks? When you look at the top players in most of the GT’s this year, you see a creeping sensation of green all over the upper tables. So if you […]

The next Bizarre Bazaar customer flea market at Games Workshop stores across the U.S. will be on December 6 and 7. These flea markets are a great way for GW hobbyists to buy, sell and trade GW products amongst themselves. 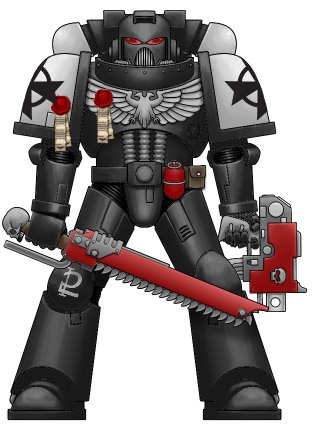 OK guys, After exhausting every scrap of background we can find, we’ve struck out on the paint scheme for the Badab War’s Star Phantoms. This chapter was brought into the warzone after several years and charged with assaulting Badab itself and smashing the Astral Claws. They have an entire piece of fiction dedicated to them […] 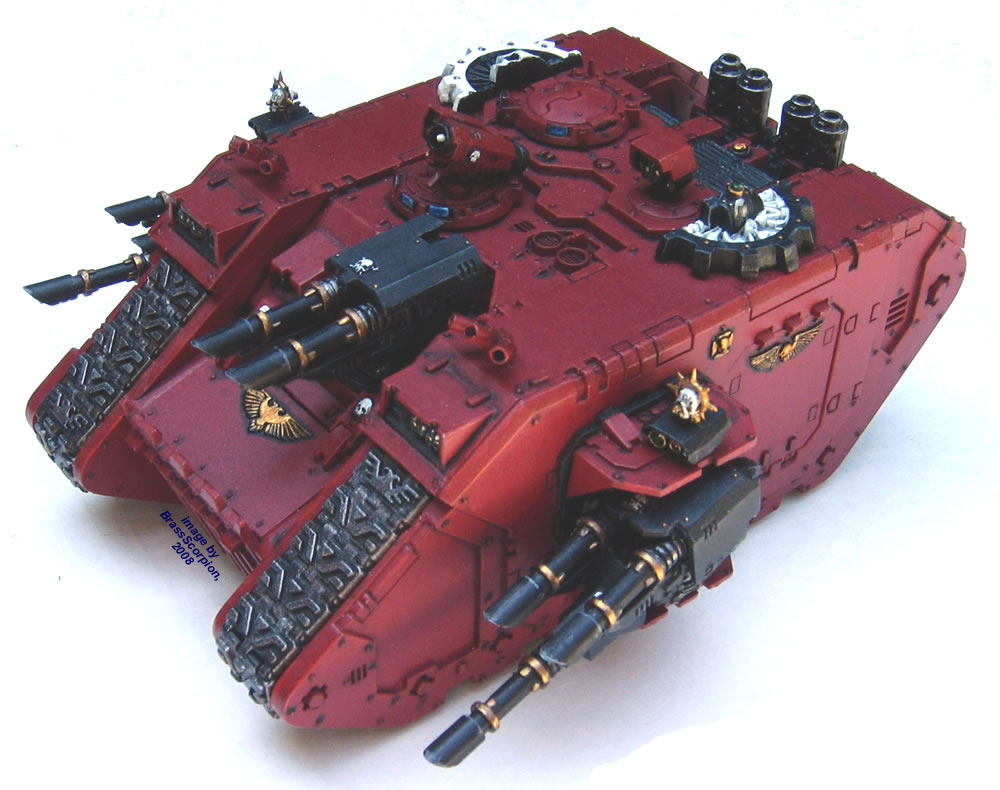 Games Workshop will be having a special Black Friday Celebration on Friday, November 28. Special merchandise will be available on that day. Visit the GW Black Friday Events web page for full details. Also part of the Black Friday weekend-long celebration will be the Tanksgiving Armor Clash I posted about last week. This super-mega-multi-store event […]

Images from the Baltimore GT

Hi all, Kind reader Auxellion forwarded these links to YouTube slideshows he made from the 2008 Baltimore GT. They are pretty well done and give a nice feel of taking part in these types of events. Baltimore GT 2008Baltimore GT 2008 Armies ~I know many, many of you have never gone to a major 40k […] 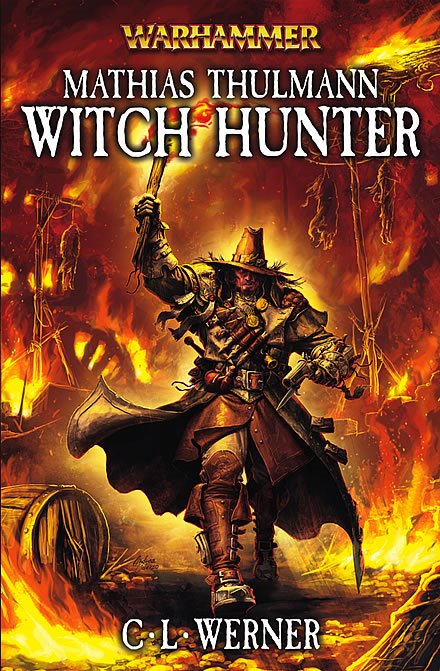 Timo is back with our latest Black Library review: Mathias Thulmann, Witch Hunter– C.L. Werner As most Black Library collector’s editions, this book contains three short stories as well as three books belonging to the same series, the only difference being that the stories were actually written chronologically (the first short story was penned in […] 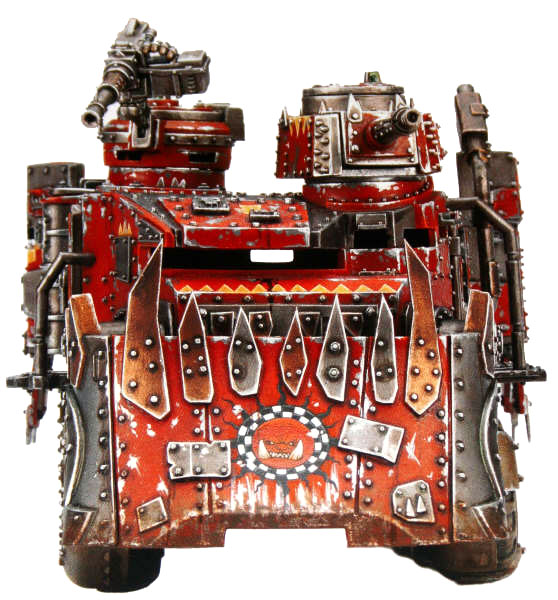 Hi All, As some industrious readers have noted, the GW 2009 Catalog has hit the stores and includes some nice little peeks at certain of the upcoming Lizardmen and Ork minis headed our way this January and February. Check these shots out. We’ve seen the models before, but here are additional shots of them all […]