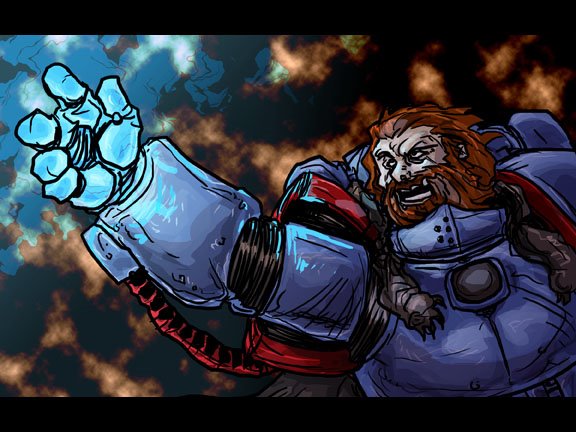 Now I didn’t think of this army list, it was a local player named Josiah who came up with this. I think this list might be too much of a one trick pony, but it could make for some fun times on the board if you are seeing lots of newly minted Imperial Guard players. So without further ado, here is Josiah’s “Hammertime” army.

I think the list is strong versus Imperial Guard and horde armies, without having to rely on your TH/SS termies to do all your nasty business.

Obviously the thought is to close quickly, teleport your guys up there, and then start wading through chumps with your hammers of doom. I picked null zone to help deal with Daemons and other TH/SS termies. It might be worth it to run both librarians with the same psychic power set up just to help with some redundancy. The other parts of the army, are designed to hold objectives and dish out boatloads of wounds to thin out large attack mob based armies, which can pull the TH/SS termies down under the weight of multiple armor saves.

Again I did not come up with the initial idea of this list, I just had it shove its hammers down my throat one game at the weekend tournament. I thought it had some merit, and with a few small tweaks it should shore up any issues with its ability to cover the horde, as well as give most armies fits as they try to deal with the TH/SS termies. For those needing a smaller point total, drop the one tact squad and pred.

What do you think? Any thoughts on tweaks to this list? Josiah what did you think of how it played? Comment away folks and feel free to email me at[email protected].