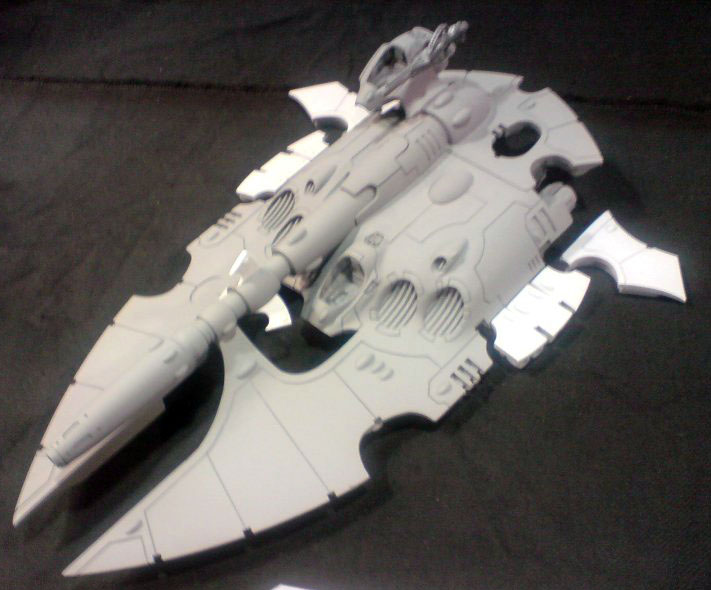 So remember that tidbit about the Dark Eldar Ravager and a Nightspinner turret being in tooling in the Games Workshop Factory.  Well the latest supposition is that the turret in question was not from a Falcon but an upcoming Eldar kit “a good bit larger larger than a falcon” that would “make eldar players happy, and would put the eldar on the same terms as the other factions in terms of superheavy plastic kits”

With the latest oversized kits we’ve seen of late such as the Trygon, Valkyrie, and Stompa an Eldar Scorpion best fits the bill, and would be easy to do as a multi-vehicle kit with some simple turret variants.  In fact a single plastic kit could do the:

~The interesting thing about this rumor, its its specificity, and continued reenforcement of the Craftworld Eldar chatter that has come up of late.  I’m wondering if all that talk around the new year of a “fleet based” army coming down the pipe, was not a naval reference, but a USR one…