A lot of stuff has been floating around out there regarding Warhammer Fantasy 8th Edition. Lets take a look at the latest collated info:

[*]Army construction is moving back to percentages.
[*]Strength in Depth/ Stepping up (models may fight in 2 ranks)
[*]Crush attack for larger creatures
[*]40mm models moving to 3 model-wide ranks.
[*]Multiple objective driven scenarios in the rulebook
[*]All non-english rulebooks are moving to inches.
[*]Power dice aren’t generated by the number of spellcasters. The pool is decided by 2D6. Magic users add their magic level to the score rolled. All Wizards have a chance to generate more power dice.
[*]All missile units fire in two ranks (not just High Elves). Missile units will not gain a rank when shooting from hills.
[*]Autobreaking from fear or terror is gone.
[*]Combats are strictly decided in initiative order.

There will be a “General’s” Edition as well as a “Gunner’s” Edition: Both are the basic rulebook along with multiple different gimmicks, as golden templates, dice, angulometer, combat-resolution-calculator, markers and more. “General’s Edition” is supported with a white linnen bag with two silver coins attached to it, so if you fall in battle, they may put them on your eyes…

Other rumours (and description of above)

These are all listed in no particular order.

[*]Army construction is moving back to percentages.
This is looking more like 25% max characters, 25% min core, 25% max special and 25% max rare (anonymous source, but trustworthy ) The 25% characters includes mounts.

Edit. Just as I thought this part was looking certain, there have been some rumours/ sources saying 25% max characters, 25% min core, 50% max special and 15% max rare. I will edit one out as it become clear.

[*]Categories for core/special/rare are remaining.
[*]There *may* be something to prevent spamming…
[*]There will be a system wide errata to clear up issues for each army.

NOTE: The magic rumours nobody seems to agree on, so rather than try and find what exactly the truth is I will just put here most of the theories


Edit: I’ve sorted out the ones that seem more likely, based on the info from an anonymous (trustworthy) source:

[*]Giving irresistible force a downside
[*]Double 6 = a miscast
[*]Making miscasts much more devastating.
[*]Something rumoured is carrying over power dice, but holding too many could lead to a ‘magic backlash’. Wizard will recieve wounds or hits if he didn’t use the excess power-dice (than originally allocated) at end of the turn.
[*]All the book Lores will have more supportive spells than they have now, and will all be getting a major overhaul. Each lore to get a mega spell.
[*]Spells can be chosen, not rolled for.

And the other rumours:

[*]There’s no limit to the number of dice used to cast a spell, by any level of caster.
[*]If a wizard fails to cast (not counting dispels) twice in a row he miscasts
[*]Dispel scroll only adding dispel dice (+2 dice to the dispel dice pool once per game). (edit – possibly speculation)
[*]Dispel attempts to be made by specific wizards (presumable your casting level is beneficial for dispelling spells)
[*]A higher chance of miscast with multiple casters.
[*]If a wizard fail to cast a spell he can’t cast other spells in the same phase.

NOTE: Trying to nail down what the facts are here is very hard. Some of this is only my understanding of what has been discussed.

[*]Units fight in 2 ranks all the time, with their full quota of attacks, and with any special rules they have.
[*]Spears may be +1 rank as normal.
[*]Spearelves may fight with an additional rank as normal (citzen levy).
[*]Cavalry still only fight in 1 rank.
[*]This is the same regardless of which side they are attacked on.

Stepping up. – Harry/ Avian / other people

[*]Casualties are strictly removed from the back.
Horde – Still no closer to nailing this one down

Fight in 3 ranks if 10+ wide (4 with spears). – Avian.
OR
Some benefit to fighting in large units, may automatically become stubborn beyond a certain unit size. – Harry – (edit) seemingly confirmed from another source).

Another edit: Seems this Horde rule may work like this:
If the unit is 10+ wide and 5 ranks deep (50+ models) the front 2 ranks may all fight, regardless of whether they are in base contact.

[*]Now it would explain how people have got up to 5 ranks in combat (2 front, Spears = 3, Citizen levy = 4, Horde = 5). At this stage just another rumour, but a little closer perhaps to the truth.

[*]Unchanged apparently.
One Save to ruin them all!

[*]Models will only ever get one save (be it ward, mundane or magical armour). No word yet on whether regeneration is included. From Alessio himself!
40mm models

[*]40mm models moving to 3 model-wide ranks. Ogre sized models are officially being put into their own size category (finally).
Crush them!

[*]Additional stomp/crush attacks for big infantry (ogres, trolls, etc) to represent them trampling lesser races underfoot. Bigger bonus for large creatures like giants. These are not impact hits. (edit: these could be overrun hits)
Armour Save Modifiers

[*]Combat will always strictly be resolved in initiative order (confirmed). Chargers do not get a bonus apparently
Chariots

[*]Measure the distance for the furthest moving model, and perform whatever manoeuvres you wish within that lax limitation (i.e. they all move like fast cav currently do, minus the reform). Command models will have some role to play in giving free manoeuvre as you move (Musician bonus similar to Ancient Battles?).
Charging.

[*]An added ‘bonus’ of getting an ‘extra’ +D6 or +D3 inches of movement to your Movement range (presumably the D6 or D3 decided by the category of warrior; infantry/cavalry/ogre sized).
Edit; rumoured to be:

Movement equal to or more than 7 (and not flying):
-> Basic M value + 2D6
Heavy cavalry

[*]- Heavy cavalry, defined as any cavalry with a 2+ or better save, cannot march. They can double their move when charging as normal, but they are not allowed to make a March move.
– “Medium and Fast cavalry remain the same”.

[*]As it happens to be the same rumour; fewer armour save modifiers.
Fire in 2 ranks as standard.

[*]Missile units fire in two ranks (not just High Elves). – Harry & someone else. Missile units will not gain a rank when shooting from hills.

[*]Autobreaking from fear or terror is gone.
[*]Leadership tests against fear is rumoured to be going
[*]Fear and Terror incorporate immune to panic (with possibly a change to crumbling for undead).

[*]Killing blow only against models in a similar size category or lower (large creature>ogre sized> infantry/cavalry sized) (edit: apparently this is close, but not quite right)
Always Strike First

[*]Models with great weapons will always strike last, regardless of ASF. There is supposedly a change to the ASF rule to compensate HE a bit, not sure what yet.

[*]Victory Conditions
Interestingly something I picked up from a post was that ‘victory conditions’ have been referred to in the last 3 books, not victory points.

[*]Difficult terrain may be merged with very difficult and encompass more things (presumably more than just affecting movement).
[*]D6+4 cumpulsory terrain.
[*]Terrain will not affect the movement phase so much but will affect fleeing units, like in the War of the Ring game.
[*]Bonuses and hazards for terrain (such as rolling the dice to see how many people don’t make it out of the wood…).

~Now that sounds like a big juicy set of changes for a new edition! Your thoughts are welcome as well as how you think these would interact with the current Army books. 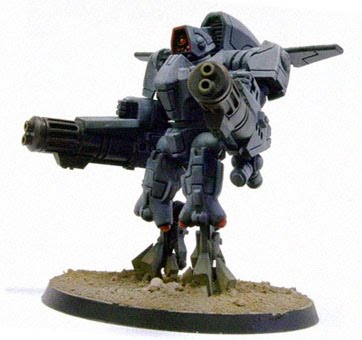