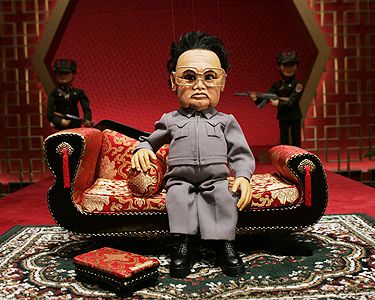 a response by Braindead

BoLS is happy to present a response by a member of Team Germany to Darkwynn’s ETC earlier article.

Howdy. Now this morning I had a good laugh when skimming through the bloggosphere as I found an article on my Eldar list for the ETC. You can find it here. For your pleasure, I just quote the main passage:

“The European lists that have been passed around so far are min maxed affairs with a couple of one trick pony units and take the least amount of troops. Personally I find this weird as it limits their options on the tabletop and if a smart player blows away your troops the best you can do is secure a tie since you can’t control objectives. Here is an example of a pretty common type of list that Team America looks like its going to be facing:

Yes, it’s designed to have its two units do most of the work and have one Falcon carry the Dire Avengers to spots on the other side of the table but I see it having big troubles. You can either focus on the deathstar unit if you’re mechanized and start taking down Warlocks or just blow away the rest of the troops and they can be severely hampered in an objective game. There isn’t anything special about this list ,it presents no surprises, and you know what is coming towards you and what is not. Hopefully the Europeans can offer some great games and America won’t beat too hard on Team Germany.”

Hm. This Eldar roster is indeed totally weird. How can you dare to go out and only have 3 scoring units, not even the most sturdy ones I must add? Cant a mechanized force not just roll up and rip through it? How come my 40k knowledge only reaches to the tip of my nose? Doesnt the Marine list of the US team look much more like a well rounded roster?

30 marines is nothing to sneeze at. But 30 marines will not contribute much more than sneezing to your overall army power. So, argueably, my eldar and his marines is not the best comparison to make. Ripping army lists out of the 8-player context in a team-based tournament never is, I guess. What does this article of Darkwayne’s tell us about the US attitude towards the ETC? A whole lot. The US allstars are going to play an 8 player solo team tournament and add up their points while most European countries are taking the team setup very serious.

Now this can lead to one of two possible outcomes:

1. The US will dominante most other countries with a couple of well rounded army rosters by sheer skill. If their skill is well above the European average, which might be the case, who knows, then their flexible setup will pay dividends. Not only against the average joe but against basically any European country, top competitors included, because the setup of the European teams overall is quite similar: build specialized army lists to counter flexible ones. This leads to possible outcome number

2. The US will be having a very hard time finding suitable match-ups for a number of their players, because 40k is a game of rock-paper-scissors. This in mind, a list with 30 marines might help you in an objective game on a single player basis, but how would it fare against a list especially taylored to destroy (read=DESTROY) marines? If you put these marines forth, most countries will be able to answer with a list that generates such an enormous match-up advantage that pure skill will be hard pressed to cope with it.

Both outcomes are equally possible but I think, I feel a slight tendency for the second one. That has to do with self-confidence in the European-style (as BolS calls it) but even more so with the fact that experience is probably the most important factor in a team tournament. How much experience does the US team have? How much time will they spend thinking themselves into our shoes, into our mindsets? How much modesty will be needed to understand how and why certain builds found their way into most of the European top teams rosters? Can the US-boys muster this modesty? You might want to read the comments on the BolS article on this…

So now we have a nice back and forth from both the USA and Germany.  What are your thoughts, and if any other nations want to speak up, shoot us an email.  Have at it gang.