Editorial, The 5 Best Wargaming Lessons That I learned From Movies 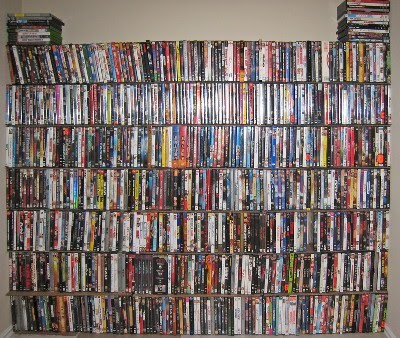 Movies do a lot for us, they make us happy or sad, they teach us lessons about life and love, and they can teach us a lot about wargaming.

We all love a good movie. From an action packed summer blockbuster to a gripping crime drama, to a tear-jerking tragedy, to those kinds of movies that you love to watch alone, but can’t ever let people know you own (yes I’m talking about Rom-Com’s), we all watch and enjoy movies. We all also learn a lot about movies. Some times we learn important life lessons, or about a strange culture, or about ourselves, or simply that Hollywood often has no idea what it’s talking about. One thing we rarely think about is what movies can teach us about wargaming, but it can at the end of the day teach us a lot. So with out further ado here are the top 5 lesson about wargaming that movies can teach us.

1. To crush your enemies, see them driven before you, and to hear the lamentation of their women. This is how we should aspire to live
This should perhaps be the core tenant of wargaming, it aptly sums up the 3 things you need to keep your mind on most while playing a game. First Conan reminds us that at the end of the day we have to destroy our enemy – crush them. In any game I can think of, killing your enemy’s army results in victory, thus we should seek, first and foremost to destroy the enemy’s forces. Secondly he tells us that it is often far easier to break your enemies morale and get then to run away, then it is to kill every one of them. Thus we should always seek to drive our enemies before us, and have them flee the field. This is never more true then in Flames of War, where often the best path to victory is to drop the enemy army to below 50%, thus forcing company morale checks. Once one is failed, they enemy army flees and victory is yours. Finally Conan reminds us to always keep a eye on the key objective… in his mind the enemy’s women. The Objective
Conan tells us that even while we are crushing the enemy we should never lose sight of the true objective. Many games have been lost becuase a player became too caught up in the battle, in killing enemy forces and forgot to secure his objective, I’m sure its happened to everyone reading this article (Unless you are like He-Who-Shall-Not-Be-Named and don’t actually play the game). At the end of the day following these three important rules, killing the enemy is best, making them run away is easier then killing them all, don’t forget the objective, you should be winning games!
2. I’ll Be Back Man, if Necrons had been modeled after this terminator even I would play them
Another good lesson taught to us by Arnold, though in a different guise. This lesson is simple and important, always come back for more. Ever time you lose a game, even if you are new or have never won a game before, just say “I’ll be back!” (yes use your Arnold voice, we all have one) and come back later for another game. It’s a simple saying but it sums up what we should aspire to do in wargaming, learn from our mistakes and come back for more… and never get discouraged. Maybe you will play two really good games, but the third game will be mediocre, even bad. Well you should still come back and play a fourth game. If that game is even worse then the 3rd, and the enemy is always angry for some reason, well maybe try out a campaign. It should be good, even if it will get canceled before the end.
3. Luke, trust your feelings What the prequel movies should have been like
This is another fairly simple rule that we learned from movies. Simply put, don’t overthink things, play on instinct. A good player will eventually learn not to overthink every situation, it takes up time that in a tournament you don’t have, and will often do you no good. Often your first thought at looking at a situation, your guy instinct, is the right choice. You will often play your best games if you get into “the zone” and just play without overthinking.
4. Blessed be the Lord my strength, which teacheth my hands to war, and my fingers to fight. Is it just me or is that guy in the middle totally faking being dead so he can take a nap?
So for the two people out there who haven’t seen this movie (shame on you!) the sniper in the team recites prayers while doing his job, asking his God for aid. The lesson we should learn from this is that all games come down to luck in the end. The best plan, the most certain win, it can all be ruined by luck. At the same time the most impossible victory, and the most epic moments of any game are all made by luck. So before a game, or during, it can’t hurt to say a quick prayer to your god, be he the biblical God, a pagan deity, the flying spaghetti monster or the fickle gods that dwell within your dice, ask them for a little luck, it never hurts!
5. Why so serious? This is what animal testing of cosmetics leads too
This is the most important lesson about wargaming you will ever learn. It is at the end of the day just a game. If you ever find yourself getting really worked up about something, getting really mad, just ask yourself “Why so serious?” (At this point I normally pretend I’m Batman, but then I do that a lot). Just remember to let it go, to relax and just have fun. There is a reason most game’s have their version of the “most important rule” which is to have fun, it’s becuase people forget. They, like the Dark Knight, get too caught up in the battle, too hardcore. It’s times like this when we all need our own personal Joker to come ask us, “Why so serious?” to remind us at the end of the day, its just a game. My personal joker
So as one can see there is a lot movies can teach us about wargaming. They can teach us about proper table top thought, about keeping focused, about never giving up, about luck, and about sportsmanship. In short everything you need to know about wargaming movies can teach you. Fun and educational, a double win for everyone. But don’t let the bright lights and glitter of Hollywood fool you, the best way to learn about playing wargames is by playing them and a movie can never substitute for the real thing. So remember keep playing, keep arguing, and most importantly…..

And if you do not listen, then to HELL with you!
Well that’s all for this time Boyz and Damsels, hopefully you all have learned as much about wargaming from movies as I have. If you disagree with my thoughts, have other important lessons from movies to share, or think I picked bad movies to talk about, or just think you know the answer to the Riddle of Steel, well, that’s why John Conner sent the comments section back in time to us! See you there!