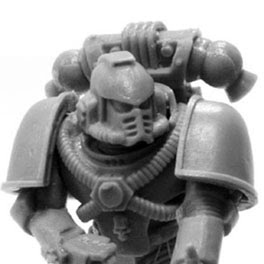 I think we can now be pretty certain that Forgeworld has a treat for all us Marine and Heresy-era modelers out there.  Hot on the heels of the announced Mk.V and Mk.III armor is today’s new set.  More after the jump

The Maximus set is very similar to the earlier Red Scorpions veteran pack but now includes 5 sull sets of armor including Mk.IV legs and backpacks.  The bolter set is modeled after some of the original chain-blade equipped bolters from the original RTB-1 boxed set from the late 1980s.

~Very cool stuff indeed for the Marine enthusiansts.  Almost anyone can use a pack or 2 of these eariler mark kits to dress up your command squads, veteran sergeants, and the like.  Have at it gang.