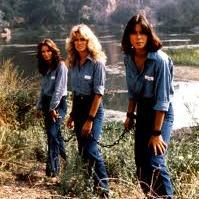 I don’t know if it has reached your town, but there is a horrible trend that is spreading across Wargaming. It is nothing more than oppression. A practice that is should be condemned and banned. It is the sort of thing that you would expect from a 3rd world country. Those forced to participate often do nothing as they are subjected to this abuse. Hours to days are lost for these poor souls. What about the lost production as well?

Most importantly it is something that every spouse should be ashamed of. As Beyonce put it so eloquently…

So why is that woman willingly shackling themselves to the gaming table to watch as their male partners throw dice for a few hours!

I go to my local store and they are there!

I go to Tournaments and they are there!

What are you doing?

You don’t play the game?

Don’t tell me you like it, that insults the brains of intelligent beings. Stop pretending you do, because what I can see in your vacant eyes tell another story. This growing phenomenon was so disturbing that I took the time and compiled some possible explanations for this behavior.

The Fetish Theory: men and woman torture each other by watching each others hobbies? Does this mean the men go to pilates class? Crochet group? Bachelorette marathons? Oprah book club!

The Theory of the Time Out: Both partners have pre-determined punishments for bad behavior. Woman breaks figure is now forced to watch games. Man forgets to take out the garbage he must take wife out to dinner, that sort of thing.

The Theory of Distraction: Woman agrees either for attention or predetermined favor to watch game in order for man to distract and take advantage of ogling opponent.

Having talked with many women with gamer partners about this very issue and they look at me coo coo trying to understand why any female would subject themselves to such obvious torture. Still, almost every week I see them just sitting there patiently watching the men.

This got me to what I think must be the best theory.

Let us look at the symptoms.

Of course, all these symptoms could mean mail order bride, fem-bot, co-dependency disorder, or 1st cousin.

I just think mind control fits with the wargamers mentality the best. I mean really think about it. Does any gamer really wear the pants in a relationship with a woman. Most of us are lucky to have a girl talk to us let alone date us. So guys. Yeah I am talking you! Hand it over or I am turning you in.

There are laws in place against mind control right?

Either way, please for equality in the gaming men…

Has anyone notice what I am talking about? What other explanations could there be for this behavior? Do you find it distracting or off putting if someone’s S.O. is watching and interacting in your games? If you think you want more of this sort of non-sense head over to http://bloodofkittens.com/ for more…