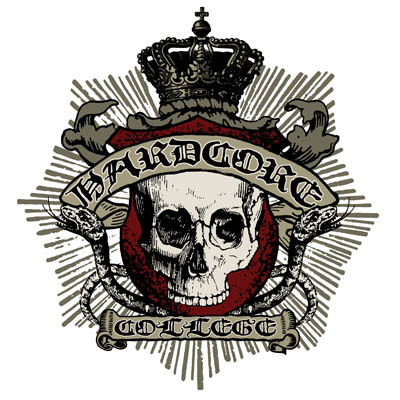 One competitive format of Warmachine/Hordes stands out from the rest as the craziest, most time intensive, most intense, and (for some of us) the most rewarding.  I speak, of course, of Hardcore.

For the uninitiated, Hardcore Warmachine/Hordes is a format in which all models must be fully painted, play happens under extremely abridged turns (e.g. – 7 minutes per player per turn for a 50 pt game), only a single list is allowed, and the only scenario is Killbox (warcasters/warlocks must remain in a 10″ square in the middle of the board, assassination is the primary victory condition followed by VPs in the killbox if the match times out).

For you Games Workshop players out there: Think ‘ardboys with a painting requirement using smaller armies and with very fast turns.

I’m going to skip straight to the meat of the matter, but for more background information on the Hardcore format, please see the Streamroller 2010 Rules Set.

You’re probably asking: “Why is Hardcore so great?  Why on earth would I want to stress out about completing my turn in 7 minutes?”

For starters, Hardcore rewards multiple kinds of play.  Four rewards are given out for Hardcore, they are:

This allows players to play to one of these specific goals or to switch goals mid-tournament.  For instance, if you lose in the second round and haven’t gone light on killing the enemy, there’s still a good chance you can pick-up Executioner.  Moreover, Mage Hunter can be snagged by anyone with a little luck and a careless opponent (and in the bottom half of the bracket, your chances of finding that combination go up a little bit).

This helps keep players at the event for its duration, rather than dropping from the tournament because they feel they have no chance of winning. As for 7 minutes turns (for a 50 pt. game), they require some finesse to complete, but this isn’t beyond the pale for most players (especially in Mk II).  Here’s some tips on how to complete your turn on time (big shout-out to PPS:Mod_Not_Dice on the Privateer boards, who taught many of us these tricks via his Hardcore Primer on the old boards):

– Know the stats for every model in the game and know the rules, errata, and FAQ inside-and-out.  I’m not joking.  Aside from making you a better player, it’ll make play a lot quicker when you’re not asking to see your opponent’s cards during your turn.  It’ll also make playing against you a much more enjoyable experience.

– Roll “to hit” and “to damage” at the same time using different colored dice.  I like to use one color of dice for the attack roll, another color for the damage roll, and a black dice for column.  Obviously, if you have a re-roll ability, intend to boost the damage roll after hitting, etc. this doesn’t work.  Most of the time it does, and its a huge time saver.

– Practice a system of using tokens/markers for at least a month before a Hardcore event.  Having status effects (e.g. – upkeep spells) clearly marked on the board makes it easier for you to remember the effect and easier for the opponent to do so too.

Keep the above in mind and you should have no issue keeping under the time limit for a turn.  Don’t forget, for really important/time-intensive turns, you do have a single time extension.  Call it early and don’t forget to use it!

Now that you’re familiar with the Hardcore format rules, here’s some suggestions for list building:

– You only get one list, so avoid bringing someone with lots of bad match-ups/one gimmick of a kill condition unless you’re really, really good with that combination.  For example, I wouldn’t bring an Epic Severius list that focused solely on using Awareness to assassinate the opposing warcaster as the first time you run up against Stealth, Sacrificial Pawn, etc., you’ve got few options.

That’s not to say having a defined kill condition is a bad thing, just ensure you have flexibility.  Where the Epic Severius list above wouldn’t do well, a well confirmed pMagnus list might do just fine, despite its primary kill-condition coming from the ranged attack vector.

– Ensure that your list won’t be trumped by some common power builds.  I tend to look at how my list would fair against a Ravyn tier list, a Rahn “mittens” heavy army, Siege, Terminus, Kreoss, pKreuger, and eMakeda.  Look for weaknesses in your build and try to compensate without making your list “over balanced” (i.e. – making it cover so many deficiencies it loses it teeth). (Quoth the Ravyn: “If your warcaster has less than ARM 15, my theme list will murderate it and desecrate its corpse in ways that would make Jeffery Dahmer blush!”)

If you can identify a bad match-up, play against the match-up as much as possible before the event so that you’re not surprised by the likely combinations you’ll be facing.

– Its fairly self-evident, but build a list you think you can play within the Hardcore time guidelines.

– Practice playing under a time limit.  I can’t stress this enough; I’ve seen plenty of great players lose in Hardcore because they weren’t used to the format and weren’t prepared for the mental stress it entails.

On that note, drink plenty of water during the event (always a good idea anyway), sit-down when you play, and find a way to cool off during the lunch break.  Hardcore takes a lot out of you (you typically get 5-6 games in 8 hours of play); don’t underestimate that.

Hardcore can earn its name-sake between the in game stress and stress of ensuring your force is fully painted before the event.  It may superficially seem like a lot of trouble for little pay out; however,  I encourage you to give at least one Hardcore event a shot (e.g. – the 75 pt. Hardcore event at Templecon 2011).  It makes you a better player, lets you play a large number of people in a short amount of time, and forces you to get some color on your models.

To quote an old Privateer adage: Play like you have a pair!  Play Hardcore!

What say you about this Streamroller variant?  Do you like the changes from the Mk I Streamroller rules vs. the SR 2010 changes?  Tired of the Mountain Dew commercial-esque “Hardcore” moniker?  Let’s hear it?