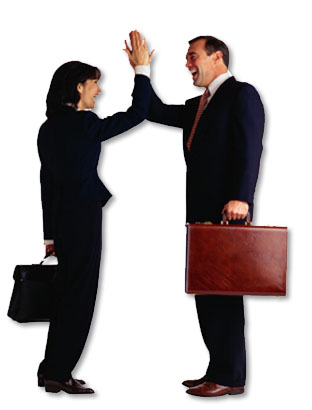 Hey all, Duke here again… Today I wanted to go over the social contract that exists in our specific world between the game store and the gamers.

For those of you who have had the pleasure/pain of sitting through Philosophy 101 you remember that the idea of a social contract implies that a specific group of people give up their sovereignty to a specific authority in order to receive or maintain social order through the rule of law. It can also be thought of as an agreement by the people on a set of rules by which they are governed. i.e. by the people, of the people and for the people. (Stop yawning! It is only the first paragraph!)

Mostly, I want to cover this from the angle of the social contract that exists between the local game store and the gamers who are within its area.  I really want to cover this from a standpoint of duties due from each party to the other in an effort to see the social contract we have developed.
First a disclosure… Duties owed are not hard and fast rules, they are really more like guidelines, much like the Pirate code. But realize that ignoring too many of these duties can have possible negative consequences.
Duties Owed by Store:
For this discussion I won’t include online only places and just account for brick and mortar locations competing in the same area for the same dollar.
1. Duty of price competition:
This is probably one of the most touchy of the duties owed by any of the parties. Stores may have opened their doors because they have a love for the games they sell, but I am pretty sure none of them opened their doors with the idea of being a non-profit.  However, we know that many places will compete on a price level very heavily. I do not venture to suggest that a store should always offer the absolute lowest price in the local area (ex: 30% off all items).  What I am saying is that the local game store should look to find what is the most competitive price that they can provide while still remaining profitable. If this means that they develop some type of customer loyalty program then fine, or if they decide to not do anything at all that is ok too, because this duty is heavily reliant upon local competition. Also, I should point out that stores can compete on a price level without offering a flat discount on every item. Competition on price could take the form of something like:
– Buy X get Y for free or at a discount.
– Pre-order X amount of product and get the newest codex before everyone who didn’t pre-order (I.e. A midnight release)
– If you buy so much in a given time period you can become a “gold” member, which would give you the right of first refusal when only a certain amount of an item comes in. (How many times have you been the one who didn’t get a new item cause all of the items ordered by the store were bought by the people who camped out at the store?)
– Join the club that plays at the local store and receive a discount on specific items.
2. Duty of stock:
When you go into any store, be it a large corporation or a small mom-and-pop, you expect to have the items you order arrive in a timely manner. Our local game stores are not without this responsibility. However, we know that gamers can order goods and never pick them up (Aghast!). I think it is entirely reasonable to have a store charge for the purchase at the time of order. But if they do charge for the order at the time of purchase they have an even higher level of responsibility to order the item in a reasonable manner. For example, if a store makes its orders every Thursday and received every Tuesday and I ordered something on Friday I would expect that it would take about a week and a half for me to get my goods. But, if I ordered the item on Wednesday I would expect the item to be in store in less than a week.
3. Duty to support events:
Most stores operate with many other games under their roof than just 40k/WHFB/WM/FoW (Aghast part 2!).  If there is a group of gamers or a club then the store should do what it can to support that group.  For example, if a club wants to host a tournament then the store should do its best to accommodate the tournament. However, the store is not by any means expected to hurt its own bottom line to support the event. Some ideas about how a store can support events:
– Extended hours for specific events.
– Making stock available for the event. For example, if it is an apocalypse mega-battle, try to have some Apoc. templates available in stock for people to buy. This also has the added bonus of adding sales to the store.
– Allow food or drink to be ordered at the store
4. Duty to provide gaming space:
This is one of the most simple and obvious duties owed by a store, if a store cannot provide any space to play in them it becomes very hard to expect loyalty towards the store. This is due to the gamers basic social contract with a store: provide us space and time to play and we will buy your stuff. Because this duty is fairly well understood I’m not going to go more into it, except to add a caveat, if your store absolutely cannot provide space then be understanding.


5. Duty to maintain stock to a reasonable standard:
Though we gamers sometimes assume a store simply carries whatever they want to the truth is far from that. Games Workshop sets stores at different levels, with their different levels comes the ability (and requirement) to carry more product. Gamers should be able to expect that a store carries the required amount that gw dictates… For example, “partner,” stores have to carry more in stock. But on top of that I don’t think it beyond reasonable to hope that a store would carry the standard products that it’s player base use, I.e if your player base all play marines, the for goodness sake have some marine stuff.
1.  Duty of support: This is the big one!  Obviously when we spend our hard earned money (or lack thereof) at our local store. It helps to keep it open for our future gaming addiction needs… Assuming the store has done its job we should be good little boys and girls and support the store. This is also a duty to support the store by playing at it.
2.  Duty to represent store: This one is a kind of an unspoken duty, but it is a simple one… Have you ever noticed that when you meet other gamers you tend to talk about what store you play at most often?  It is usually found in the direct question “What store do you play at?” (I know, aghast part 3!) It may not seem like it but this is a form of advertising call “word of mouth,” which is a form of Guerilla Marketing. Help your store and give it great reviews where it deserves it, and try not to focus too much on bad parts if they exist.
3.  Hygiene:  LINKAGE, enough said
4.  Duty to recruit: When a bright eyed kid comes into the store with his oddly assembled and even worse painted Necrons don’t be the jerk who discourages him/her from playing… I don’t care if your store is the “highly competitive WAAC store,” or if your getting ready for some awesome tournament (Shameless self plug). Take the time to be nice to them, maybe you don’t have time for a game right now, but that kid is the future of the hobby and one day will beat your face in with those scarabs (I have seen it happen!). Also, as part 2 to this duty: bring in your friends, especially those who haven’t played since 4th.
5.   Duty to not be an asshat: If we want to be told how stupid we are we know where to go. Be civil towards other players, don’t blacklist (Unless they really deserve it), don’t be xenophobic of gamers from other stores either.
Ok, so this is quickly turning into a wall of text.  I’ll call it done here.  Like I said in the beginning, these duties aren’t laws. You don’t HAVE TO follow them, but if both parties attempt to do these things you should have a great store with tons of cool guys to push our much vaunted plastic toy soldiers with.
This isn’t an exhaustive list either, what duties would you add? Which ones would you take out?
Duke

Goatboy - Bringing the Red Shirts for the Win! 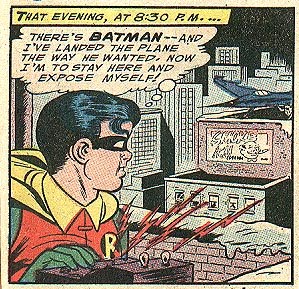