Winning with Necrons Part 4: The Other Special Robot Dudes 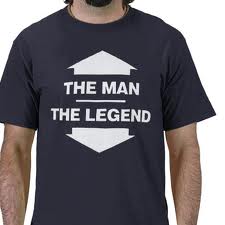 Last week we explored half of the HQ special characters. This week, we’ll explore the second half. Next week, we’ll round out the HQ choices and dig into some of the combinations and lists to pull out of the HQ selections.

Reecius here again with another article. As always, check out our Frontline Gaming blog for access to the data we use to write these articles.
Vargard Obyron
Obyron is the only Necron special character with any real teeth in combat. He is able to deal a lot of damage, but lacking an invulnerable save, still must be careful or be cut down before he can swing.
With WS 6, he will hit most enemy units on a 3+, and his 3 attacks plus Warscythe means that he will be formidable against pretty much any target. His Cleaving Counterblow ability also allows him to stack attacks, up to 6 extra, so long as he lives long enough to use them. Again, as with many things in this codex, the devil is in the details. You must be very mindful of where you position Obyron as power weapons can spell his doom. You want to place him in combat in such a manner as to avoid weapons that bypass his save, and allow him to rely upon his 2+ armor to stack up those bonus attacks. Using him wisely means he can really turn into a killing machine. Poor use means he will often die before contributing much.
Obyron’s other ability is the Ghost Walk mantle, which allows he and his unit to deepstrike anywhere on the table, even out of combat. As we continue to play test this codex and uncover more and more combos (the book really is a thinking man’s playground), we have found veiling units to be wonderful additions to the army. Obyron’s is the best, plus if you take Zandrekh (the two of them count as a single HQ choice) Obyron can deep strike to Zandrekh without scattering as if he were a teleport homer. This gives you a lot of maneuver tricks and really encourages baiting tactics (using Zanrdekh as bait) and grand strategies as it allows you to rapidly reposition your forces.
An interesting rule for Obyron is that if Zandrekh is assaulted, Obyron MUST teleport into his combat to try and protect Zandrekh. This can be a weakness as a clever opponent may use that to pull Obyron away from where you want him. It could also be used by a clever Necron player to deliver Obyron from one point of the board to another by baiting an enemy unit into assaulting Zandrekh.
Ultimately, Obyron is a character that adds a lot of punch to a Necron army, but also adds a great deal of mobility. Pairing him with units such as Lychguard can help a great deal to get them up field where their Dispersion Shields can cause a lot of damage (although we have yet to really make Lychguard work in a way that makes them a viable competitive choice). We have found that the best use for him is as a third Veil of Darkness for a high mobility Immortal list who also happens to be very good in combat.
Trazyn the Infinite
Trazyn is an interesting HQ. He has some really cool rules, and has potential to be devastating, but for a trim-all-fat competitive list, probably won’t be seen as he is not reliable enough. He has Phaeron and Mind Shackle Scarabs which make him a great addition to a unit of Immortals or Warriors. However, he has no invulnerable save, nor does he have much of a combat profile.
He does, however, have a very cool combat weapon: the Empathic Obliterator. The weapon allows him to “hit” all like models of the type he has killed. This means that he could really do an incredible amount of damage to a unit if he manages to kill a model (it is like a toned down Cleansing Flame), but lacking many attacks or a power weapon, this is not incredibly reliable. His Mind Shackle Scarabs do mean that he has good odds of stopping a special weapon from swinging but if they don’t, Trazyn is going to get hit hard.
He is also a scoring unit, which is cool, but since he will most often be with troops, not incredible. With Surrogate Hosts (his ability to inhabit another random friendly model upon dying on a 2+), even if his squad gets wiped out there is a chance he will be able to rise again to claim or contest an objective, if he takes over the right model (and there is one for him to inhabit). Possibly game winning but, again, not that reliable. Anrakyr the Traveller
Anrakyr is an awesome character! He has really cool rules, and can be very powerful on the table top. He lacks an invulnerable save, which is his only real weakness, but he packs a serious punch. In combat, he has a Warscythe, Furious Assault and Counter Attack. This makes him the second best combat special character behind Obyron.
He may not pack quite the punch, but he has one very big advantage: he can take a Command Barge where Obyron cannot. Command Barges are fantastic in general, but for a character like Anrakyr, they are amazing. Why? The Command barge allows him to fly around, chopping vehicles in half (hits on a 4+ or 3+ no matter how fast the target vehicle moves) and is a fast, open topped, AV:13 vehicle for delivering him into combat. Against min/maxed or non dedicated assault units, such as Long Fangs or IG squads, he is more than enough to tear them to shreds. However, the Command Barge also allows him to get into range to fire his Mind in the Machine ability more rapidly.
Mind in the Machine allows him to fire an enemy vehicle’s weapons as if it were a Necron vehicle on a 3+, so long as they are within 18”. Moreover, the vehicle ignores any shaken or stunned results for that shot, and fires as if it were stationary. Wow. Imagine what you could do with that? Very awesome ability, and anything that can turn Psyfilmen Dreads on one another is like a little slice of heaven in my mind! With Ever Living, even if destroyed, he will often be in the enemy back lines and can rise again to be a persistent pain in the butt. Very cool character, and definitely a solid choice for a competitive list.
I promised to go into generic characters and court choices this week, but we’re out of time! Next week we will finish off the HQ choices as there is really a lot to talk about. This book is just so much fun and has so much depth, I would be remiss not to give each unit enough time.
What are BoLS fans’ thoughts on these special characters?