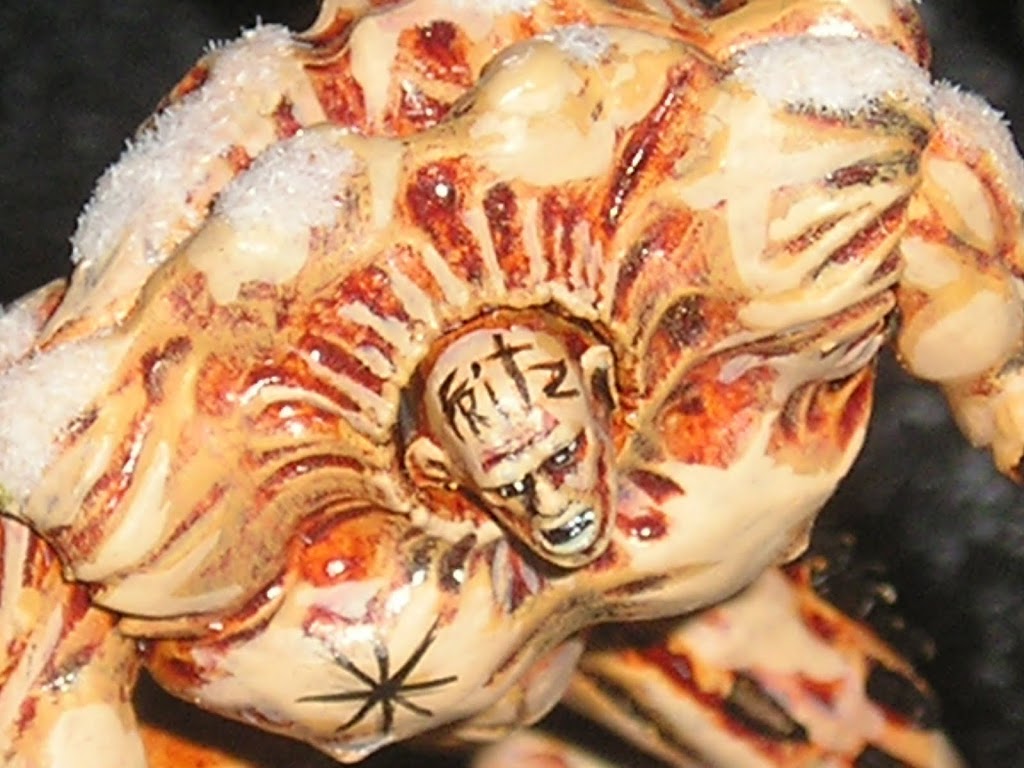 Fritz here with a few finer points on the use of an independent character for those of you new to the game- Here are some ideas to keep in mind for when the opportunity arises for your heroic character, villain, robot, or space bug.
When we think of an independent character, often the first figure that comes to mind is the leader of our army- that HQ slot fillout that tends to do something. Maybe they have some cool in-game powers, or change the composition of your army- these are things the points buy, but I’d like you to start thinking about your IC/HQ choice on the tactical level.
Of course this doesn’t always apply to every HQ, but the examples should give you a few ideas…
First: Use your HQ choice to extend the life of the unit they are with. In my Necron list I have a big group of immortals that I’d like to keep alive as long as possible- sure the 3+ save and reanimation helps, but over the course of a game even a single saved loss adds up. In attaching Imotek to the group I can take the first incoming wound on him with little to worry about if it is a normal AP shot. He has multiple wounds, and a 2+ save. Against low AP models if I don’t have cover I can take his invulnerable save. This is the first way to use an IC that has joined a unit, and it’s extension gets even better of you have a way to re-roll that armor save like in the example of Eldrad and fortune when he has joined a unit. Another example is in Tyranid lists where I place my Alpha Warrior depending on the army I face. If I need to keep the Hive Guard up he goes with them, if I want my Venoms for as long as possible then the Alpha goes with them. Of course the trick is to take that first wound or two and then ease off- don’t get your IC killed by counting on the luck of the dice.
Second: Breaking off for additional attacks.
Beginners to the game tend to keep their HQ choices anchored to a single unit and miss opportunities to break away from the unit at key points where it can really impact that game…
I had built up a nice Grey Knight fire base against a Necron and Tyranids onslaught but was still taking heavy losses. A group of Heavy Destroyers was blasting my Terminators and every failed cover save was really costing me. Something had to be done. With my last two Terminators and Grand Master attached I moved out and broke off from the unit so I could engage the two Destroyer groups at range with my psycannons. With one in the squad and one on my ‘master if I kept them together I could only (in theory) kill one unit- but in breaking off and leaving the Terminators I now could fire at both units. Yes, I was aware that the Grand Master could now be singled out and killed in one shot, but at that point in the game it really didn’t matter. Know when it is “ok” to gamble with your HQ choice despite the 100+ point cost.
Third: Right up the center.
Know what your HQ choice brings to the game and when their time on the table is done. Switching back to Necrons and Imotek, you are only really taking him for the lightning attacks and his wounds/staff/gauntlet. When they are done it’s time to break off and march him up the table. Nobody really wants to waste a large unit of shots on a model that can’t really do anything, and you will be surprised at how far and what interesting places on the table that lone useless HQ choice can find themselves in.
That should give you some starting ideas on how to max out the point usage of your HQ choice- any examples or thoughts of more ideas?