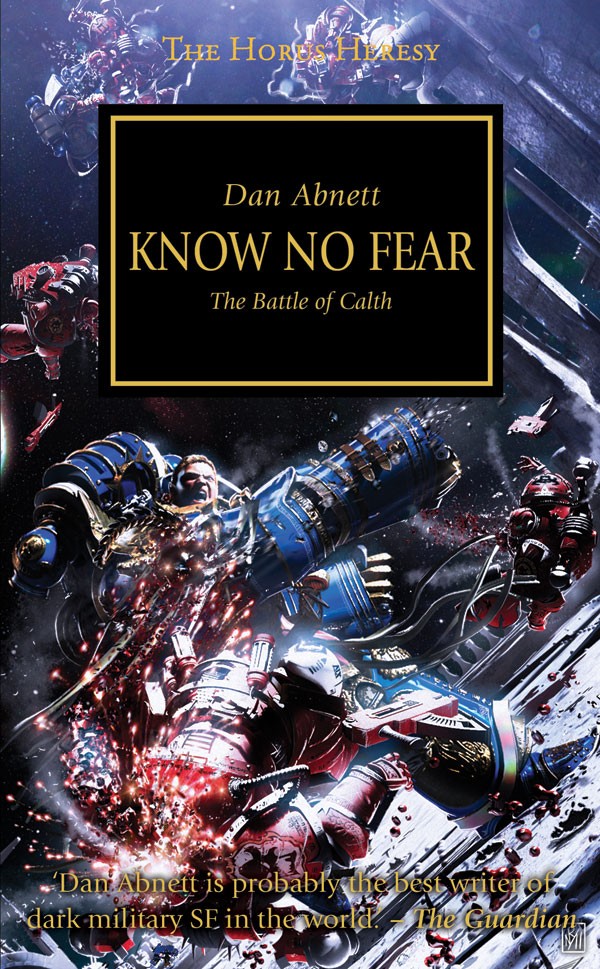 Tick tock, tick tock – Dan Abnett winds down the clock on the Ultramarines in a suspenseful pageturner I dare you to try to put down…

We’ve seen all the players in this latest Horus Heresy novel before.  We’ve seen Aaron Dembski-Bowden light the fuse of the simmering contempt between the Ultramarines and the Word Bearers in The First Heretic.  Now Abnett pushes down the plunger and sets off the dynamite!

An Abnett novel is always both the same and different.  His ability to structure a novel is completely new ways, from Legion, to Prospero Burns, to Know No Fear is the sign of a great writer, able to change direction at will. Yet the details of Abnett’s writing style, and his prose are still warmly familiar.  Here, he takes us on a tense 400 page journey of suspense and betrayal.

With a dizzying cast of characters, from primarchs to humble citizens, both unknown and some old hands we haven’t seen in over a dozen novels, the plot starts with a bang, and never lets up.  Above all Know No Fear is a story of betrayal most foul.  We know exactly what is going to happen on Calth from the opening pages.  We know broadly that the Ultramarines are going to be decimated at the hands of their traitorous brothers.  That is known, but like idling in traffic at a horrific accident, Abnett sets up an inescapable and merciless timeline that won’t let you turn away in horror and disgust.

There are no keystone cops and half-wits from either Legion as we’ve seen in some other novels.  The Word Bearers are cold, calculating, merciless and efficient, the very example of what a Legion can accomplish with exhaustive planning and no remorse.  The Ultramarines are carried through by simple bonds of brotherhood, honor, and most of all, a grim determination to just not lie down and die.

Both Lorgar and Guilliman get off some great dialogue, with Lorgar perhaps granting the best one-liner of the novel.  We get to see some amazing plot twists, some epic moments including a grand cruiser plunging out of the heavens, and even a most unexpected romance.

Its Abnett at top form, and Calth, the Word Bearers and the Ultramarines will never be the same.