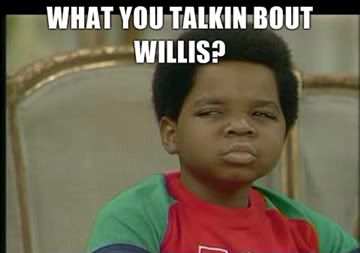 Let me admit up front, I’ve done next to no blogging on 6th Edition:  no lead in, no ‘day of,’ and no online research.  Nope, none of that!  Just reading the book and playing the game.

And re-reading and re-playing, trying to get a handle on how these changes play out.  With a bit of time spent on Army Builder trying to break the game, of course – but we’ll get to that in a bit.

Anyway, this week real life hit, what with Monday and a whole new work week to tackle.  Waking up early yesterday for a long day at the hospital,  I poured a cup of coffee and opened my barely touched MacBook Pro to read Goatboy’s article.  I never miss it!  It’s the Monday-at-midnight-kickstart-the-week-on-Bell article… not to mention, he’s a pal.  I never miss it and always read it and this week was no exception.

Except this week was an exception, because I simply couldn’t have disagreed more.  Holy Sadness Doughnuts, Goatboy, what have you mixed in your Goat-juice this time?  What’s this, “We should stick to 1500 points so we don’t overbalance anything,” nonsense?

Enough picking on Goatboy.  I mean every word, but believe me when I say he’s the single most popular hobbyist out there for a reason.  He is simply that nice and that genuine… and if you think I’m man-crushing then I’ll leave it at we’ve shared a bed on trips and maybe once or twice woke up spooning. I can neither confirm nor deny.  What happens at Indy Tournament…

Point is, I suspect there’s a lot of knee-jerk reacting out there, which is probably pointless.  C’mon folks, the game isn’t a week old, most of you probably haven’t finished a game using all the rules, and already there’s a consensus?

Let’s take a random example.  Oh, say like an article that, I don’t know, advocated running future tournaments at 1500 points…

I really think the lower point level will allow for a much more interesting build design as you have to think what is worth it and what isn’t. It really will help limit some crazy Death Stars as well as keep the MSU nonsense off the table top as much. It will also most likely keep the Ally menace at bay a bit as people can’t really rely on an expensive friend to help them out in the end.

Not sure where I read that!  *cough*

So Goatboy some random person said quite a bit there – but I have to ask myself, “Isn’t that taking a lot for granted?”

None of Us Know… But

Let’s go ahead and stipulate something important.  None of us know how this game is going to shake out… but I’m already comfortable making a few broad predictions, just to see how silly I may look in six months.

Prediction One:  The force organization chart with allies is not as easy to break as it initially seems.

I spent two pleasant evenings trying to break the game.  Here ‘break’ is defined as creating the cheesiest, beardiest, jankiest army possible at 2K.  Sure, there was some fun ideas, but the restrictions of the force organization charts – that is, 1 HQ 2 Troops opens an ally which must have 1 HQ and a Troop, and so on – makes it easier to overspend on HQ than somehow fill up 8 Heavy Support spots. No doubt somebody is drooling at the thought of a bunch of Wolf Lords on Thunder-Puppies, but therein lies this trap.  This game appears to reward a balanced approach.

There’s no point over emphasizing this point; people will try to break the allies system, but I say go for it!  That’s half the fun anyway, but be warned!

Because to my mind, the second full force org slot at 2K is where the fun is at, allowing armies like Nids to escape the slot-bind of the Elites section.  Seriously, the Tyranids are going to be nasty.  Just remember I said so when some of you scoff!

Prediction Two:  The emphasis on synergy between infantry, tanks, transports, and flyers makes everything useful again; balance has its place.

My first game surprised me in Round Two, breaking forever the paradigm of 5th edition.  That’s when his Jetbikes proved how fast they were and Scorpions trapped me in a tank.

Regarding the first… popup attacks are back!  The Eldar can swoop in from a distance, shoot, then retreat; actions across a whole phase!  They were everywhere, stinging like bees and surprisingly hard to put away.

And the second… the Scorpions outflanked, rushing my Long Fangs.  I intended to use my Hunters to take them out – except they were in a tank, hanging out.

How embarrassing!  You can’t simply disembark and charge any longer – no hiding!  You’ll need a full round for a unit to follow through on its task.  In this case, the Hunters could have disembarked… straight into a charge of Chainswords and Mandiblasters.  To add insult to injury, the Wave Serpent penetrated the Rhino’s army, Stunning the unit.

Look up what that does!  Snap-firing wasn’t good enough, but neither was hanging out in a coffin in an overrun position.  I got out and ran.  It was glorious!

In my last game, my opponent’s Assault Troops quickly overran my flank – because those buggers can potentially charge 24-inches.  Believe it!  I thought he would roll my flank, but some emergency positioning – plus a Flyer – put paid to the problem.  The star unit of the game was the humble Necron Warriors.

I’ll simply say this:  you don’t know what you think you do.  This game changed everything – throw out your preconceptions and start over with your favorite army book.

Yes, we’ll see Deathstars.  Yes, some folks will remain attached to MSU builds.  And yes, we’ll see clever use of allies!  All that and more – but we none of us know how it’s going to shake out.  Let’s not get too worried just yet; balance and clever play may yet win the day. To close this monster out, there’s more on my mind and I’m itching to keep writing, but enough is enough.  Sixth Edition Warhammer 40K game is a discovery and I, for one, am thoroughly intending to enjoy the twists and turns!

Still, it’s your turn.  Here were some predictions that weren’t used in this article:

The game will play faster than 5th edition… allowing for larger games and more toys.

This edition may have found a home for both competitive and fluffy players.

The Tyranids got the strongest boost… and may well be the sleeper hit of the edition.

Agree or not, your option!  It’s what the comments are for.