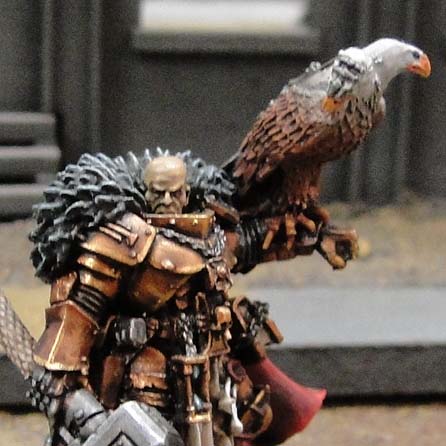 Checkout the list I’ve been playtesting so far for Sixth Edition.

Granted I talk about armies more than I actually play, but I like to think I still got my finger on the pulse of the Meta.

Of course I don’t have time to paint up a whole big army right now either, so I re-did the Grey Knight list Goat Boy, Paul Murphy and I came up with after Feast of Blades last year (the one Paul finished 3rd at Adepticon with) and it works pretty well.

I haven’t played it against multiple Necron flyers yet so it may still need additional anti-flyer support, maybe in the form of some Imperial Guard Allies.

This is pretty much a list in progress, and as I play it more and more, I’ll be morphing it into something better and better. I wanted to try to show the progression of a list from it beginnings as it evolves, heck maybe throughout all of Sixth Edition.

I’m also trying something new, and playing the list unchanged against at least three different armies to see how it stacks up, before tweaking it. Now granted seeing a list on paper is one thing than actually seeing it in action on the tabletop.

The point of this build is basically to take the center of the table with the paladins using the defense line for cover. Attach Draigo, Cotaez, and the Techmarine to the Pallies for a huge unit of 2+ saves.

This gives you tons of “Look our Sir” opportunities as the whole squad are each Characters, and all have the same basic save.  Because of this IMHO I don’t even think you need an Apothecary to help with wounds, and that right there frees up like 100 points!

You can even attach a stave to a random brother Paladin and throw him some ap2 loving in combat if Draigo is starting to take a beating.

Generally you wont need to, but you can even fortify terrain with the Techmarine for a 4+ cover in here, (the normal 4+ cover from deploying within the Aegis isn’t too shabby at all either).

From here hopefully you can secure / contest / threaten multiple objectives (but remember you can score only one at a time now) at once, and dictate the flow of battle.

Remember that both the strike and interceptor squads have deep strike, so don’t be afraid to use that to your advantage for capturing things late game (by holding them off via psychic communication).

Conversely when faced with drop pod or deep strike spam use the squads’ “Warp Quake” to disrupt their plans altogether.   Another cool ability of this army is that whatever appears from reserves within 12″ of Cotaez should get blasted by the unit of Pallies (re-rolling of course) due to his “I’ve been expecting you” rule!

The power armor squad’s weapon loadouts also mean you can take on a variety if smaller rearguard units an still survive the encounter as well. If you happen to be playing a VP mission you can also keep the vulnerable razorbacks in reserve longer as well using the Psychic Communication trick if facing superior firepower.

As the paladins advance up the table the interceptors / Dredknight can jump around to protect the flanks and contest / control the objectives.

Don’t forget to use Draigo’s “Grand Strategy” to make extra scoring units (see above) if you need them.  If the Paladins advance deep across the field, the henchmen themselves can also hold rear objectives behind the Aegis Wall as well. Cotaez is a beast now because he can drop his Psychic powers for two rolls from the Psychic Powers chart, and he can even split the rolls between the disciplines he can take.

I would recommend at least to take the Primaris power from Divination as allowing a unit of Paladins to re-roll all to hits, is pretty ridiculous. It also makes snap fire more attractive to attempt as well!

The biggest fear of all Paladin builds (and the main reason we lost our bid for back to back Adepticon Team Tournament victories) is failing morale checks, most notably from tanks shocks.  Well now since Draigo is Fearless, these guys are pretty much staying put as it confers to the whole squad in sixth Edition!

Be careful advancing partially out of cover as you can now get allocated to specifically. With Paladins it doesn’t matter as much, as their saves are pretty uniform, BUT if only one model is out there by himself he may suffer severely for it.

Don’t forget too that if you are within 12″ of the Dreadnought, Psychic Powers targeting your squads are -4 their Psychic Test due to it’s Reinforced Aegis ability.

That’s all I have time for today, checkout the pictures of the assembled army below pictured at 1850 points. Basically it’s the above list minus the Dreadknight (note the white padded power armor Strike Squad is my stand in Interceptors).