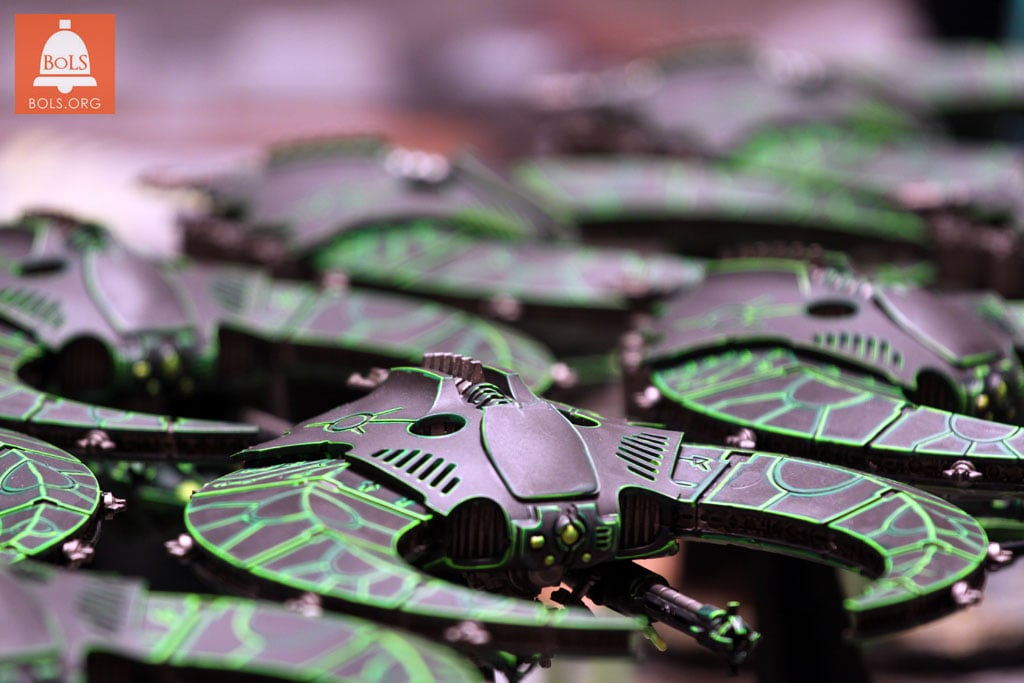 This list is what had folks worried.  Its funny to see the difference between what was winning at a big event, compared to what people were talking about.

The odd part about Feast of Blades was the dual threads of player conversation versus what was occurring in the rankings.

While Chaos Daemons were sitting on Table-One 6 out of 7 rounds, this is the list everyone was keeping their eyes on.  It never made the top table, but it certainly garnered a heck of a lot of attention trying.

People love to monday morning quarterback, but when you have an actual list to look at and have to think about how your current 40k army (the one you’re using right now) would deal with it – immediately – with a timer counting down its gets a bit trickier.

So how would you fare?  Talk about your current army and what you would do in deployment and strategy if you walked into that list – say in an hour… Don’t swap out any of your models – that would be unsporting.