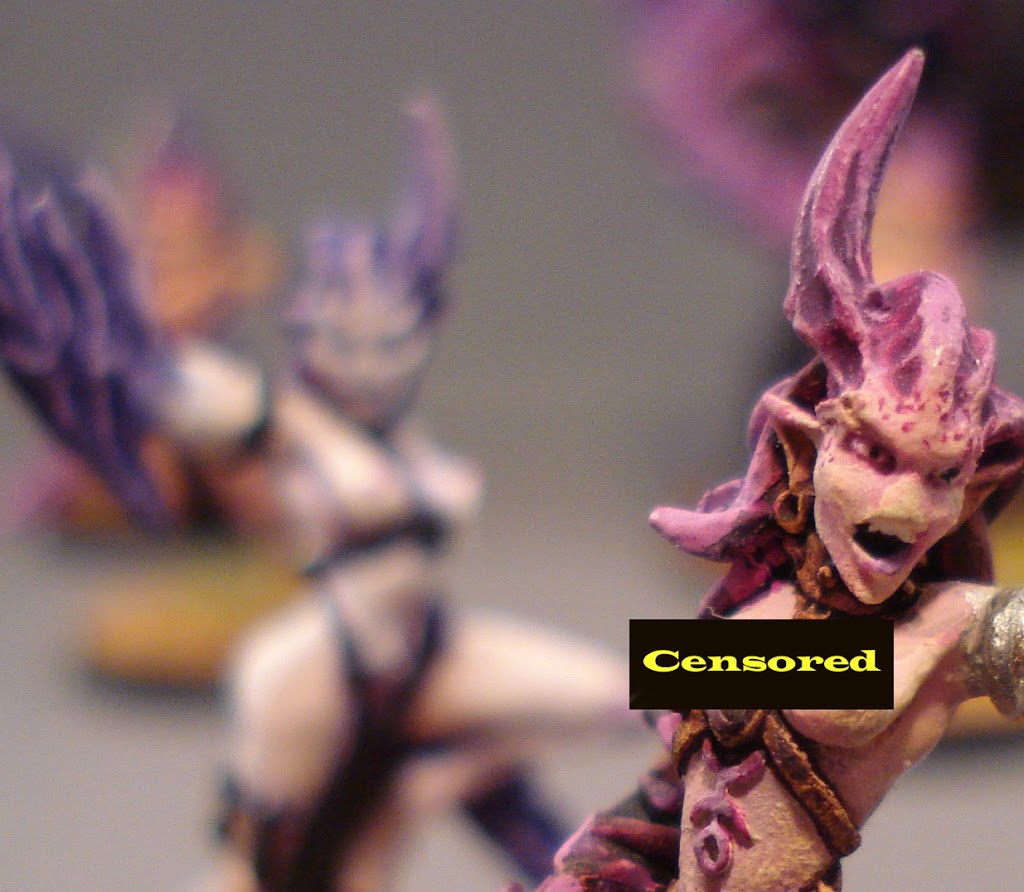 I’ve been doing this wargaming thing for awhile, about 23-years now.  I’ve seen a lot of trends come and go over time, but it doesn’t take long to realize wargamers tend toward one of two broad categories…

…those who keep their toys and those who sell them.

Brent here, fresh from playing way too much Call of Duty Black Ops II, to break away and share pictures of an eleven year old army. What was old is new again!

Contrary to my normal wordy approach, this is more a pictorial than an article.  My point is fairly straightforward; skip to the end if you can wait.

Or, on the way, enjoy these pictures I snapped of Little Barrera’s Slaanesh army circa 2001-02.  The painting style is different these days, but it’s fair to say we’ve come full circle.  In 6th Edition, it wouldn’t take much to make this army playable again! This army demonstrates a trend in miniature design that’s only recently become apparent:  GW has pretty much fixed its basic look – everything from here is improvement on the theme.  Except for the Daemonettes and the scratch-built Dreadnought, this is an army you could put together tomorrow.

The point here is simple:  new Codices or Army Books aren’t going to make your army’s look obsolete!    There’s simply no need to update the entire army or sell it off and start anew; we’re in the era where you can simply add the new toys and carry on.

We’re in the Era of the Collector.  Hold on to your toys ladies and gentlemen, Unicorns and children of all ages.  You can break them out and update them in ten years or so…

…probably saving yourself some cash in the process!