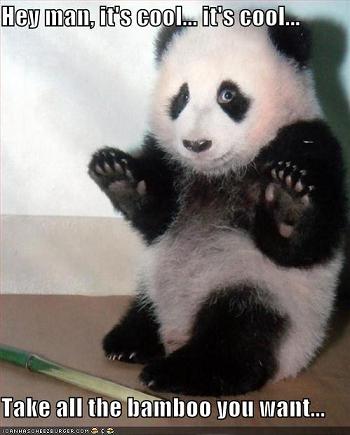 Goatboy here again on a fine Monday.  I want to discuss the idea that 1500 points might fix a lot of this “abusive” list nonsense we all seem to grumble about.

I say this as I have been thinking that going lower on the point limits might make for a better tournament scene.  You have more time between rounds, your games are faster, and you don’t have to travel with as much nonsense.  But the question is do the lists actually get nicer?

When you lower the limit of butt kicking points in a game you normally lessen the amount of models on the table top.  This lets you have more time to move your models, kill your opponents models. and most likely speed up the game.  All of this sounds great as a lot of the time a tournament leaves you feeling rushed and addled as you try to complete your games, eat something, and maybe have an adult beverage or two.

The other interesting thing is Allies will have less of an impact as you have more trouble fitting in the new hotness and still have your main army have something worthwhile.  You also have less ability to have throw-away options to hold your back objective as each piece of your army must do something more then just be the random 50 points that can hold your Quad-gun.  You also can’t throw as many points into “none” scoring options that don’t help you keep your objectives.

So this all sounds good to my mind but let’s see if I can build some terrible lists at 1500.  These are the things that will ruin your day if you face them as you just feel helpless.  I talked about it before, but having your opponent not feel a part of the game is a really terrible piece of the 40k puzzle.

Will start with the current annoyance on the block.  Demons bring a lot of painful things to the table top especially with their weakness really only being delegated to one Army/Ally – Necrons.  They have a hard time with flyers but any list that has bodies on the ground is going to be in for a world of hurt when facing a list like this one.

This list is just scary to look at.  Lord any foot based army would have trouble against this as there is so much coming at you. A flyer heavy army will just laugh at this list as it zooms around, dakkas what it needs too and moves on.  But this isn’t a nice list at all and I hope a new Demon codex will change up the army and move away from the swarm of doom.

This is just an example of an army book that is in dire need of an overhaul to help make it a better army to spend your time with.  Yes you will win but you won’t make many friends and really that is the best thing about this hobby/game.  If it wasn’t for my friends I would have to find something interesting in sports or some nonsense.

Necrons are the current bad boy as well with an army that is extremely annoying to play against – massed flyer spam.  At 1500 points they can take a large amount of decent flyers and can hopefully miss out on some of the normal issue it has with Hordes due to the lower point limits.  If you are playing an elite army look out as they just start to roll the 6’s and amp up their damage.  I just need you to roll a few ones to win the game.

This is another very scary list.  Of course if you get in, drop the Wraiths and a troop unit you might make them lose turn one but most players won’t let you do that.  This is part of the issue we see with flyers really pushing things into not fun for either player.  You either get lucky and kill them or just watch as those Croissants zoom around the table and spill butter on you.  I really think a balanced list with Annihilation barges, some Ghost Arcs and 2 to 3 flyers is a lot more interesting to play with and against.  Either way this is a straight 1500 list of doom you could see.

Grey Knights used to be the big bad of the environment and this list isn’t as scary as it used to be.  Still this is a nice starter design that is a tough nut to crack.  They have enough shooting to get at flyers that zoom around the board and they can easily pump out enough fire power to remove the close back of demons that could assault them the next turn.

This list loses to flyers a bit – but really it can shoot anything and as you start to roll 6’s to hit you will hurt opponents.  I use the two Inquisitors as it gives you the most Psychic ability you could every use.  Really Coteaz is 75 points too cheap at this time.  You mix this with the walking Terminators you got a really strong base that can shoot the crap out of stuff that might come too close to you if you don’t get off your Warp Quake options. I still think it might be too light and you could look at having a walking Strike squad instead of the Terminators to create another 2 units of GK to use.  It would fold to an assault a lot easier but it is something to think about when looking at the limiting factor of a smaller point limit.

I brought Orks up as they are one of the few Horde armies that doesn’t rely on tricks to get the job done like CSM do (Typhus).  This list just loads the board and goes for objectives.  It has a ton of shooting and can really damage opponents with consistent firepower throughout the game.  A Land Raider will ruin it’s day but you rarely see those anymore.

This is a big fat list and covers the board.  You could drop the Lootas and try to get more Boyz on the table top.  120 monsters is a pretty big issue.  I went with some Rokkits on the Shoota boyz as it will give you a chance to pop an armor 14 with all the guns to glance it out.  Still it covers the table in guys and you could add more if need be.  The Lootas can go to ground behind the Aegis for a 2+ cover save to annoy your opponents.  10 Orks means you are leadership 10 and not fearless.

What about the original bad boy? You could play some massive IG hordes and just cover the board in t-shirts.  Or how about having one of the better flyers in the game shoot lasers all over the place?  The army is still good and I think most people are just still trying to figure out the best IG army out there.  How about this list at 1500.

The blob hits the middle and holds it.  You try to cast spells as needed.  Your Vendettas come and do their business and Grey Hunters man the Quad Gun in hopes to take down a flyer.  It is another one of those win the mission lists that tries to hold the middle and start the process of grinding down the win.

Most of the other armies have issues when it comes to 1500 points.  Tyranids can be a real monster when allowed to “cast” spells all over the place but a limiting Army point limit makes them a lot harder to run effectively.  The Marine lists are ok as they can put a ton of bodies on the table top.  I think CSM can go the Horde route and try to abuse Typhus to win games.  They won’t destroy your army but they will sure give you problems for all the turns of the game.

All this list nonsense makes me think that limiting the points won’t solve the problem of annoying games.  I really think the only true way to balance things is some kind of comp that isn’t just completely insane.  I know it is awful as I always hated comp but it isn’t any fun to fly up to an area and just sit there and watch butter flavored assholes rain all over your parade.  I might go into a Comp idea that doesn’t try to be insanely restrictive and still allow for a large range of decent armies to hit the gaming table.

What do you think?  Should we look at lower point limits and some kind of comp?  Should we just say F it and let armies dominate and change throughout the life cycle of the game?  Do we just hope we get shiny new rules in the White Dwarf to let our armies become the flavor of the month?