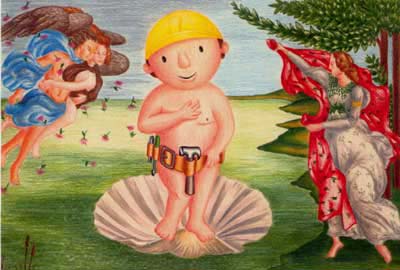 Goatboy here again and today I want to go into a bit of hobby fun as I look at one of my newest creations. Its the maddest Heldrake you’ve ever seen!

As you know I don’t like to just use the same model over and over for my copy and paste lists.  I am also all about creating evil looking monsters so my desire to have a different looking army lead me on a journey through abusing my Paypal account and getting ahold of some cool conversion tools.

I do enjoy the look of the Chaos Heldrake as I think it fits in the overall new style of GW’s Chaos Machines.  My biggest complaint is that there is really only one shape for the model no matter how many times you try to close or flatten the wings.  It still looks the same and I wanted something different for my own personal army.

I checked around and found a lot of awesome ideas.  Locally we had a player that building a Heldrake using some Tyranid wings in place of the evil triangles from the originally model and of course the always awesome Old School Terminator had an amazing Heldrake conversion as well.  I went with a combination of what I have seen around and mixed in my own bits thanks to the Tentacle Maker I created my own cat like monster.  I call him Dr. Screamclaw Deathmuncher aka Fluffy Pants. Parts list for those interested.
1 Maulerfiend Box – This is the main body, legs, head, etc.  You probably need the full kit as the bits separated out will most likely cost you the same so just look at one box.
1 Vampire Dragon Box – I used the wings and neck for this one.  Before I started on this project you could buy the wings from bits companies on Ebay but they dried up as soon as I started to get this build together.  Jerks.  I have enough parts left over for something else in mind so it didn’t go to waste.
Green stuff – lots of it to make the neck cords and wing cords and to combine all the bits together so it looks somewhat smooth.
I then made the building it hangs out on out of some GW terrain bits I had laying around.  I think I got them from a friend but originally I wanted to use a Valkaryie tale it was perched on.
The build went very smoothly and the parts fit together well.  In fact it was a very relaxing build when you compare it to other things I have kit bashed in the past.  The tentacle maker makes you look like a bad ass with all the cables and other bits of nonsense.
Here he is all painted up.  I went with Red because my Chaos Army is mostly red.  I did some changes to how I start with some of the colors and feel it came out nice and bright. Here he is asking for directions.  The Space Wolf was drunk so he was a jerk and told him the wrong way to go to the Sock Hop. Here he is thinking about what he wants to do with his life.  His degree in marketing is worthless and he just thinks I should have just been an engineer. Remember that Space Wolf from earlier?  He called him fat so he is hiding.  What a jerk.  It is like he thinks he is all awesome with his club. Right now I am trying not to build another Heldrake thingie.  I got this idea for using a Storm Talon and having the Demon bursting out of the cock pit as it has completely taken over the little ship.  I would probably do it like Tetsuo from Akira.  I have 2 other “real” Heldrakes and I don’t need another one.  I still want to do it because I am stuck waiting for Chaos Demons to come out.
Some of the lighting washed out the paint job a bit as it has a nice shine to when you see it on the table top.  Look for a Battle Report with this jerk sometime in the future as Larry keeps trying to get my Chaos on the table top.
Until next time this is Goatboy signing off and hoping you evil Chaos Beasts kick as much butt as mine do. If you’ve got crazy conversions, throw em in the Lounge so we can all see!