Goatboy’s 40k Nugget – What Should I Play? 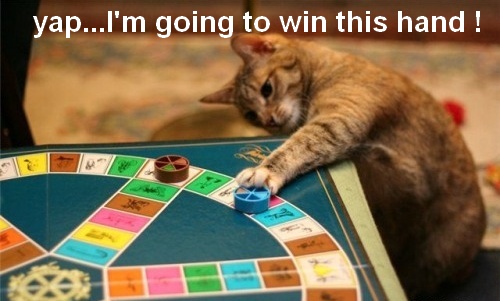 Goatboy’s is back on track with some 40k thoughts to bring about a wonderful Monday. Its sometimes hard to decide what to play – help!

Its another week and my brain is just churning along with ideas and thoughts.  Plus some terrible lists I won’t divulge.  Instead of some kind of treatise of 40k butt whumpin I want to discuss something we all think about as we prepare for our weekly trek to the game store, basement, or even – gasp – tournament.  The thought for today is – what the hell should I play?

Sometimes I’m Ashamed of My Lists
I’m asking this because I feel I have failed in the aspects of list bringing.  I haven’t played at the local tournament level in a while and the last time out even I brought what many considered to be a DBag list.  I thought so myself and felt that I let my opponents down by bringing something that wasn’t that exciting to throw dice against.  I know some people want to play the best in a local event and I am fine with it.  I just know that a lot of people look at these events as a way to guarantee themselves 3 decent games within a locked in rules/winning subset. I do care about the other player because as I have always said – you don’t play by yourself – there is at least someone else that needs to have fun.

I know I am a fringe list writer with some basic building blocks of redundancy and the tell tale copy paste syndrome of the competitive player.  I strive to create lists that can survive my up and down dice swings and still do something on the table.  I think that is why I look at lists that mitigate some of those “aw crap moments” like fearless armies and horde base mentality of not worrying about failing a few armor/cover saves here and there.  I play pretty fast and that lets me playing 70+ model armies and easily have 20 minutes left in a round after whatever epic conflict I played out over the felt tabletop.

Mono-build VS Variety Lists
This comes back to the initial question of what you should play?  I enjoy competition but do not like the aspects of tabling/crushing your opponent.  I know this will happen in a competitive environment because not everyone comes with the tools/desires to be ass kicking macho ninja fighters.  A lot of people just want to see pretty armies and create epic adventures where both sides feel like they are winning in the end – even though someone has grabbed more space tokens to earn more points.

Lately for bigger events I look at lists that are balanced along all the options.  A smaller event you can usually run a much more focused style list as the bad match up is less likely to happen. Most local people aren’t running three 75 dollar models mixed with a few other flying options to try and screw you out of an enjoyable experience.  Their army lists are built on things they like and what they enjoy to play with week in and week out.  For a bigger event you are expecting to meet your personal enemy and you have to plan ways to mitigate that and still win in the end.  Or draw as some of the newer events are starting to add back into the mix.

So again what kind of list do you like to bring?  I know that most armies would have trouble with certain specific build designs.  These designs are not that exciting and most of the time they play themselves.  In fact I am sure you have played against them once or twice and thought – if someone has this on my normal game night they can eat a bag of {censored} and move on.  This brings up another point in this article in that – 2 to 3 games with a boring army can be ok but 7+?  How exciting is it to play the same game basically 7 times during a weekend?  I know it would drive me batty and thus it usually effects the army I want to bring.

We all agree that balanced armies are lot more interesting to play and play against.  It has been shouted out by almost everyone.  In fact most of the highly competitive players usually bring something that resides in between all the nonsense you normally see math hammer people spouting on and on about.  Why do some lists that look like junk on paper do as well as they do?  Could it just be that bringing a balance list just makes you a better player and thus you become more successful with it?

All of these thoughts run through my head as I pull out excel while at work and see what the numbers tell me.  A lot of my final design comes into bringing something that is at least capable of winning and still not making the game a snoozefest.  I am a bit nutty in that I usually paint up every option for the codex I plan on playing.  It just lets me try out everything and come to conclusions for my own personal style of play.

So what are you planning on bringing to any future event?  Are you trying to bring whatever flavor of the month is or are you looking at abusing one option over and over again (Mono-list?)?  Or are you just looking at the fact that playing a fun army all weekend long is a lot more enjoyable then just auto piloting through turns?