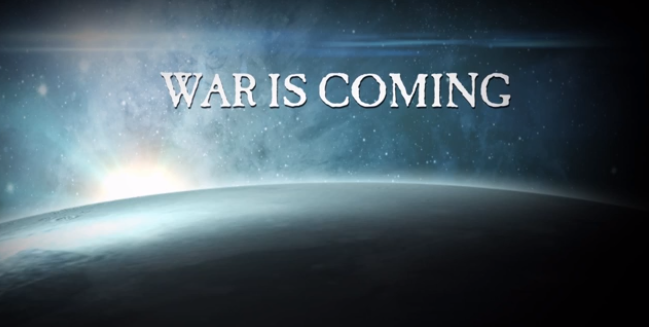 The rumor mills are grinding away and this week we get news on Marines, Nids and Apocalypse.

Loken from Apocalypse40K here.  It has been a busy week on the rumor front.  And certainly GW’s prolific release schedule is giving us lots of fodder.  Here is what is new this week:

Tyranids
Also, news on the Tyranids hit this week with news that Tyranids are after Space Marines, putting them in November/December timeframe.  The rumors also indicate a large plastic monstrous creature, which makes sense with both Tau and Eldar receiving a new big kit.

Specifically the new kit is said to be sized in comparison to the Tyrannofex as a Wraithknight is to a Wraithlord.

Space Marines
There are rumors of a new Space Marine “giant walker”, to which was said:

“Imagine if the current Space Marine dreadnought was the mommy and the Contemptor was the daddy – and the kid was enormous”.

Apocalypse
And of course, Apocalypse Second Edition is around the corner!  Pre-orders are June 29th.

And on the GW site in the description of the Imperial Bunker :

Here is the requisite Apocalypse video:

And stay in touch with the latest on the Apocalypse release on Apocalypse40K, the best source for not only Apocalypse news, but all 40K news.

Alec Peters
~Have at it folks.