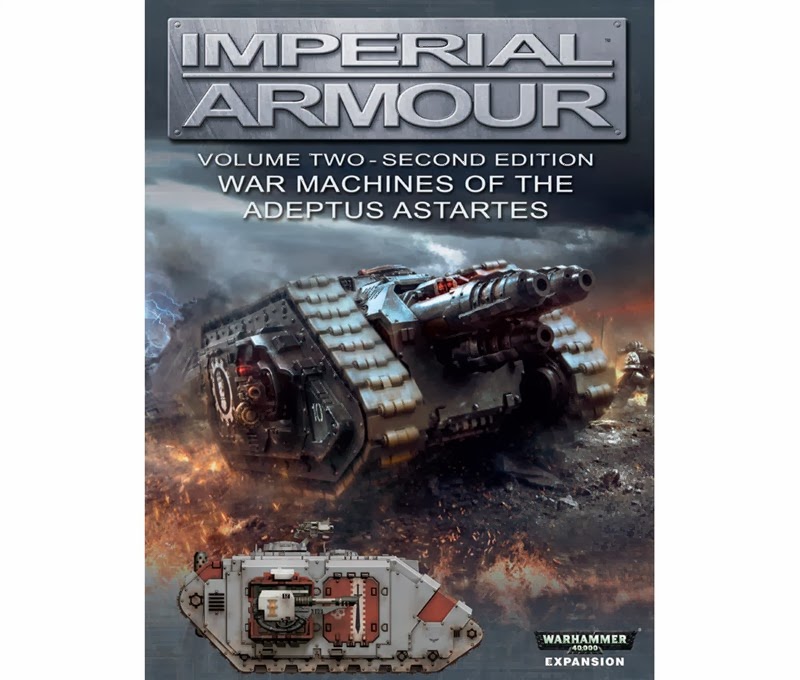 Forgeworld has started shipping the fully updated edition of IA:2 the Space Marine book. Its loaded with a bunch of their latest models as well as the classics. Imperial Armour Volume Two – Second Edition: War Machines of the Adeptus Astartes is a 256 page full colour hardback book which provides you with rules to use the large range of Forge World Space Marine armoured vehicles, flyers and artillery in your games of Warhammer 40,000.

Included within this brand new edition are profiles and rules for over 30 vehicles, from specialised variants of the mighty Land Raider to the heavily armed Thunderhawk Gunship, alongside extensive background material on the war machines of the Space Marines, their tactics and manufacture. The book includes Legacies of Glory, special upgrades that mark your vehicle as a truly ancient and honoured veteran of the wars that heralded the Age of the Imperium, rules for relic vehicles such as the Sicaran Battle Tank, and the vehicles used by the zealous Battle Sisters of the Adepta Sororitas, as well as those seconded to the service of the agents of the dreaded Inquisition.

In addition to this wealth of information, Imperial Armour Volume Two – Second Edition presents extensive details on the paint schemes and markings used by the Space Marines of the Adeptus Astartes.