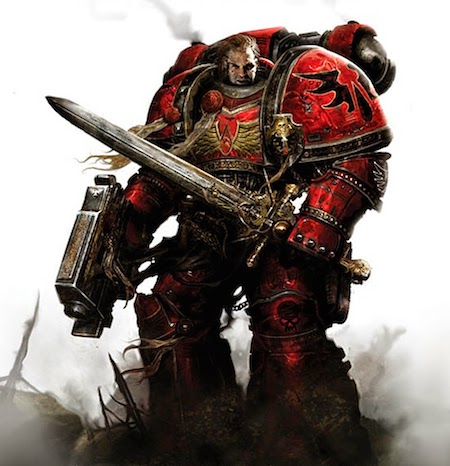 First off, we have seen a pattern before with new editions.  Normally GW drops:

So we have the new Edition dropping in late May, followed by Orks in June, then the new Boxed Set, and then some other 40K army in the Fall.

There have been 2 main sets of rumors regarding the boxed set, placing it in the July-august timeslot.

The contents of the boxed set were in both cases Blood Angels vs Orks.  The main differences were the sizes of the set itself.  One set described a larger set, the other a smaller set.

Now the mystery here is any kind of hint as to whether we are seeing any bias towards Blood Angels related to the new edition.  If you recall, 6th Edition featured a Dark Angel on the cover.  There has been contradictory chatter on the Fall Space Marine codex pointing at either Blood Angels or Space Wolves.

So today Faeit threw up a quick note saying the 7th Edition boxed set features Blood Angels on the cover.

~Yet another datapoint for the rumormill…