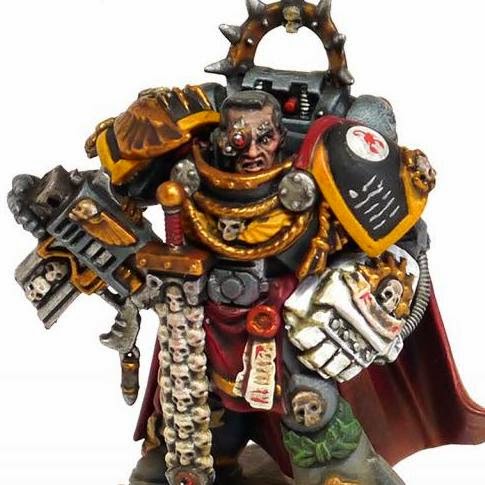 The Red Scorpions have been around since Rogue Trader and it’s great to see then done RIGHT!

It’s easy to pull of a top-notch paint scheme across a couple of squads. Pulling it off across a giant force this large takes dedication. I like the level of wear these marines have – enough to tell these guys aren’t prancing around a parade ground, but not so much as to make them seem filthy and uncaring of their equipment.

The force itself is a nice mix of some studio and Forgeworld items.  The conversions are subtle (the Techmarine on a bike, etc…) and as you would expect there are a handful of oversized centerpiece “WOW” minis such as the Fellblade.
It’s armies like the these and the ability to play against them on the tabletop that makes this hobby so gratifying.