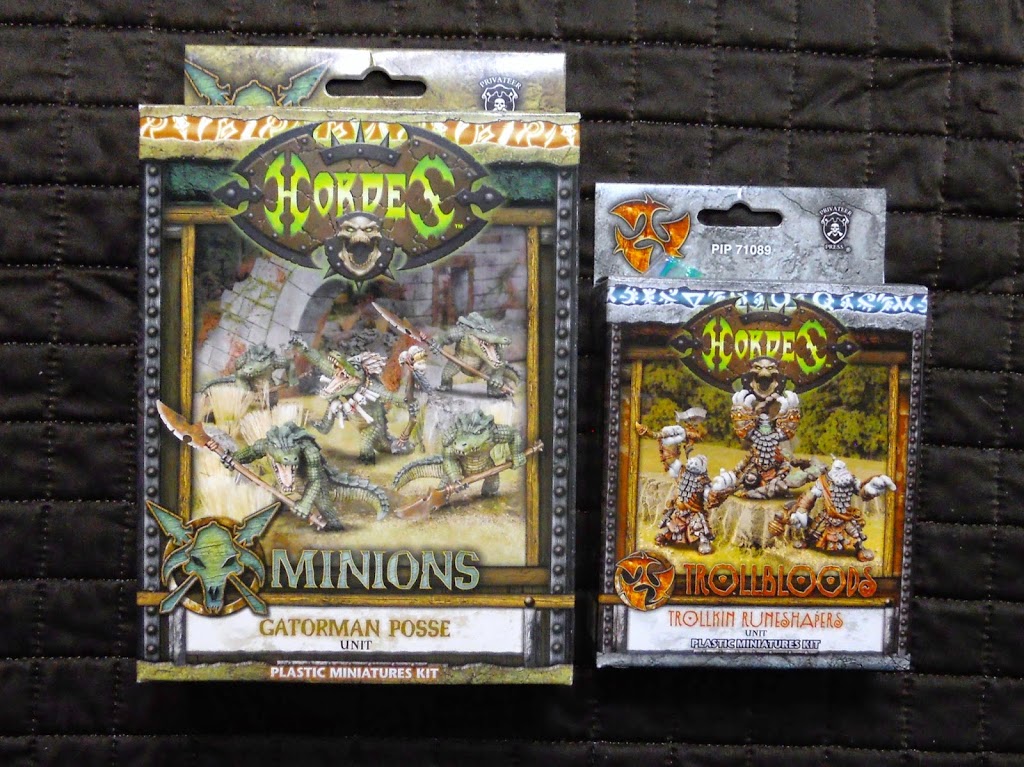 Alright, so this definitely isn’t the most popular Hordes unit. But a lot of Trollblood players end up with at least four units of these guys. They’re FA U in Hoarluk Doomshaper1’s Tier, and come at a reduced point cost. Unfortunately up until now, they really broke the bank at $41 a piece. With the move to plastic they’re a full 8 bucks cheaper. Here they all are in the new material. These guys are one of those weird kits that started in metal and was just transferred straight to plastic without any resculpting. I feel like overall, the detail came out pretty good. It’s especially evident on these faces. That’s probably some of the best detail I’ve seen captured in this plastic. Of course there had to be a mold line. Oh well. It doesn’t really go through any of the fine detail. These weapons are lookin’ pretty good too. The only place where the mold lines are really bad are on these hands. Fortunately they will be largely out of sight. Now this is where it’s at. These guys are a staple troop for the Blindwater Congregation, and almost as popular for Skorne and Circle. Trollbloods and Legion can take them but are far less likely to. Here are all the gator bits. So many big handsome gator smiles! And here are a couple comparison shots. The new sculpts are definitely bulked up a bit, which I think is good. And because of the move to plastic, a new box is even five bucks cheaper.

~ So who is planning on finally buying some of these guys now that they’re available in cheaper plastic?