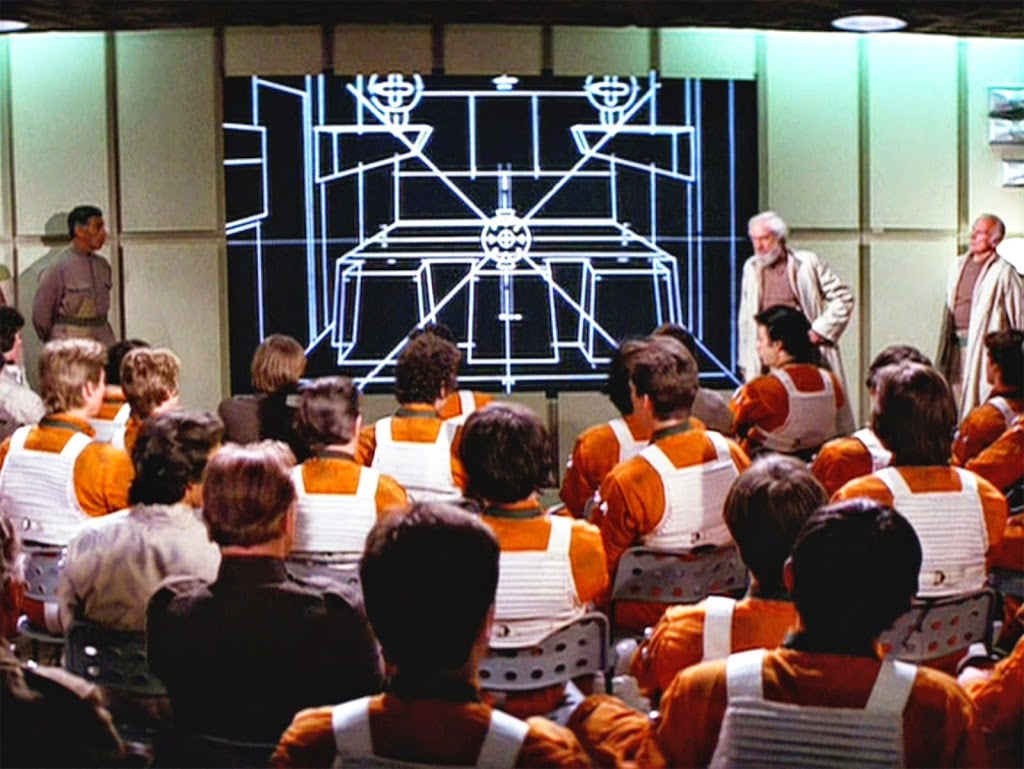 You’ve read up on the rules, understand your pilot’s card text, and have synergistic upgrades in place- in short, you’re ready to roll. Just one thing first though- deployment!

Here’s a 4-ship Rebel deployment I’ve used to pretty good effect in the past and a bunch of pretty pictures to (hopefully) illustrate how to utilize it. How’s it work? Read on! While trying to think of something to write about this evening for BoLS, I ran across this old chestnut in the archives of TheMetalBikini.com. Sure, I wrote it back in May of 13, but I think much of the topic still holds true even today. And hey, even if you don’t agree, you get to see how I tear apart my losses and try to glean something from them that I can build on to play better next time. So even if you think a 4-ship split deployment is the silliest thing you’ve read today, maybe reading about my post-mortem technique will help your game.

After I’d lost out before the Championship round of my FLGS Kessel Run Tournament, I was just kind of messing around waiting for the big game to commence. Our TO had set the new Wave 2 stuff out for us to check out (read: drool over) along with the tokens, cards, and other whatnots included with them.

I was glancing over the rules pamphlet for the YT-1300 and saw that diagram for deploying it that has the large base oriented at a 45 degree angle to the board edges and a light bulb came on over my head- figuratively speaking, of course. Not only did I randomly remember I was supposed to pick up milk on the way home, but I also had come up with a new idea for deployment. I’ve wanted to talk about deployment schemes for awhile now, but it’s soooo dependent on the list you’re running, I just kind of shied away from it, which always kind of disappointed me because I think deployment in X-Wing is a lot more important that people give it credit. I can tell you for a fact I have absolutely lost games because I’ve deployed stupidly. Well, that or I’ve at least seriously put myself behind the 8-ball right off the bat because I’ve deployed stupidly.

I found the same to be true in other miniatures games I’ve played, so this doesn’t really come as a surprise. I found very few guides and stuff that talked about deployment in any real depth for those games either, but it really can be such a game-changer, I could never figure out why people didn’t focus on it more when it came to improving their game.

In other words, I feel like there’s a lot more to deploying effectively than just either setting up across from the asteroids or not. You may not feel the same way, but in my experience, it can definitely be the difference-maker between two similarly skilled opponents. I was browsing some FFG forum threads today about Regionals meta (again- bear in mind this was written awhile back), and noticed the 4-ship X-Wing build is starting to come back into vogue. It ain’t pretty, it’s definitely not flashy, but it is pretty dang effective. It’s also the list I’ve had the most success with, and since some folks are gravitating towards it, I figured I’d satisfy my “Deployment is important!” want and talk a little about how I started deploying my 4-ship X-Wing build after the KRT.

Ok, so to get this out of the way right off the bat, yeah, it would probably work with any 4-ship build, even if they’re not all X-Wings. I’ve not had a ton of experience or success running Imperial ships this way or trading out an X-Wing for a Y or A-Wing. I’m not saying neither of those ideas work, I’m just saying I’ve either not used them enough to be comfortable saying or haven’t had success with them personally. As always, your mileage may vary. Disclaimer out of the way, let me talk about my particular 4 X-Wing list. It changed around depending on what kind of mood I was in and what kind of upgrades and whatnot I wanted to try out, but the following was the list I used the most-

I’d pair them up that way too- the Rookie with no upgrades with Luke, then Red with the Rookie sporting the droid.

The cool thing about turning your ships 45 degrees like that is it gives you what I feel are a lot of reaction options to the way your opponent has moved/ is moving/ will move in the 2nd or 3rd turns. For instance- A Bank of any speed will square your ship back up to the table edges if you want to do that (and of course assuming you put your ships fairly close to a true 45 to start with). This is handy because when your opponent sees all your ships pointing towards the center of the board, he may be thinking you’re just going to have all your ships meet up and form Voltron, or at least one big pile of ships in the middle. Of course, if it would be advantageous to do so, you have the option of doing just that, but I’ve found if the opponent just kind of drops most of his stuff in the middle- which, dig that first picture again; kind of, well, everything that isn’t actually on the left or right table edge is relatively middle from this deployment scheme, if you keep your ships together in their little 2-man groups, they work really well when crashing into the flanks of his formation. If you time it right by guessing the speed he’s going to move (which let’s be honest- how many times have you not seen TIEs advance with straight 5’s? 🙂 ) and adjusting your own accordingly, this is a good way to force a TIE Swarm into turning or just blowing right by you.
Now, if the opponent would instead deploy all of his stuff on one half or even one quarter of the table (what we used to call a “denied flank” in 40k- no idea if that’s a “proper term” or not), and not with his ships kind of equally spaced between my two fighter groups, I’d pull something like this- Turn one of your ships inboard with a Bank and send the other ship on a Bank in the opposite orientation. The guy flying square with the edges can keep on going straight then come in behind the enemy formation or perhaps cause the opponent to break off a fighter or two in an attempt to keep that from happening, while the other ship starts moving across the board to mate up with the other 2-ship group. If the enemy remains in a more center-oriented formation, you can always just Bank both the ships the same direction and create a really nice overlapping firing arc easily in another turn or two. This can be pretty effective, especially with the Luke and Rookie combo I mentioned earlier. I used to fly Luke into the flank of the formation first with R2-F2 active and Swarm Tactics on the trailing Rookie. Luke might not have the punch to reliably one-shot somebody out of the sky, but that trailing Pilot Skill 8 Rookie would just about always finish them off when it was his turn to fire. With Luke leading, your opponent has a tough decision about firing on Luke, who has his defensive Focus-lite with and extra Defense die courtesy of R2-F2 at close range, or firing on the more distant and decidedly less important Rookie. Remember what I said about forcing your opponent to make decisions? Well, it’s even better when there’s kind of no right answer to the question.
Another movement option out of this kind of setup looks like this- Usage is fairly similar to the opposing orientation Bank maneuver before, but by doing a straight move, you might engage a distant target a little faster this way than making a straight up lateral move across your half of the board. Now, whether you want to engage that target faster is entirely contextual, but if it was something like a Firespray with an HLC, then sure, that’s probably the move you ought to seriously consider. The other ship in the pair can follow suit or still run up the sideline to try and get in behind.

When I talk about this deployment method on forums and to people in real life, the main criticism I hear is “Yeah, but you’re splitting your force- the opponent can just key on one of those 2-ship groups.” That’s true, but the reality is if you see that coming (and you should, frankly- nobody can teleport or enter from a left-right table edge currently), you can mitigate it as I described above with having one ship move towards the group getting ganged up on, or if you think that group can last a turn or two, weathering the storm, send both those ships in the other group past the formation, then either Turn or K-Turn in behind the enemy and force them into making a really tough decision about which ships to fire on. If you’ve done it right, he’s either going to end up splitting fire amongst your ships or if he chooses to focus on one group after all, you’re going to have a couple of completely undinged X-Wings going after his butt, one way or another. You can also mitigate it by simply stalling a little bit or using asteroids to force the enemy formation to break up, etc. So that’s it- it’s pretty simple really, but it has been very effective for me. One caveat though, you need to practice with it a bit or spread your ships out a little farther than you might normally when you’re first trying to get your head around it. If you start overlapping your own ships because you’ve dialed out your maneuvers in the wrong order, you’re going to get yourself in trouble. Once you’re solid at managing maneuvering and Pilot Skill in this kind of deployment though, this little gambit just might serve you well. Try it in a few friendlies and see how it does for you.