40K: Interview with a Young Power-gamer 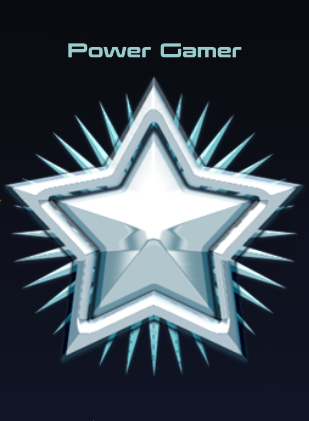 Come Closer; today we put one of the younger generation of power 40K players under the microscope.

The Only Thing Constant is…
As many veteran players know and often lament the game we love has changed a lot over the past few years. Sixth edition literally turned the game on its head changing many of the fundamental tenants. I have made an observation that the top gamers tend to be from the younger generation – many of them are not mired by knowledge of the older ruleset (pre sixth edition) or can simply adapt faster. They also tend to have much less regard for background and will more readily field the more broken units and combinations. I see many veteran players on the other hand still struggling in an attempt to come to terms with the new ruleset – they have difficulty unlearning the older ruleset. The game is more complicated now and it’s just not possible to know all the rules for every army… Often veteran players tell me one of the main reasons why they excelled in the past was due to knowing all of the rules. The good news for older players is seventh edition is basically a maintenance edition fixing a lot of the dumb things about sixth edition such as how challenges work and eliminated other things such as Focus Fire and 2++ cover save when going to ground in area terrain.

GENERATION X
I conducted an interview with a younger player whom fields pure Tau and is very competitive – he always seems to win or place high at every tournament he attends. The purpose of the interview is to help older veteran players see the game through the eyes of a younger player not constrained by past knowledge of the older ruleset. At first I thought that Tau had slipped from the top tier with the release of seventh edition but now looking back I no longer feel the same but that said I do feel the army is no longer EASY MODE and requires skill – no longer can you simply rely upon all their special rules that ignore standard rules of the game. Properly played and with the right list Tau can counter most any army.

This player whom I’ll refer to as Generation X has a beautiful army with lots of awesome conversions and he painted everything to which I give him lots of kudos. His standard build is Farsight Enclave (FE) self allied with Tau and includes some Forge World 40k approved Tau units… He really knows what he’s doing ! Generation X is also a good sport and fun to play against even if he wipes out your entire army by turn four.

1st Question – What drew you to the game ?

Answer:
I like the Tau army due to the various battle suits available since I’m a big fan of both anime and manga. I grew up reading stuff like Johnny Appleseed and watching Neon Genesis Evangelion. I saw a Tau army while in one of my local hobby stores and was immediately taken by the look. I soon started to build my own army and was playing a short time later.

2nd Question – How long did it take you to master the game and become a competitive player ?

Answer:
Within a couple months I began to win most games and started playing in local tournaments.

3rd Question – What makes Tau competitive for you ?

Answer:
Tau are the best shooting army and being able to field suits as a troop choice lets you design very mobile armies. The lack of assault units is not a loss either and Tau can more than make up for it due to some of their special rules such as Fire Support. To me every point spent towards assault is wasted.

4th Question – What armies give you the most challenge ?

Answer:
Drop pod Space Marines can be tough if they have a lot of drop pods. They are pretty much guaranteed an alpha strike and are going to cause some serious damage the first turn. Eldar are really good depending on the army build; they are very fast and also very good at shooting. Eldar have the good psychic powers too. Necrons present some problems – they are also very fast and good at shooting plus they are pretty resilient with the good armor saves and reanimation protocols.

5th Question – How do you deal with psychic heavy armies ?

Answer:
Telepathy is the worst for me, especially when the opponent gets Invisibility. It’s pretty much the most broken psychic power. You always see players choosing Telepathy if they can take it. I try to ignore invisible enemy units and focus on killing the rest of their army. If they fail to cast it then I’ll hit the unit with everything in my army that can shoot it. If push comes to shove I’ll use my Markerlights on them, it’s your best option. I don’t like Psychic Shriek either and think it’s kind of unfair.

6th Question – How do you like the Maelström missions – seems like they can be a challenge for Tau.

Answer:
My army is actually very mobile for Tau. It’s really not a problem for me.

7th Question – I notice you don’t use any allies other than Tau – how do you feel about mixed armies and things like battle brothers ?

Answer:
I’m okay with allies and battles brothers, they let players build better lists and can be more interesting. I don’t like Comes the Apocalypse though, too many Imperial Knights in armies that have no business fielding them. In particular I don’t like to see Tyranids with Imperial Knights, it doesn’t make any sense other than to bring the sickest stuff you can put on the table. I’ve heard some lame excuses but that’s just what it is.

8th Question – Going back to the fourth question how do you counter these armies ?

Answer:
Versus Space Marines I deploy most of my army and castle using less important units to shield my vital units. After the initial drop I try to first pick off their best most dangerous squads. I do still reserve a few units so I can go after hard to reach objectives or catch them off guard. Once the drop pods have landed Space Marines are pretty static and I have superior fire power. The Fire Base always works wonders too!

Versus eldar I focus on the wave serpents and Wraithknights first. I don’t want a Wraithknight running around in my backfield, it’s not something you can ignore if the opponent is playing them aggressively. Once you’ve finished off more than half the wave serpents eldar get really slow. Things like jetbikes are easy to handle with missiles if they come in range which is hard for them to avoid if you deploy properly. Mantleseers don’t like our Markerlights either.

Versus Necrons it’s easy to take down their scythes when they come in and weight of fire takes down their heavy hitters like Wraiths. The command barge can be a real problem so I try to bait them into moving into the wrong positions.

9th Question – What parts of the game could be improved ?

Answer:
I’d love to see GW cut back on some of the rules as there are too many. Often time opponents forget to roll for stuff like Soul Blaze and who ever uses stuff like Strike Down?? I’m not all that crazy about Imperial Knights either as it’s the really big thing now for a lot of players that want to be competitive. When you play three rounds in a row and every army has some Knights it gets old quick. Like I said they should be much more limited as to which armies can field them. The Lance formation is the worst yet and I see it all the time, I’m sure GW wants to make sure they sell lots of them. It wouldn’t bother me if GW did something to tone down Telepathy either, it’s the same as Knights.

10th and Final Question – It’s obvious you don’t like Invisibility and Imperial Knights – I bet you really don’t like invisible Knights !! Have you ever considered these help your opponents better counter your army ? Tau have plenty of special rules that break the standard ruleset. Wouldn’t it make the game less interesting if you pick which things to eliminate or nerf to simply to help your army ?

Answer:
That’s actually a good question! I have to deal with it just like everyone else. You asked me what I don’t like or would like to see changed, so I gave you my honest opinion. I bet a lot of players feel exactly the same. I don’t think it would necessarily make the game less interesting, just more fun for all of us that don’t rely on them much if at all.

CONCLUSION
So there you have it straight from the horse’s mouth. I think there’s plenty of good pro tips so have at it !

Agree, disagree?  Do you think the game has too many rules, not enough, or just right?