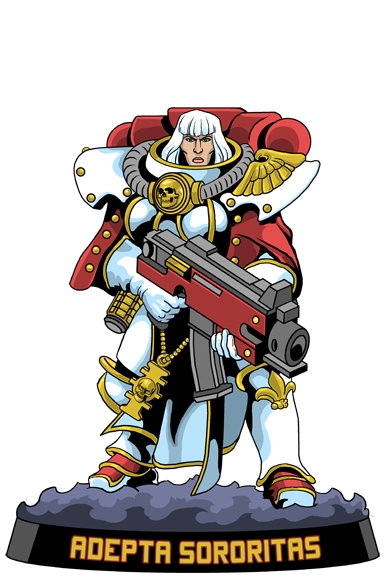 The Adepta Sororitas talk is only heating up these days.  Here’s the latest details doing the rounds:

Daughters of the Emperor latest:

via Heresy Online’s Zion 1-16-2015Regarding Sisters of Battle

From a little Ripper Swarm to me:The Codex is done, the models are in production, and it’s nebulously a Q2 release. It’s the Dark Eldar treatment– rebuilt the range from the ground up, completely.

Via Steve the Warboss 1-11-2015Regarding Sororitas Codex

After the featuring in the Shields of Baal Campaign i think its possible for a near Sororitas release. The Codex is complete and can be released every time. More rumors do not exist at the moment.

Originally Posted by [B]Ishagu[/B]
A Hardback Sororitas Codex with plastic kits. I was told something similar by someone in the know not long ago. It could be true…

Originally Posted by [B]Sephillion[/B]
I’ve heard more credible things about Sisters being later (next year), and the fact that they would redo Dark Angels, CSM and Daemons so soon… instead of redoing the problem Codices… seems like whoever wrote this just assumed GW would follow the same order.