The first batch of first hand codex rules reports are in!  OH MY what the Eldar have become! +++UPDATED+++

Iuchiban has verified with cover pics that he has a copy of Codex Eldar Craftworlds in hand.  This stuff is almost certainly correct:

Ok. Let’s go.
All Distortion weapons are Strenght D. All of them. But the scythes apply a -1 when rolling on the D table, and the strenght is considered to be 4 when calculating the instant death.

Step by step.
Banshees add +3″ when running or assaulting. They igoner the I penalti when assualting through cover.
There are no “chapter tactics”.

Yes they have:
Primaris: Guide (no changes)
1: Executioner: Focussed witch fire. 24″. Target receives 3 hits, always wounds on 2+. If target diez, another model receives 2 hits. If target dies another gone receives 1 hit.
2: Fatality: You re-roll to wound or to penetrate when firing at target unit. 24″
3: Will of Asuryan: 12″ bubble of Fear and Adamantium will
4: Fortune: As always
5: Mind fight: Mainly the same.
6: Ancestral Storm: Warp charges 3 (5″ blast), Warp charge 4 (Apoc blast), 24″, Haywire, wounds 2+
Names may be different in the English version. (I own the Spanish one).

Wraithknight is LoW (295 points), Jump gargantuan creature
Wraithguard/blades are not tropos anymore if taking a Spiritseer (Only Elites)
Crimson hunter basically the same, but 140 points only.

No changes on Battle focus of the bladestorm rule. No hints on the Iyanden codex

(Jetbikes) 17/model, every model can purchase one scatter laser or shuriken cannon for +10 points

(Wraithknight Suncannon) Sun (Sorry for the “solar”) remains the same.

Wraithblades: Same but 30/model and have Rage.

Hemlock: Same cost, has Lvl 2, can choose Daemonology (Sacred), Telepathy and Battle Runes. D-Scythes are a special D weapon as mentioned above,.

Scorpions: 17/model, Infiltration, Stealth, and Shrouded until they fire or fight in combat
Warp Spiders: 19/model Monofilament rule has changed.They roll to wound against I, although the T is still used to calculate ID.
Hawks: 16/model, they move 18″, and when moving over a Flyer the can do a special attack. Hits on 4+, S4, AP4 Haywire

(Wraithguard) Cost is the same.
(Regards to Autarchs and Swooping Hawk “no scatter”) Basically the same.
(Squadrons of Falcons/Fire Prisms/Night Spinners) YEEEEESSSSSSS!!!!!!!!!!!!!!! Up to three!!!!!!!! And they have special rules if done so:
Falcon: if Deep Strike, first Falcon does not scatter. Others are place at 4″.
Fire Prism: For each additional Fire Prism firing +1S / -1AP
Night Spinners: +1S for each Night spinner
(Serpent Shield) Nop, only 24″ (range)
(Eldar Warhost Detachment) The main bonus of the Warhost is that they always run 6″.
(Serpent Shield Defence) When working as a shield, it works as before.
Falcon can DS only if taken in a unit of 3.

Guardians: Same
Dire avengers: They overwatch with BS2
Avatar is LoW, but mainly the same
I cannot see any psyker being able to get malefic daemonology

(Warp Spider guns) Why is that? You still have S6. Target needs to have I6 to wound him on 4+.
(Dire Avengers Troops) Yes, they are.

Before leaving I will post the list of special ítems:
– A pistol S4, AP3, Rending
– A sword +2S, AP- Rending and if fighting in a challenge, wounds on 2+ and Instant Death
– One sniper rifle, AP2, 120″
– One ítem that if bearer does not cast any phychic power, or shots during the shooting phase, he can run 48″ and may reroll cover saves.
– One sword +1S, AP3, Soulblaze (affects wounded unit and all enemy units at 6″)
– One ítem that when bearer diez, 5″ template is placed and all models suffer one S4, AP5 hit. If at least, one wound is infflicted, bearer comes back to life, with 1W. One use only
– One ítem that makes psyhic powers required 1 WC less. No inv saves if done so.

Now that do you think of the Eldar!? 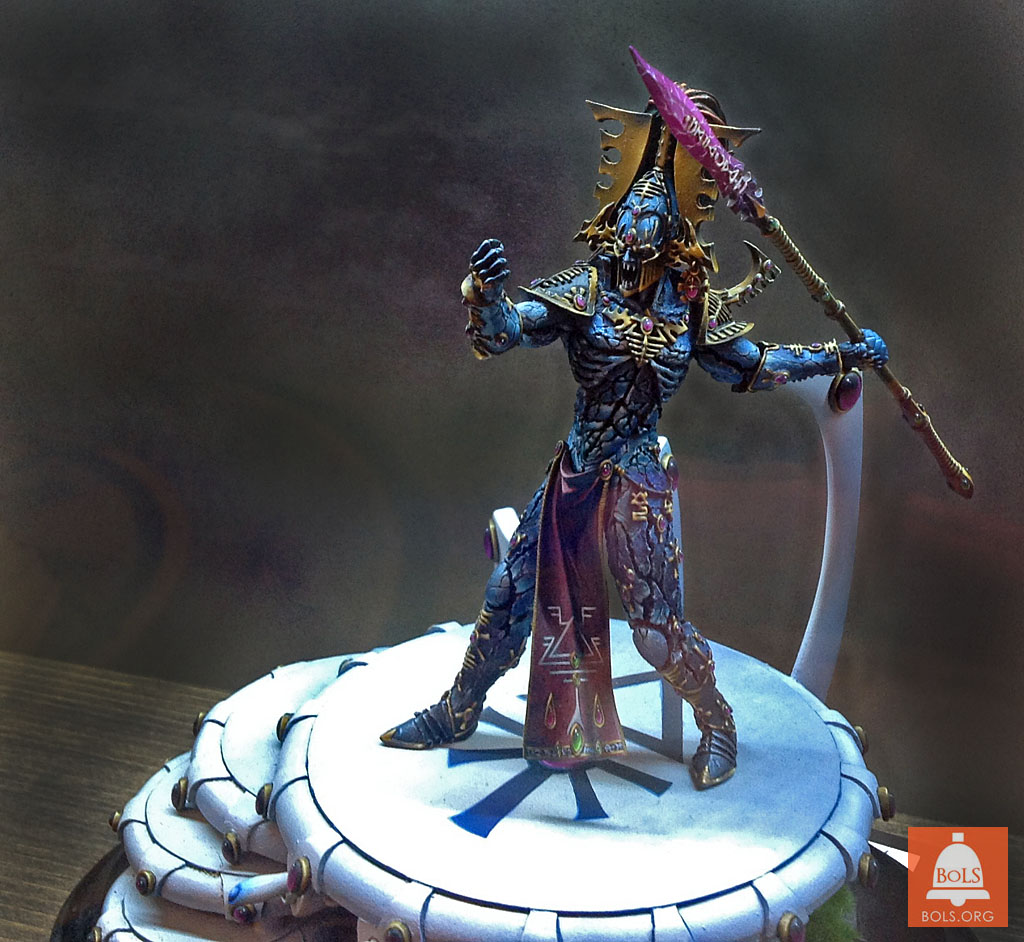