40K: How to Win the American Team Championship (ATC) 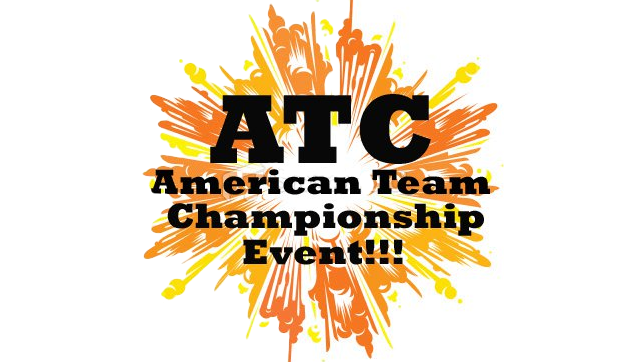 Today I’ll provide my thoughts on what it takes to win big as a team at the ATC.

Introduction
I have to first say my personal track record at ATC is quite atrocious – over the past two years I’ve managed to win a total of two games. Two years ago I won my last game – last year I won my first game… That’s it. That’s a whole lot of losing for sure. Sometimes I have to ask myself why would I even want to go back again and re subject myself to the torture and humiliation. I could go into detail why my track record in Tennessee is less than stellar to say the least but I’ll spare everyone. Having lost so much though and considering myself a competitive player that is a lot of experience at losing – something I’m not used to at that level. So I ask myself is it possible to draw from it collectively and improve. I think the answer is yes and I’ll provide my thoughts on what it takes to win big as a team at the ATC.

How It Works
First let me say that the ATC is by far the most competitive tournament I’ve ever experienced… It’s down right brutal at an epic level. Each team consists of five players. Each round your team faces off against another team in a series of five one on one games played simultaneously. First the two captains take turns pairing off their team mates against each players from the your opponents’ teams. Basically it is an exercise in rock-paper-scissors and you can easily find yourself up against an opponent with army that is the complete antithesis of yours – believe me when I say it happens. It’s really hard to design a take all comers list these days so you better be ready. Last year after winning my first game I was seized on twice in a row by first the top ranked Daemon player then again by the top ranked Tau player. I learned the hard way to be prepared to get seized on in a hard way and this is one of the most unforgiving tournaments to have it happen… It literally took the wind right out of my sails.

The Format
The format for designing your army is quite restrictive which naturally lends itself well to certain types of armies over others and this year is even more so than last year. For example the only Lords of War allowed are from codices. Now couple this with each faction only being able to fielded by one player per team – this significantly intensifies the potential for mismatches. I expect to see lots of teams with one player bringing three or more Wraithknights. Last year serpent spam and Adlance was very popular. Obviously not everyone can counter these types of armies so the matchups are extremely important. Also Forgeworld is banned so that’s one less thing to help you mitigate these types of factors and situations.

There are three basic missions which are all multi objective which I really like a lot. I do think the ATC missions are some of the best designed missions in the country. This helps a lot for everyone and can level the playing field to a certain extent but it’s still really hard. If you’re not properly prepared it’s going to be a long weekend.

How to Win as a Team
As I said above the ATC is basically the ultimate Rock-Paper-Scissors (RPS) tournament in the country due to how the match ups are determined. It’s possible for one to two players per team to get a great matchup every round but it’s also possible for one to two players to get a horrible matchup each round as well. Based upon my experience I think you want to concentrate on the Rock-Paper-Scissors aspect of the tournament and go all out in this regard when designing your own army. Like I said it’s really hard to design a truly TAC army in the current meta but the match ups can offset this shortcoming. Armies that might not do so well at other major events can shine here due to how the match ups are determined.

Of course you need to practice enough that you are ultimately familiar with the three missions and know how to score as many points possible each round. Even if you lose a game you can still score significant points which is huge. Don’t go into it expecting to win every game… With five players per team every point adds up at the end.

You can also practice too much – the danger here is it will never be the same as the actual event which could lead to a false sense of security just prior to the event. You want to bring an army that you’re really excited to play. While you should be intimately familiar with your own army and how it performs against the entire gambit the excitement level can really help you keep your head in every game at the ATC. I know that’s probably counter intuitive but based upon my own experience it’s quite telling.

Many of the teams that won first place in the past were composed of players from across the country and this is truly significant. If you go you’ll see most all the top players around the country all gathered together in one building which is quite amazing. Like I said it’s the most competitive event in the country. A team needs to have the right chemistry so they can all work together as a true team each and every round. If one player is always getting the best match up each round it will ultimately work against the overall synergy of the team and it is a team event at the end of each day. It’s all about the team as a whole. Everybody should be willing to face off against a tougher match up rather than always looking for their own best match up and I think it’s a common mistake.

Conclusion
You want to have fun… Remember it’s a vacation ! The less pressure you feel the less likely you are to make mistakes. Enjoy every game if possible. It’s okay to lose and you can still score some points for your team each and every round. Don’t obsess about always getting a RPS match that’s in your favor and know that sometimes you are going to get a brutal matchup. Be prepared for the worst… It happens. At the end of the second day you want to walk away with a good overall feeling. You and your team can be the masters of their own fate. My goal this year is simply to score as many points possible for my team… My own W-L record means nothing to me.

~What do you think is the most challenging 40K tournament out there?