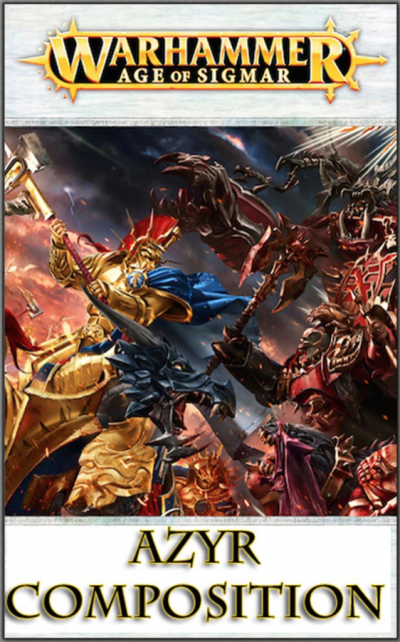 Age of Sigmar is a “no-frills” ruleset – by design.  But one group of gamers have carved out a pretty sophisticated balancing system you NEED to see.

DESIGN NOTES
During the design process of this system, I initially started out trying to write a mathematical formula that would allow us to point the models exactly as we have been doing for the pasty twenty plus years. I started noticing that this was the general direction that everyone was taking, and that each formula being put out online was very similar to each other, though had minor differences.

I then decided to move from the 1000 based precision system that I have pretty much used exclusively, and take a note from games like Warmachine or SAGA and go simpler.

The system contained in these pages is one that I wish to use for narrative campaigns as opposed to tournaments. I do believe that these would work fine for tournaments as well, but a general system is about being able to loosely gauge an overall force and determine that they are in the same ballpark as each other, whereas a precision-based system is going to attempt to point cost each model as finely as it can.

The problem I have with a precision system is that there is more to the model than its statline, and while formulas work great for statlines, once you throw in situational modifiers from scenarios or abilities the math gets thrown out. Sometimes it just happens to work, but if you’ve played any point-based system for any length of time you will find that some models work above what they are pointed at in certain situations, and may be totally bad in others (and this is where arguments over scenarios come in, where people want a universal set of scenarios that don’t highlight the good or bad parts that the math misses, which in my opinion can lead to gross stagnation)

While looking at this system, be aware that it is designed to give you a loose feeling of two forces being relatively balanced between one another overall.

The rules modifications were put in to clean up the rules and to work with the comp. Summoning I felt needed serious restrictions because you are in essence generating free points. Shooting into combat was the other because if a missile armed model can both shoot into combat and fight in melee, it becomes worth more than a melee-only model.

Any playtesting findings that you may have, feel free to contact me and we will discuss. Its been fun creating and I look forward to the campaigns that will stem from this packet.

I have to say this is a much more robust ann in depth system than most of what’s out there.  Hats off to the Louisville Wargaming group for putting this together and continuing to take feedback and adjust the PDF.

~ So what do you think, would you play under this ruleset and do you think it can do the job?