Today we begin a history of the Horus Heresy – starting with the first seeds of distrust that would tear the Imperium apart. 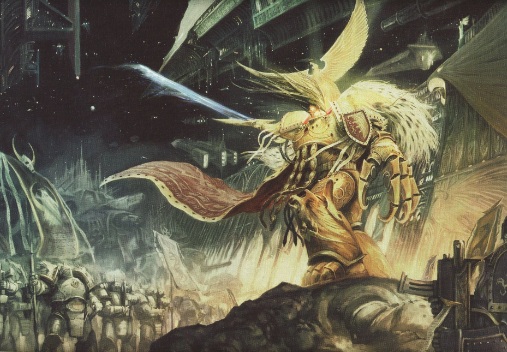 The Emperor during the Great Crusade

Conclusion to the Great Crusade

Towards the Great Crusade’s end came a period of political consolidation. The Legions were at this point dispersed across the galaxy, many acting as garrison forces rather than campaigning armies. The Legions had been battling constantly, especially the Iron Warriors, struggling under the monotony of siege warfare and garrison duties. A large bureaucracy overseen by Malcador and the Council of Terra formed to manage the newly conquered territories. This bureaucracy often clashed with the Astartes military established, and tensions began to run high when it became apparent that the Emperor intended to have Malcador’s Terran Council rule over the nascent Imperium and not the Legiones Astartes. Also, without the Emperor’s guidance the Primarchs that had previously friendly rivalries were beginning to develop into dangerous feuds. Some of the Primarchs had reached the point of intolerance with one another, others like Magnus the Red had simply become isolated in the confusion of the Great Crusade. Already the Word Bearers Primarch Lorgar had secretly turned against the Emperor decades before the Crusades end after the destruction of his “perfect city” of Monarchia by the Ultramarines. Meanwhile Leman Russ clashed with both Angron and Lion El’Jonson. Perturabo was shunned by most due to the nature of his hand in the Crusade and was in turn envious of Rogal Dorn. Konrad Curze also had a disagreement with Dorn that escalated into a brutal surprise attack that left Dorn badly injured and unconscious. This mistrust and hatred would form the lynchpin of the Horus Heresy.

Though the Heresy was ignited by the product of a conspiracy by the forces of Chaos, there were precipitating factors that helped push many of the Legio Astartes towards rebellion. The first was the Emperor’s return to and seclusion on Terra, working on a secret project that he refused to share with any of his Primarchs, including his most favored son Horus, whom he had named Warmaster. This apparent abandonment of the Great Crusade, for something he would not even share with his sons bred mistrust, resentment, and disappointment towards the Emperor amongst many of the Primarchs.

Another contributing factor was the formation of an administrative body known as the Council of Terra. Many of the Primarchs viewed these human bureaucrats as usurping their rightful place as rulers of the Imperium they had fought so hard to create. Worse still, the Primarchs were denied a place on the Council and the notion of an Imperium dominated by human bureaucrats, not the sons of the Emperor and their Astartes Legions, became a cause of concern for many of the Primarchs.

Lastly, the Emperor’s disciplining of Lorgar and the Word Bearers was a contributing factor to the Heresy and the event which set it directly into motion. After Lorgar and the entire Legion were publicly humiliated, scolded, and forced to kneel in front of the Emperor for spreading their belief that the ruler of mankind was a divine being, the pious Word Bearers felt betrayed and desperately sought any power in the universe to worship. This eventually led Lorgar and his Legionaries to the Eye of Terror, where they pledged themselves to the forces of Chaos and began to conspire against the Emperor. Thus the Word Bearers had secretly become the first Chaos Space Marines. Secretly planning to make war on the Emperor, the Word Bearers quietly established Warrior Lodges with their Chaplains throughout the rest of the Astartes Legions. Though harmless at first glance, many of these lodges would become hotbeds of support for Horus’ rebellion in the war to come. 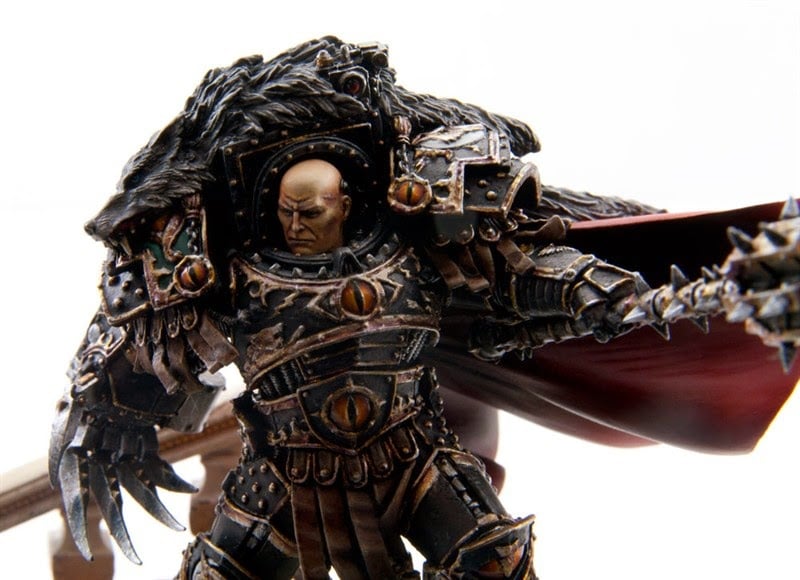 However, the Horus Heresy truly began after Warmaster Horus was wounded by the possessed Eugen Temba wielding the stolen Anathame on the moon of Davin, a place that was cursed by the foul Chaos God Nurgle. The wound caused by the blade refused to heal, despite Horus’s super-enhanced immune system or the efforts of the Sons of Horus‘s best apothecaries. The Mournival took Horus to the Davinite Serpent Lodge, which they were told could heal him. Erebus and the Word Bearers had orchestrated the battle on Davin, unknown to all involved.

During the rituals, Horus’s spirit was transferred into the Warp where Erebus, disguised as the Warmaster’s closest friend Hastur Sejanus, showed him a terrible vision of the very future which his actions would bring about – the Imperium as a repressive, violent, and superstitious regime where the Emperor and some of the Primarchs (but not Horus) were worshiped as divine beings by the fanatical and ignorant masses of humanity. The Chaos Gods portrayed themselves as the victims of the Emperor’s psychic might who had no interest themselves in controlling the material world. Horus, already having grown jealous and deeply resentful of his perceived poor treatment at the hands of his father, the Emperor, and was one of many afraid of the concept of a peace where all for which that they had fought was given to weak willed men whilst his legions were cast aside and left as peacekeepers. Horus therefore proved all too willing to accept the Ruinous Powers’ false visions of an Emperor determined to make himself a god at Horus’s expense.

But there was one thing no one had counted on: Horus’s brother Magnus the Red, Primarch of the Thousand Sons, had continued to study the forbidden arts of sorcery, and was not about to let his brother fall to the powers of the Warp. The cyclopean giant appeared within Horus’s vision, revealing the chaplain’s identity and begging Horus not to give in to the temptations of Chaos. Unfortunately, Horus had decided that if anyone deserved to be worshipped as a god it was he, and not the Emperor. He accepted the offer of the Chaos Gods to join their cause and in return they healed his wound and granted him the powers of the Warp. The Chaos Gods’ pact with Horus was simple: “Give us the Emperor and we will give you the galaxy.”

Next Time, Horus Spreads the Rot of Treachery…

~I’m getting all tingly awaiting the new boxed set!