Get punched in the face by Khorne! Today is all about the Fist of Khorne Formation! Get ready for another installment of Tactica Khorne Daemonkin. 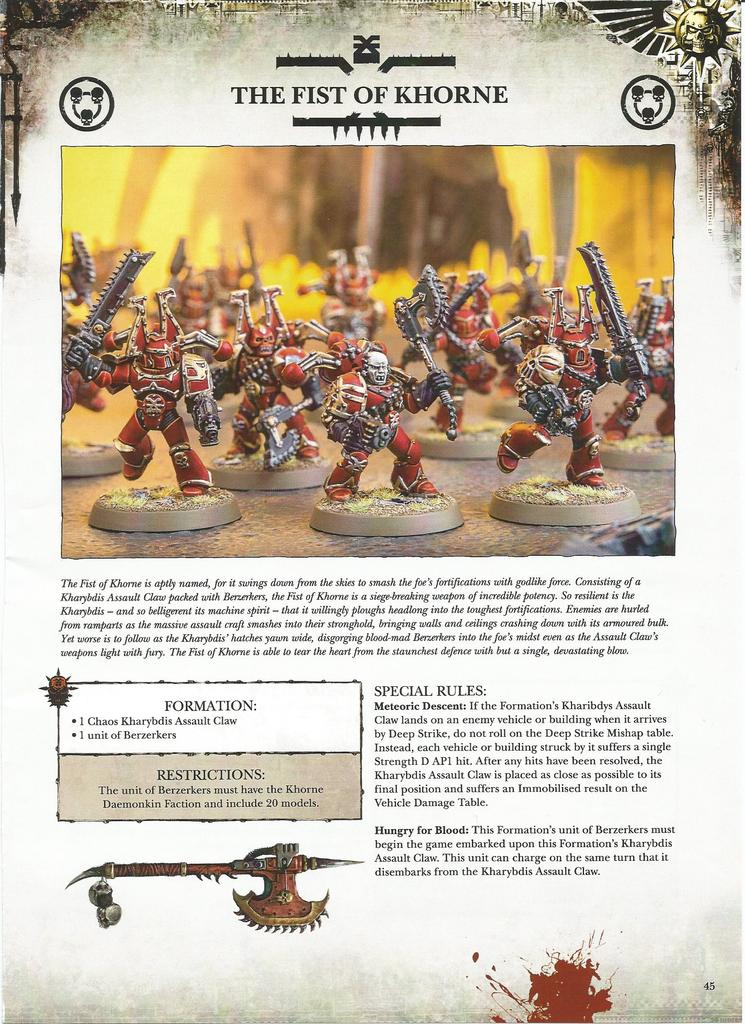 This formation is a ton of fun if nothing else, 20 Berzerkers in a Kharybdis assault claw, dropping literally right on top of your opponent, destroying the vehicle they land on and then charging straight out of the claw turn 1!

This formation is particularly interesting for a few reasons. First, its one of the few GW released formations to include Forge World models. Second its one of the few formations to include units from two different factions, it states the Khorne Berzerkers must have the Khorne Daemonkin faction and the formation itself is listed as a Khorne Daemonkin formation, but the rules for the Kharybdis specifically state it is for armies with the Chaos Space Marine faction… very interesting… 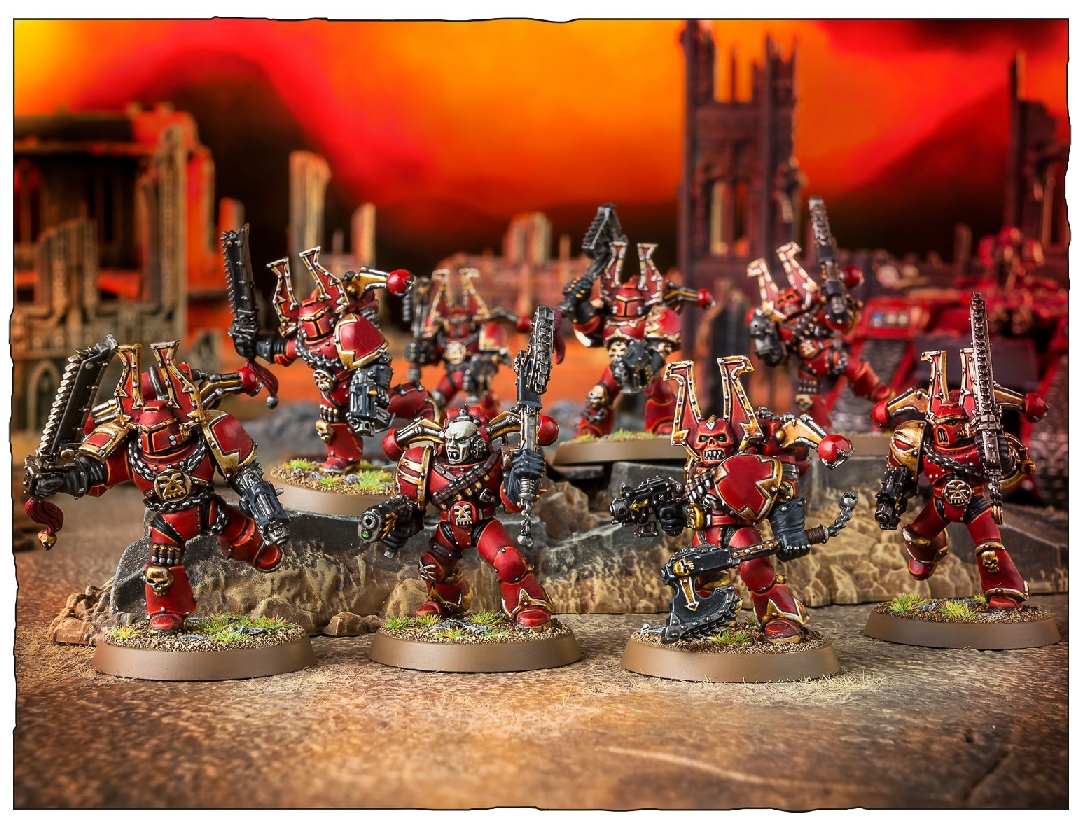 In this formation you do not get a great deal of options for how to field your berzerkers. They Must be in a unit 20 strong too so there are no opportunities for adding a beat stick HQ to the unit. Some may claim the wording is a little vague as technically a unit of 18 berzerkers with a Lord and Herald attached does contain 20 models but in my opinion if you have to say “technically” when explaining what you are doing, you probably shouldn’t do it.

My advice is to kit out your berzerker champion with a combi melta, just incase you want to pop a transport and then assault the occupants, also I recommend a powerfist or Melta bombs incase someone decides to throw a walker into combat with the unit… which is definitely the last thing you want.

The big thing for this formation is declaring multiple combats to tie up your opponents shooting, thus allowing Bloodthirsters, Maulerfiends, hounds etc safe passage into combat. Multiple combats can be very tricky to follow as they are a somewhat complex set of rules. 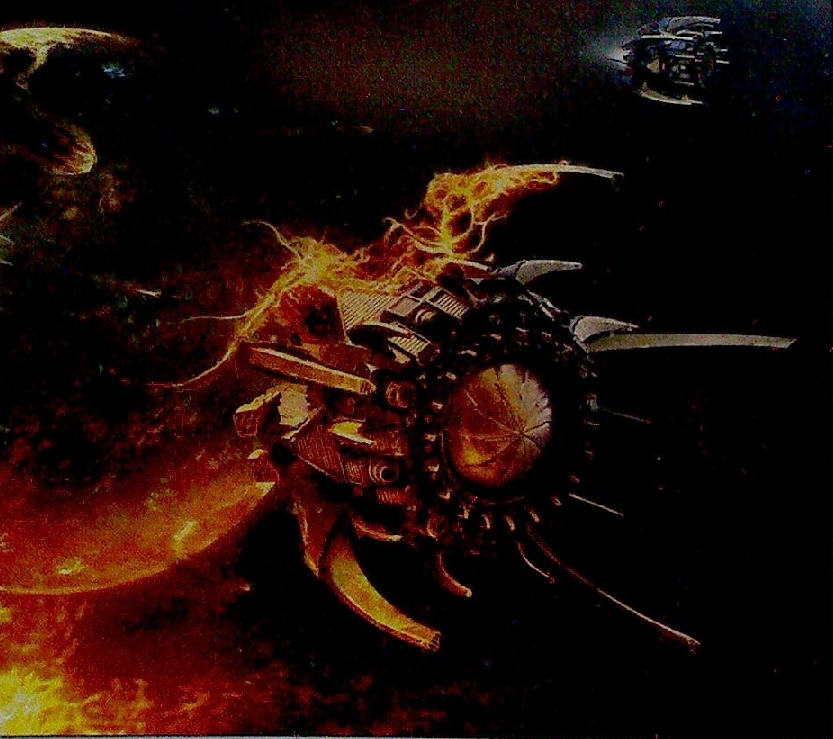 This is a really big model, measuring over 6″ wide! So when dropping in make sure you use its bulk to get as many enemy vehicles under the hull as possible. Remember each vehicle under its hull suffers a single Strength D hit so do not waste the opportunity!

Just like all drop pods you can get the Kharybdis turn 1, and thanks to the special rules of the formation your berzerkers can charge the turn they disembark! Meaning Turn 1 close combat with a 20 man strong unit of berzerkers!

The Kharybdis also comes with formidable firepower with 5 Kharybdis Storm Launchers, each one puts out 2 twin linked strength 6 Ap5 pinning shots at 24″range and the best part is each Storm Launcher can target a different unit thanks to the Kharybdis independent gun spirits! 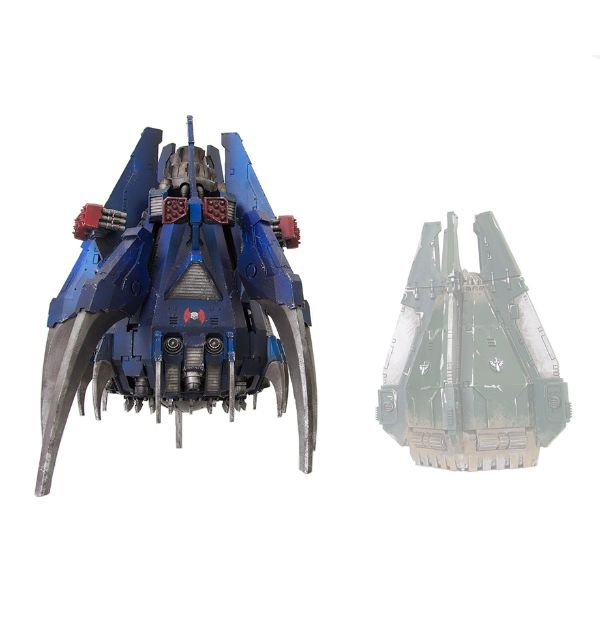 I told you it was BIG!

Using its Storm Launchers you can pin enemy units that you do not plan to charge with the berzerkers, this greatly increases the number of units that you can prevent from firing at the rest of your army. Alternatively you can use it to destroy light vehicles and then charge the occupants with your berzerkers or you can try to pin enemy infantry thst light be a threat to your berzerkers.

So there you have it, a brutal (if somewhat expensive) formation that allows you to get a huge hlob of berzerkers into combat turn 1 while smashing anything in its path! Probably not the most compeditive formation in the game due to how expensive it is but most certainly a very fun way to play with Berzerkers!

What are your thoughts on the Fist of Khorne? Can you think of any uses or tactics I might have missed? I would love to hear what you have to say

Thanks again for tuning in! Make sure you keep your eyes peeled for the next instalment of Tactica: Khorne Daemonkin! and while you are at it head over to Blog for the Blood God give me a like, and join in on the other great content! Everything from Battle Reports to Hobby Tutorials, Rules discussions and tactics to Animated movies and 40k based comedy.