GW decades-long infatuation with skulls is no secret – but they’ve gone too far.  Come see.

Remember back in the day when Khorne was new and his followers liked loping off heads now and then.  The early days of Khorne and the other Chaos Renegades looked like this way back in 1988: 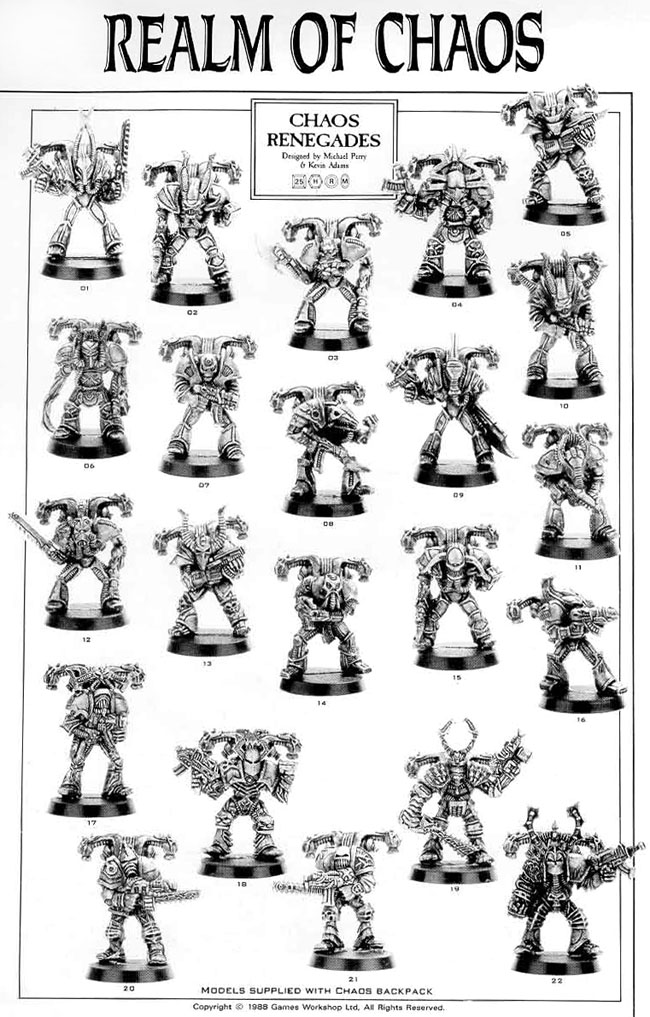 Fast forward another decade and the basic Chaos plastic kits that have been with 40K and Warhammer Fantasy have looked like this for a while: 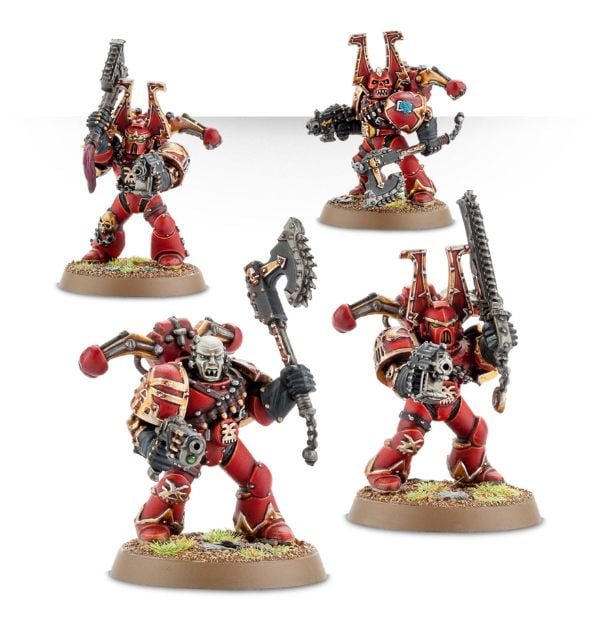 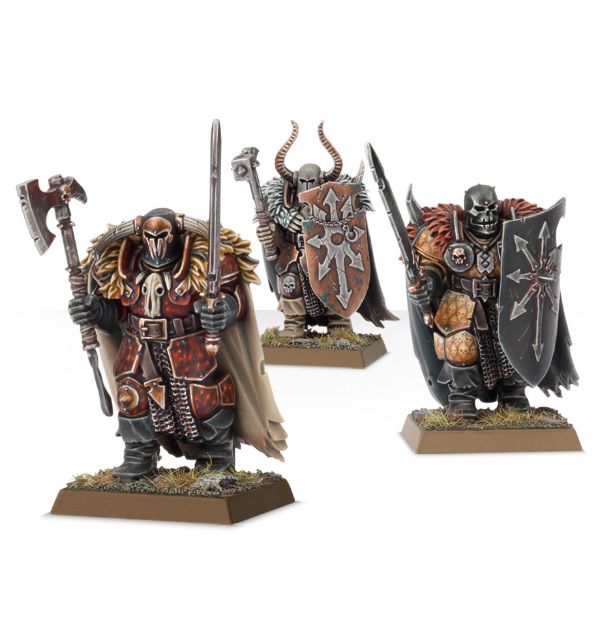 Sure – skull motifs, but not literal skulls themselves. Then slowly but surely, Age of Sigmar has kicked it all up a notch.  Because now if you love Chaos, you will START GROWING SKULLS FROM INSIDE!

It all started with this dude, the Khorgorath: 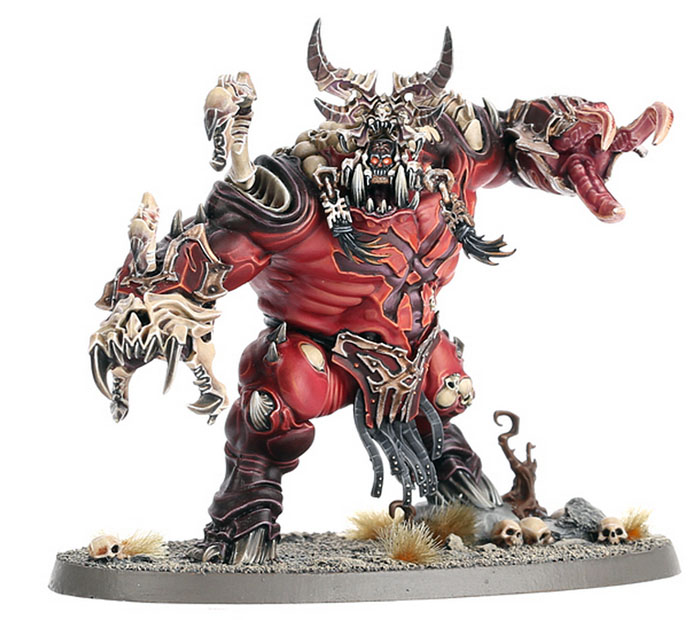 OK, that makes sense, he’s a daemonic construct – essentially a REALLY PISSED OFF Khornate Santa-sack of skulls – and he knows EVERYONE has been naughty!  I’ll give him a pass as that is basically his theme…

Then I started to look more closely at other Age of Sigmar minis. 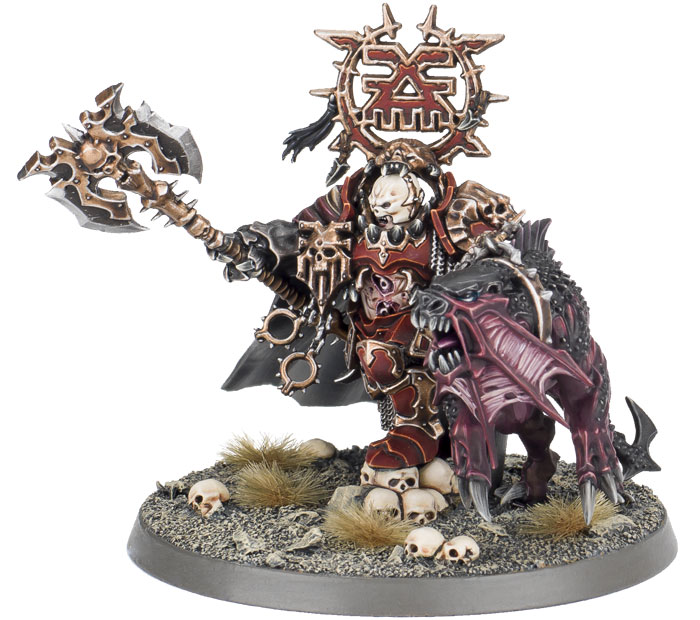 Yes, those sure look like he has skull intestines.  Or maybe he just accidentally swallowed some skulls and hasn’t passed them yet.  That would certainly explain his temper.

Then this week we get Archaon and his brand new awesome mini.  But wait, what do I see there… 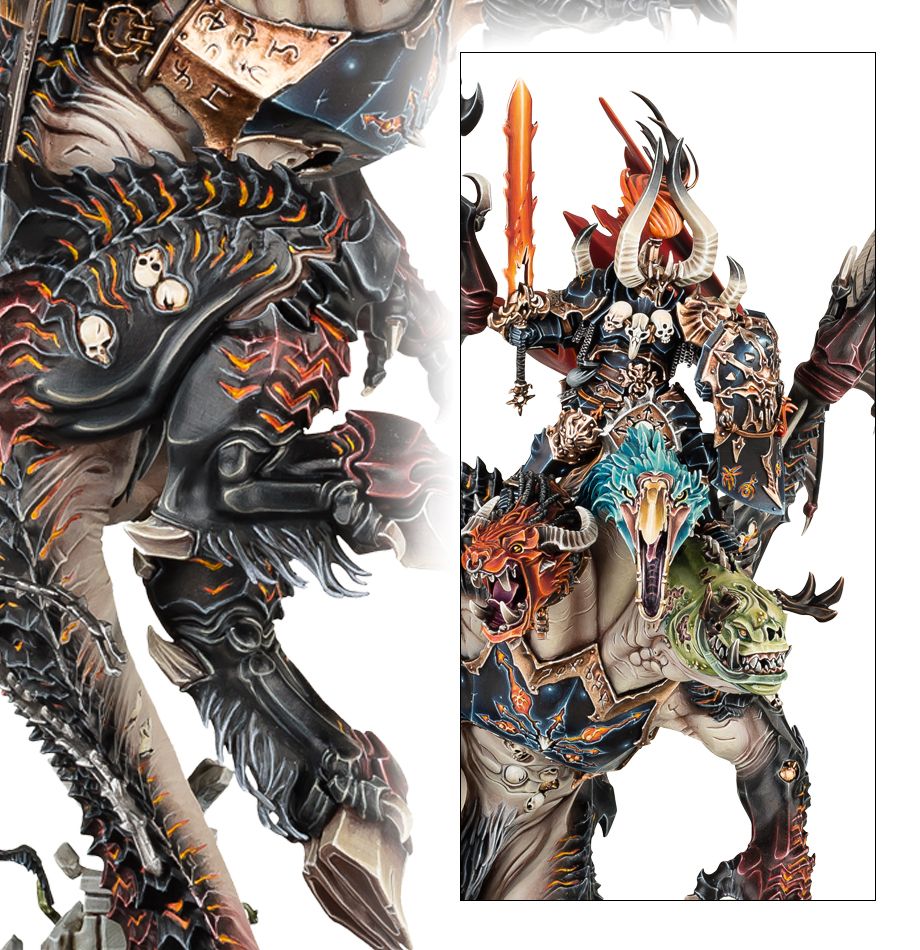 Yup, more skulls, pushing thier way out from within.

I understand you – GW CAD guys.  You discovered a neat new trick – you can have skulls coming from within models now.  Heck you probably have a 3D macro for it so you can just cut and paste them all over the surface of anything you wish – like a skulltastic Land Raider!.

GW has already WAY overdone it in the skulls department in pretty much all it’s systems. It’s generally unwise to keep pushing cliches- else they move into farce territory. So why don’t you instead take some of your skull expertise and put it to good use – like say some new skeletons to replace these dudes who for some reason are still being sold! 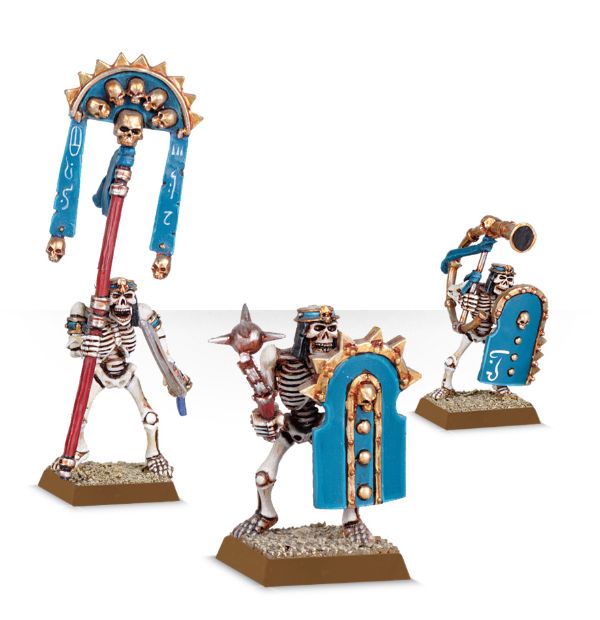 ~ What’s your take on the skulls in GW’s models – too many too few, or just right?

Author: Larry Vela
Dad, Gamer, Publisher, Pilot, Texan. All games all the time since junior-high. I started BoLS Interactive in 2006. I’m a lifelong tabletop & RPG gaming enthusiast, and internet publisher working to entertain and inform my readers every day. I've been playing RPGs and Tabletop Games since the 1970s. I'm been playing and covering Warhammer and Warhammer 40K for over 35 years.
Advertisement
Editorials Games Workshop
Advertisement 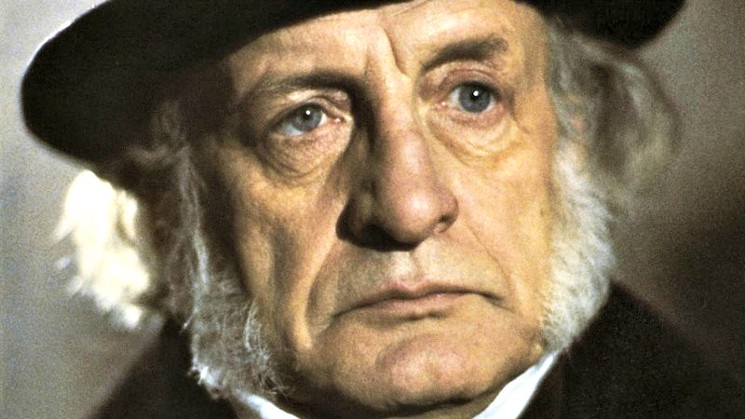