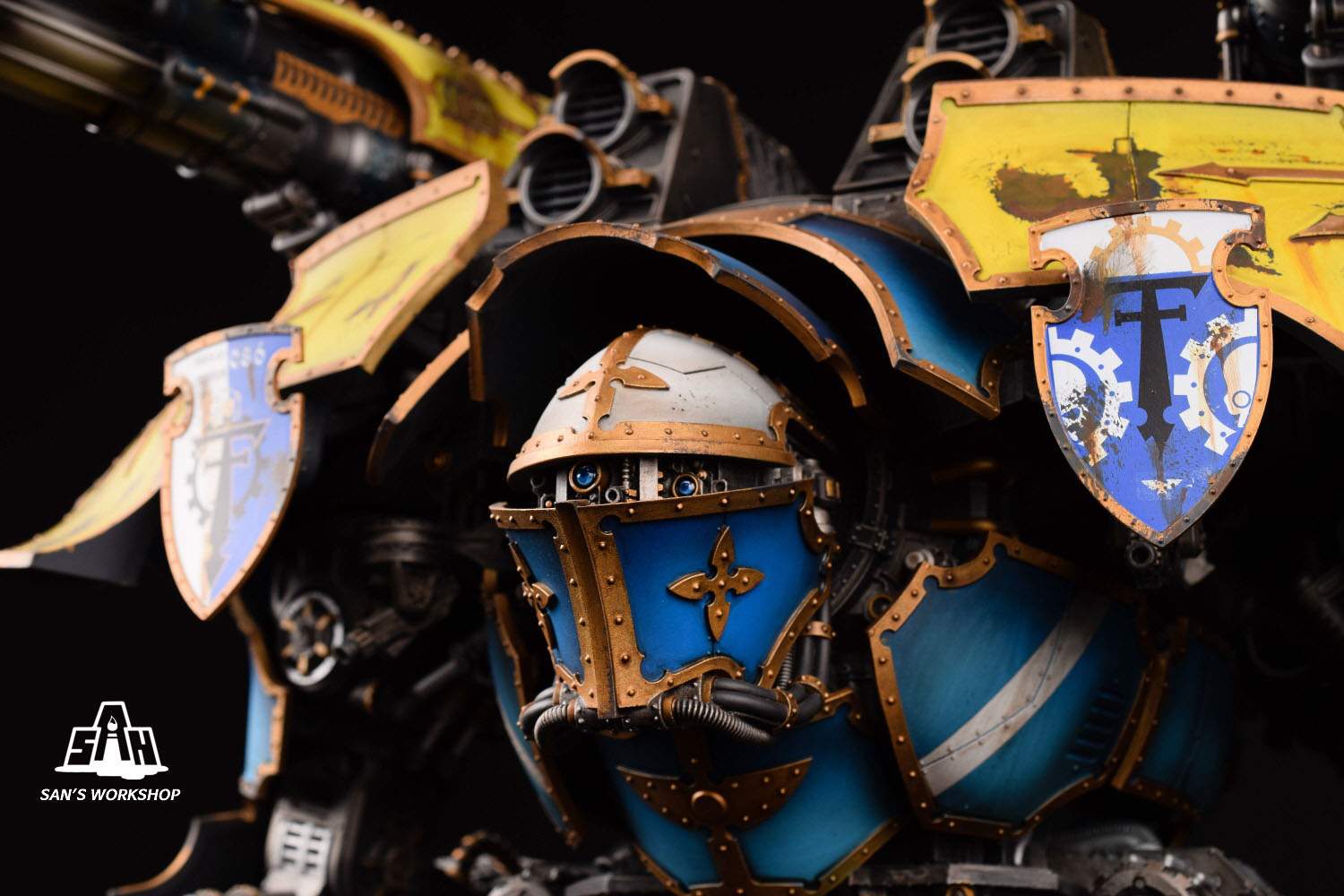 It looks like Games Workshop updated the Titan rules right underneath our noses, and we missed it! Come see the new rules for the God Engines!

There are indeed new Titan rules in the latest Horus Heresy Book, Tempest, that you may want to checkout (pg 260-263)

The big changes are:

Now each titan also has additional rules as well depending on the version of the Towering Monstrosity rule that it has (see pictures below). Keep in mind some of these have changed from their Horus Heresy Book I Betrayal wording too. 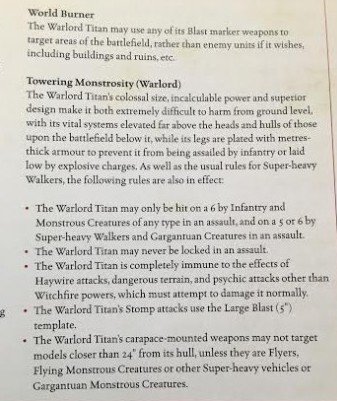 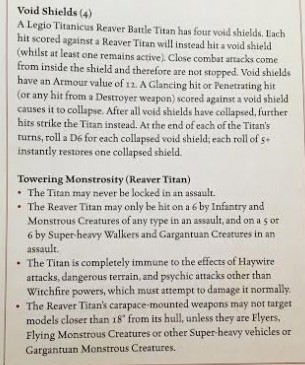 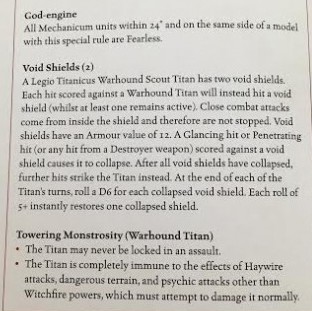 Now, all that being said the next BIG question is whether these correspond to 40k play as well, OR if we will have to wait for a new Imperial Armor book from Forge World to make it “official”.

The problem with waiting may be that, well, guess who did get these rules changes in their new book, THE ELDAR!

According to folks that saw the new Doom of Mymeara book at the 40k Open, the Revenant titan has some of these rules as well. At this time I can not confirm this as my book apparently is on the slow boat over to me, however I don’t see how multiple folks would all be inaccurate when the book was seen at the event. 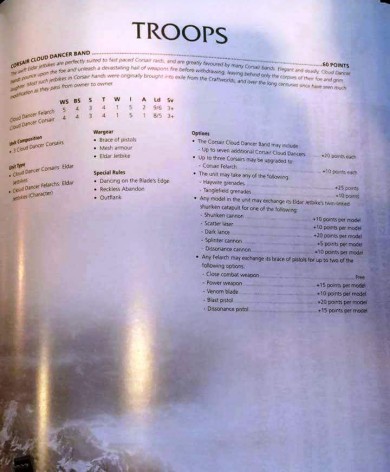 Rumors of new Revenant Titan rules from the event:

Revenant Gets a heavy 4 S8 AP3 skyfire, interceptor, sunder “Cloudstrike” missile system. And it’s only hit on 6’s in close combat now (GMCs and superheavy walkers hit it on a 5+). Titan holofields are unchanged. Weapons are unchanged.

So where does that put us now? The rules for the Reaver and Warhound titans (both loyalist and traitor) are spread out across what I believe to be THREE different Forge World book at this point, and the Warlord titan ONLY has rules in Tempest currently.

So if you just spent hundreds of dollars on a shiny new model, at this time it’s unclear which rules are the “correct” ones to use.