Games Workshop wants YOU to vote for your 2015 Model of the Year!

It looks like Games Workshop is looking for feedback again, specifically the White Dwarf Team. They want YOU to cast your vote for your favorite Citadel miniature of 2015! Now, we’ve already put together our list, but here is your chance to let them know your TOP FIVE models:

And so we come to the end of 2015, and what a year it’s been for our wonderful hobby. If you picked up White Dwarf 100 at the weekend you’ll have read our review of the year, in which we discussed the many models, books and hobby products that came out over the course of 2015. And there were a lot of them! Over the course of the year we’ve released 71 new plastic kits, making 92 different units, not to mention countless books, paints, tools, digital products, novels and no less than three new boxed games: Warhammer Age of Sigmar, Assassinorum: Execution Force and The Horus Heresy: Betrayal at Calth. What a year!

But what was your favourite miniature of 2015? With so many to choose from, it’s going to be a tough call… 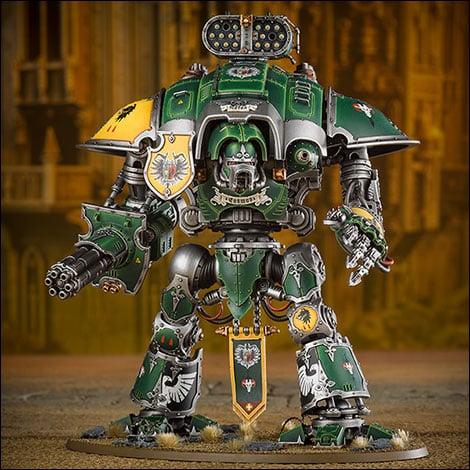 To help us decide the greatest Citadel miniature of 2015, we want you to make a list of your top five models (favourite being number 1) and send them to us at [email protected] before midnight on January 10th. We’ll then get the Grots to count up all the results and we’ll publish them some time in the new year.

Make sure you include a few words about why you chose your favourite model and, if you’ve painted any of them, send us some pictures of your hard work – we’d love to see what you’ve been painting.

Go fire-up your email and let them know. Now the tricky part is picking which 5 Models are your favorite out of the 71 kits they produced. Good Luck with that!