Want to get the drop on those pesky rebels and their fancy new T-70 X-Wings? How about tuning up your Tie Swarm list, with FOUR new Tie Fighters?

Imperial Commanders everywhere are stoked for the new Gozanti. The new EPIC ship for X-Wing Miniatures gives players FOUR new Ties to use in both versions of the game. 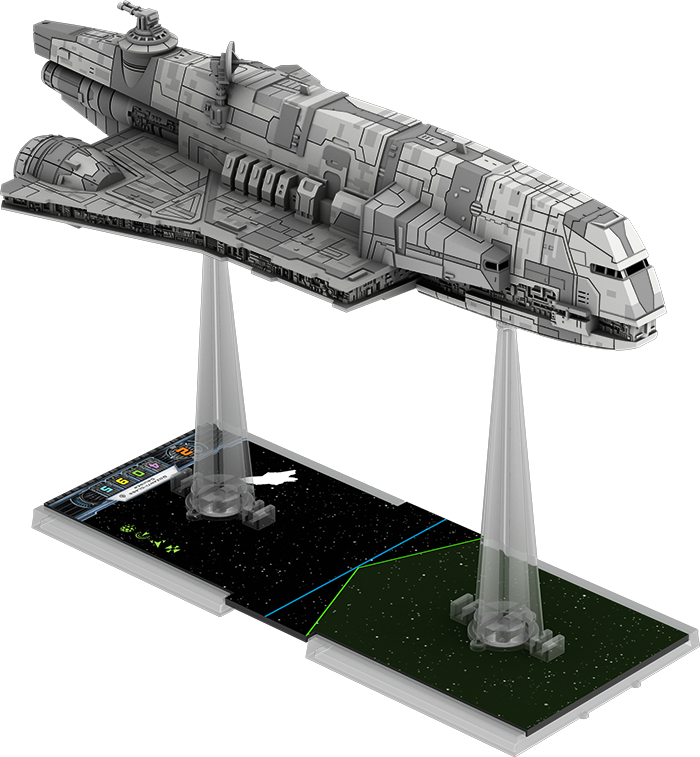 More importantly these new Ties can really help buff existing Tie swarm builds, and get though shield masters like Poe with a facedown damage mechanic as well. 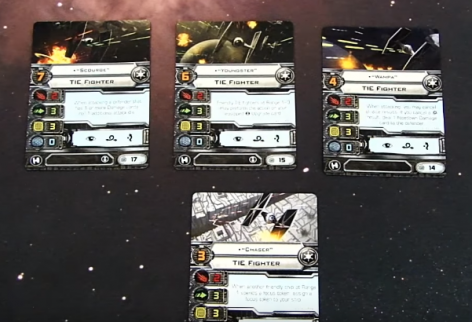 But perhaps the strongest mechanic of the new ship is it’s ability to deploy these squadrons in response to the enemy, and NOT incur the one round penalty like deploying from the smaller Hound’s Tooth. 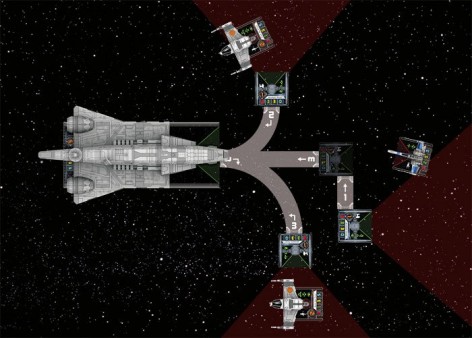 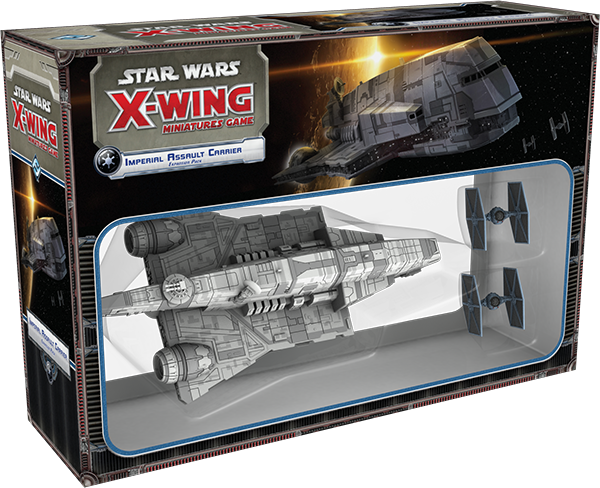 Designed for use within the game’s Cinematic Play and Epic Play formats, the Imperial Assault Carrier Expansion Pack contains one Gozanti-class cruiser miniature, two TIE fighter miniatures with a variant paint scheme, eleven ship cards, twenty-six upgrade cards, and all the maneuver dials, damage decks, tokens, and game pieces that you need to fly your Gozanti cruiser and its escort fighters. Additionally, the expansion includes a set of four new missions for Cinematic Play, as well as rules for docking up to four starfighters and deploying them straight into battle.

Equipped with the Docking Clamps upgrade, your Gozanti-class Cruiser can carry as many as four docked starfighters. They can be TIE fighters, TIE interceptors, TIE bombers, or TIE Advanced, but they must all share the same ship type and must be docked before the game begins.

While these fighters are docked, they are considered inactive for all purposes. They do not reveal maneuvers, they cannot attack, and they cannot be attacked. In fact, they are completely safe from your opponent’s weapons so long as they remain docked.

The rules for deploying your docked ships work a lot like those that allow players with the Hound’s Tooth Title to deploy the Nashtah Pup from their YV-666 just before it explodes. Step by step, you simply select a maneuver for the ship you wish to deploy, fit the matching maneuver template to the front or back of the Gozanti, and fly your ship to the opposite end. Then, so long as your ship didn’t collect a stress token or overlap an obstacle or another ship, it can perform a single action.

Here, though, you will find one important distinction between the rules for deploying the Nashtah Pup and those for deploying your Gozanti’s docked ships; the ships that your Gozanti deploys can attack at their pilot skill value immediately in the Combat phase. They do not suffer a round’s delay like the Pup. 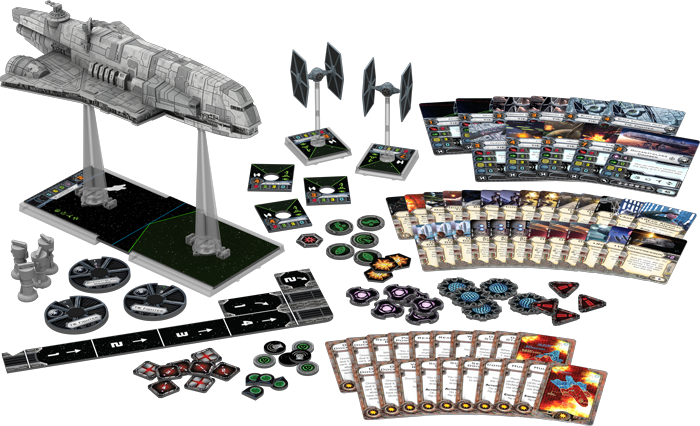 Whether or not you use it to carry your docked fighters directly into the heat of battle, the Gozanti-class Cruiser in the Imperial Assault Carrier Expansion Pack marks a significant maturation and shift in the dynamics of X-Wing Epic Play. Your huge-base ships become more potent and meaningful than ever, and the expansion’s TIE fighters and upgrades offer new squad-building options for both Epic and Standard Play.

You can learn more about the Imperial Assault Carrier Expansion Pack from our previews, “Epic Tactics” and “Swarm Tactics,” or you can simply head to your local retailer to pick up your copy now!

The Imperial Assault Carrier Expansion Pack is available at retailers throughout the United States. Availability in other regions may vary.

Overall this looks to be a great kit for Imperial and EPIC players out there, however the Rebel team may find it a bit underwhelming.  Good thing they got Poe Dameron, that guy can fly anything…