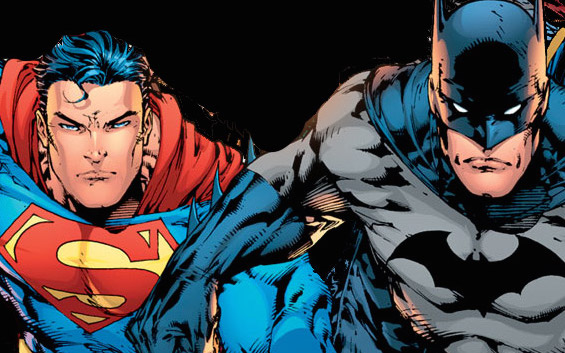 WizKids just pulled the covers off of the upcoming “Worlds Finest” line with a look at Superman and Batman teamed up! 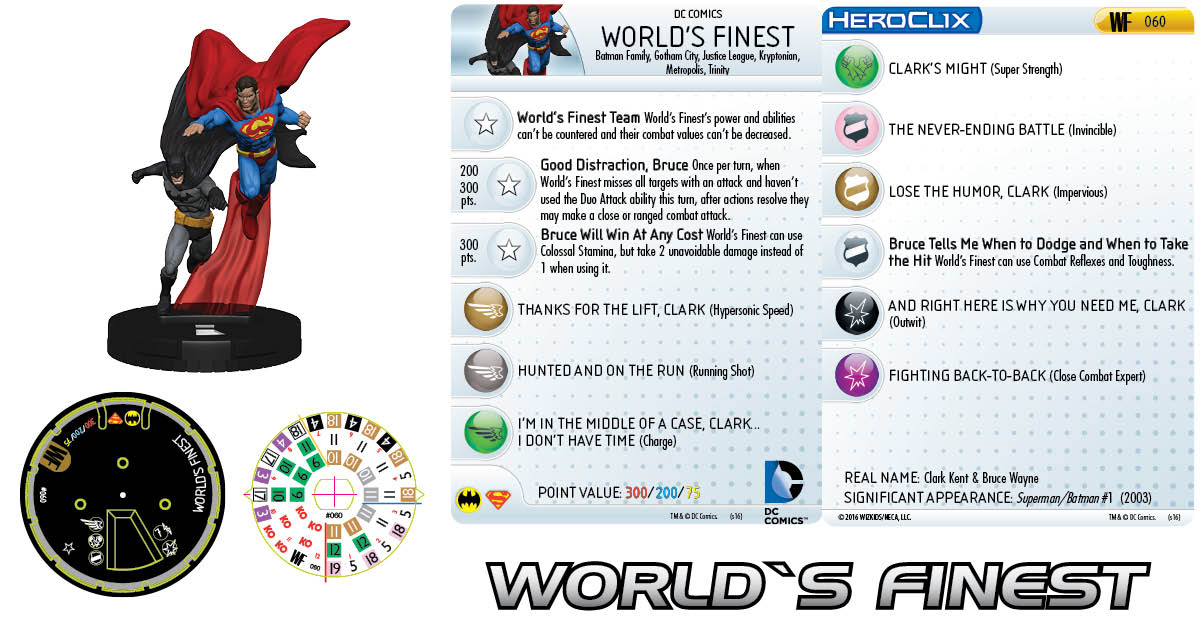 Take it away WizKids:

“World’s Finest (WF#060; Rarity: Super-Rare) features a beautiful sculpt of Batman and Superman together— teamed up to fight side-by-side— and can be played at 75, 200 or 300 points— with 3, 7 or 10 clicks of life respectively.  Looking at their combat & team abilities, we can see that they feature the Wing speed symbol, Duo attack symbol, Indomitable, a 7 range and both the Batman Ally and Superman Ally team abilities.  At all three point costs, this figure has the trait World’s Finest Team that grants them immunity to their powers/abilities being countered or their combat values decreased.  When playing them at either their 200 or 300 point starting lines, they have the trait Good Distraction, Bruce which allows them to make a second attack in a turn if they miss with an attack (so long as they haven’t used the Duo ability in that turn)— because Batman didn’t really miss… it was just a feint to set up Superman.  When played at 300 points, World’s Finest has an additional trait Bruce Will Win At Any Cost that allows them use of the Colossal Stamina ability, but they must take 2 damage instead of 1—a big sacrifice but one that could potentially turn the tide of a game.

WizKids will be teasing more of “Worlds Finest” in the weeks ahead.

~ What do you HEROCLIX players think of these two?