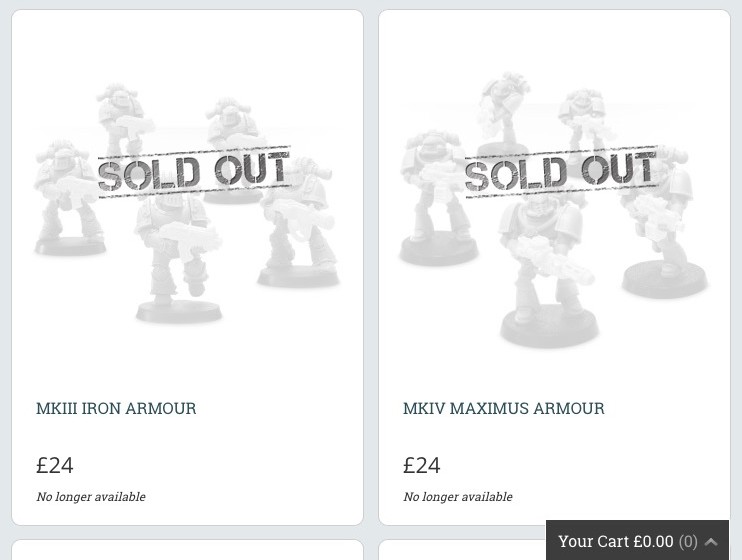 “I had been intending on ordering some MK VI armor from FW, not knowing they were now “No Longer Available”. I knew the none-legion variants of the other armor MKs were no longer available but I assumed that was because they had a legion variant.

Anyway, I emailed Forgeworld inquiring as to why the MK VI was now No Longer Available, and I received this reply within less than an hour:”

Thanks for the email, fear not for the kits your after have been temporarily removed for remastering. We have decided to make a few improvements to a few of our kits and will be working on a good number weapon packs and Heresy era armour kits to bring them a little more up to date and allow for a more enjoyable hobby experience.

Please keep and eye on the newsletters and keep coming back to our web store as once the work has been finished they will go back on sale. For now we don’t know how long these projects will take but as we understand it they will be done in batches of products

Thanks again and speak soon.”

“I can only assume those armor marks that are no labelled “No Longer Available” are being redone to accommodate the new bolter+hand setup.

As said previously, if this has been covered elsewhere lock the topic, just wanted to inform people that likewise wanted to order the armor marks that are no longer available!

We have been hearing for a while that Forge World is working through the Horus Heresy Armor marks and upgrade kits to apparently bring them into alignment with the new plastic Betrayal at Calth miniatures.

In particular, note how the plastic models have the weapon hand molded onto the weapon itself (the bolter hands), while the weapon arm ends at the wrist. Look on the leftmost sprue below closely to see:

The existing resin Horus Heresy line from Forgeworld has the weapons molded without the hands and you need to remove the grip to line it up with the arm.  See the pics below for an example: 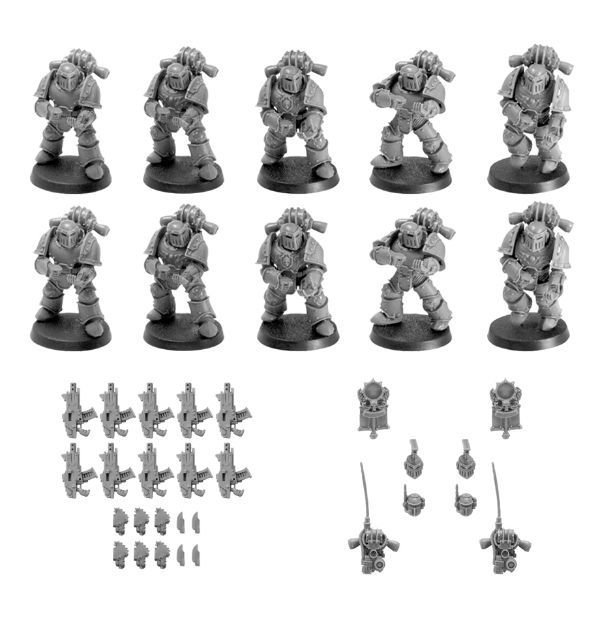 There has been talk since November of Forge World’s desire to go back and update the older resin heresy kits to make mix and matching them with the plastic heresy kits easier.

~ I would think that Forge World is very concerned these days about the long term utility of the Heresy Infantry line.  I assume they have big plans for it.