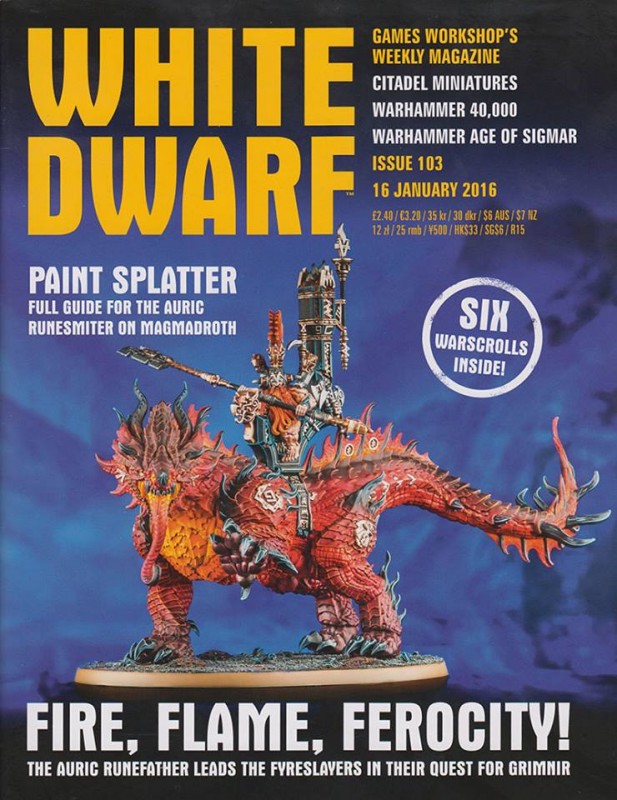 The Fyreslayer’s Big Beasty – The Magmadroth – has been REVEALED. Come check out the latest Pics!

We now know the name of the big Ur-Salamander for the Fyreslayers that was leaked last week – the MAGMADROTH! 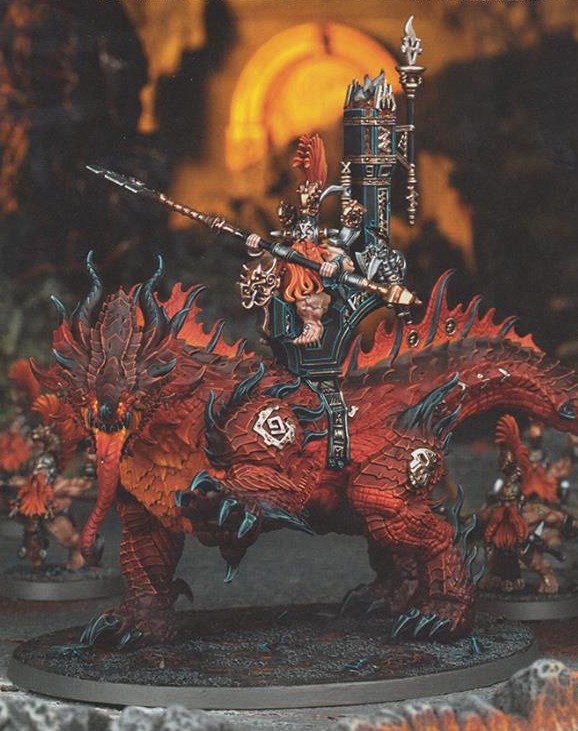 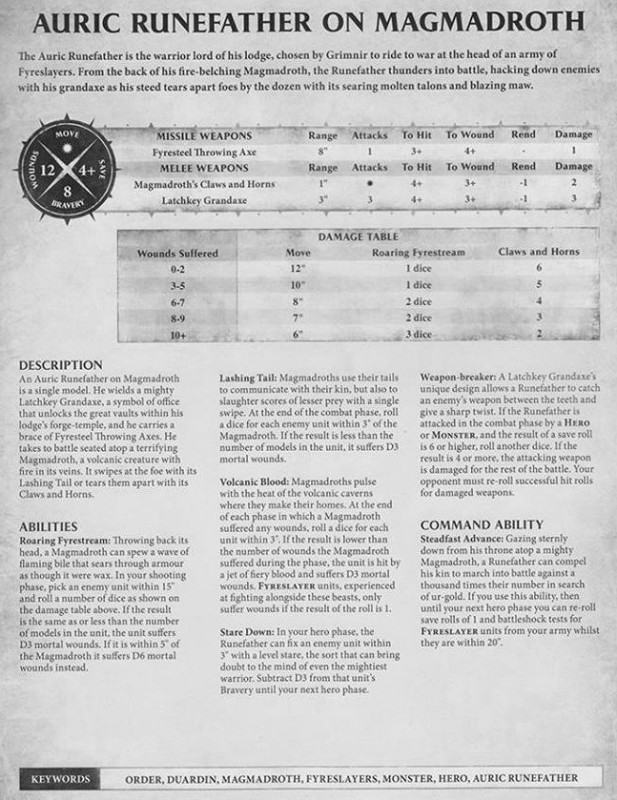 According to the rest of the pics leaked this kit will run $110 – it’s definitely one of the pricer kits for Age of Sigmar, but it’s also one of the larger models.

For the full spread of leaked (all SIX Warscrolls & More) pics go check them out here: