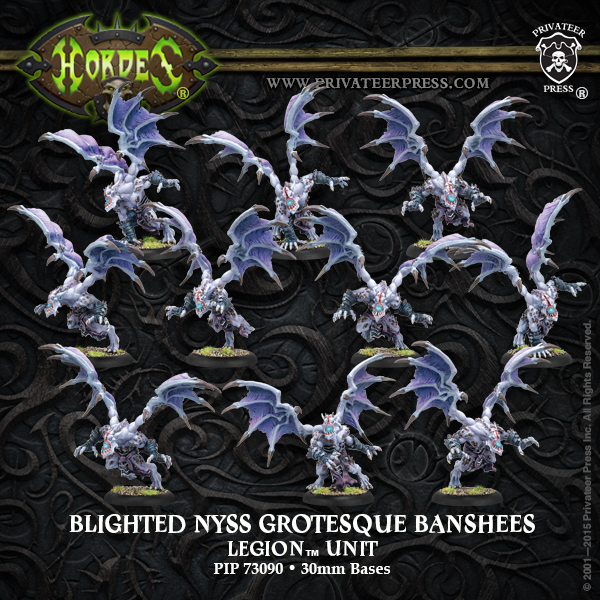 Legion just added some screaming banshees and they are an ear ache! Check out this new legion unit.

This is a new unit for Legion. They are grotesque so they work great with the new Grotesque Assassin. They are FA 2 and reasonably point costed 5/8. They can be up to a 10 man unit that can lay down a screeching of sprays.

What Do Grotesque Banshees Do?

They are Fearless and have Gunfighter. They don’t have any melee weapons so they are shooting the sprays all the time. SPD5 is nothing to write home about, but the new grotesque assassin can speed them up with desperate pace. So with a gunfighter charge and desperate pace they threaten 16″. The downside is they are only RAT5. So they need a little help in the hitting department. However, this isn’t unheard of in legion. With spells like chiller and icy grip on the Vayl’s this can get the job done.
They have Flight and Force Barrier as well. Giving them a pretty decent defense vs ranged attacks and ability to fly over units and terrain is very Legionesque. A cool thing about their sprays is they have Silencer. This means you only have to hit an enemy caster to prevent them from casting spells. 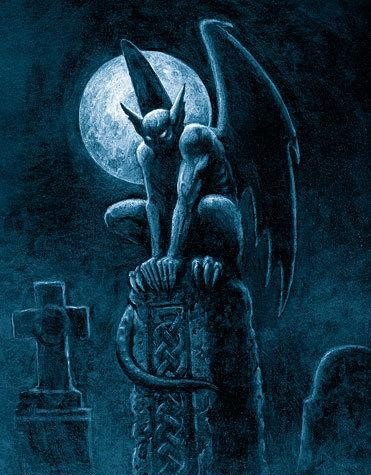 Who Works Well With Them?

The Grotesque Assassin is probably going to be an auto include if you are taking the new Grotesque Banshees. As mentioned earlier both Vayl’s help them in the hitting department. Casting Chiller on a Raek and leaping in the middle of some infantry and watch the Banshees wrack up kills. Bethayne can give them corrosion and make them even harder to hit with Ashen Veil vs ranged.

How Do You Fight Such Loud Ladies?

This unit really needs buffs to work. If you can kill the supporting cast or have shooting defensive buffs these will limit the damage output of the Banshees. Things like deceleration will really cramp their hitty power.

This boxset can also make the original Grotesque Raiders unit as well. A great double kit!

What do you think BoLS of the new Grotesque Banshees? Will you be screeching the enemies ear off or defending your sanity? Please share in your comments below.