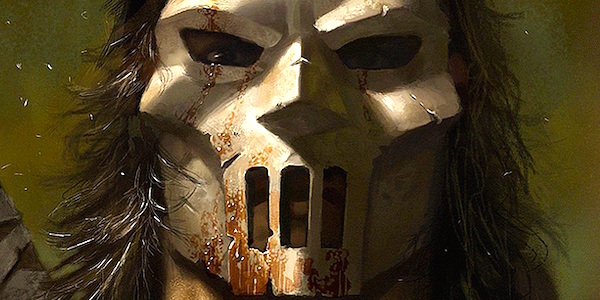 Today, we’re taking a look at the greatest ally the Turtles ever had – the vigilante with a love of sporting goods, Casey Jones! 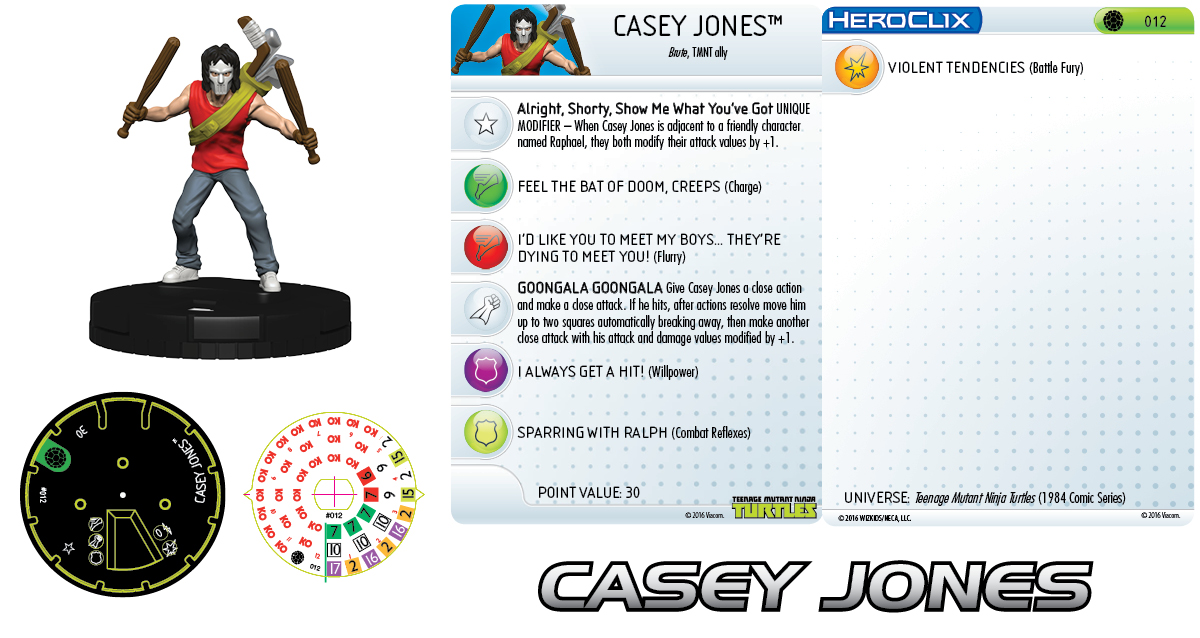 “Casey is a 30-point piece, with 5 clicks of life, and the keywords of Brute and TMNT ally.

His intense (and frequently confrontational) bromance with Raphael is represented by his trait, Alright, Shorty, Show Me What You’ve Got. This trait gives Casey a Unique Modifier which allows him and a friendly character named Raphael, a +1 attack modifier when they’re adjacent to each other. This boosts Casey into double digits across the board for attack if you’re able to keep him and Raphael adjacent to each other and working in harmony to kick Foot Clan butt!

Alongside that trait, Casey Jones sports some good standard powers, with Charge, Flurry, Willpower, Combat Reflexes, and Battle Fury. With that, he has a special power called Goongala Goongala, which states that when you give Casey Jones a close combat action and he makes an attack, should he hit with that attack, you would then be able to move him up to two squares away, allowing him to break away automatically. At this point, you’re then able to make another close attack, with his attack and damage values modified by +1!”

Have at it HEROCLIX fans – Who’s your favorite turtle BoLS fans?