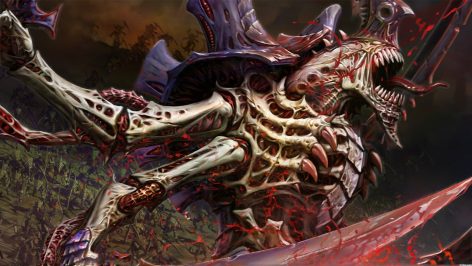 Nom nom nom- the new Tyranid FAQ is out now! 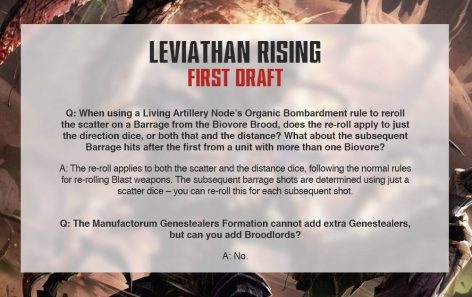 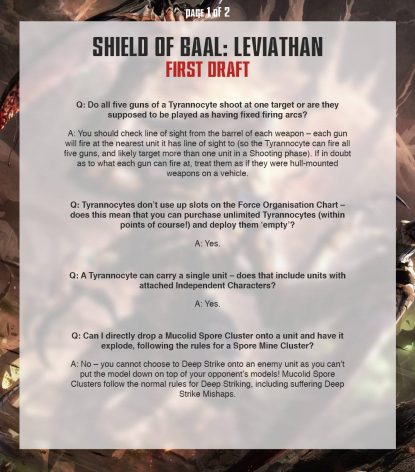 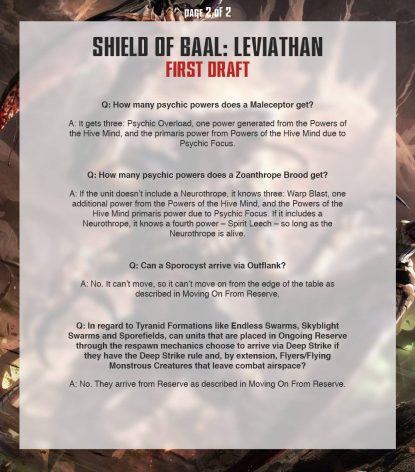 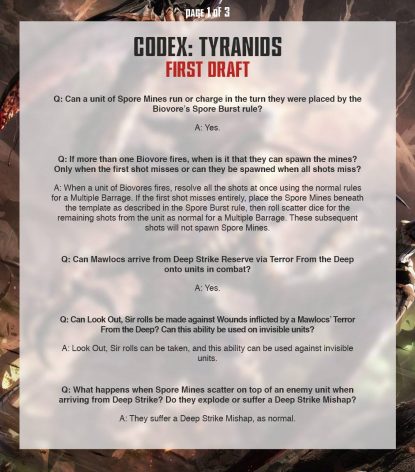 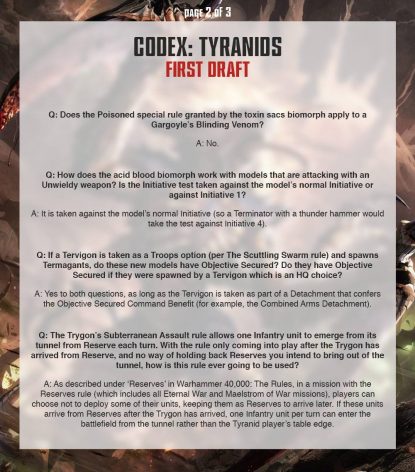 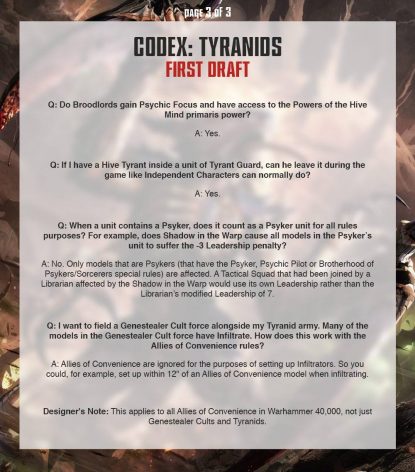 The Draft FAQ this week is for the swarming forces of the Hive Fleets.
There are some handy clarifications in there about infiltrating alongside Allies of Convenience, and confirmation that being invisible is no defence against being eaten by a Mawloc…

We’d love to get your thoughts before these become an official rules update.

Here’s what you need to do:

– Read through these draft FAQs
– If you think any answers need clarification, post up a comment on the relevant image
– Make sure your question is concisely written, and in plain English

Do the answers all make sense? Are they clear? Do they throw up any more potential issues?

You have a week to get your comments in, then we’ll pass them on to the rules guys for the final FAQs.

We’ll be posting more FAQ drafts for feedback over the new few weeks, so if you’re eagerly awaiting the one for your codex, don’t worry, we’re on it.

Finally, we wanted to say thanks again to all of you who sent in your questions – you’re helping to making the game we all love even better.

In short – Mawlocs are still awesome and the Trygon tunnel “works” exactly how it’s worded (ie, it’s still terrible). The Allies of Convience ruling with Infilitrate is interesting as well because it applies to ALL Allies of Convenience. It’s also fun to note that Hive Tyrants can break off from Hive Guard just like a regular Independent  Character.

What do you think players – Anything jumping out at you?

You can find these and all the other FAQ’s released right here: