BoLS visits the FFG Booth for an introduction to Runewars – the latest fantasy rank and file mini wargame!

Hey BoLS Readers! We just got back from GenCon 2016 and we had a blast! If you get a chance to go, you should make the trek – it’s a mind blowing site to see. One of the great things about GenCon is that manufactures love to show off new products. This year Fantasy Flight Games was there to showcase their new fantasy miniatures wargame Runewars. Take a look at FFG showing BoLS the game and taking us through gameplay and the minis.

Now, we covered the initial announcement a few days ago so if you wanted to read-up on all the details you can do that. Fantasy Flight Games also has a fantastic primer for you to read at your leisure as well. 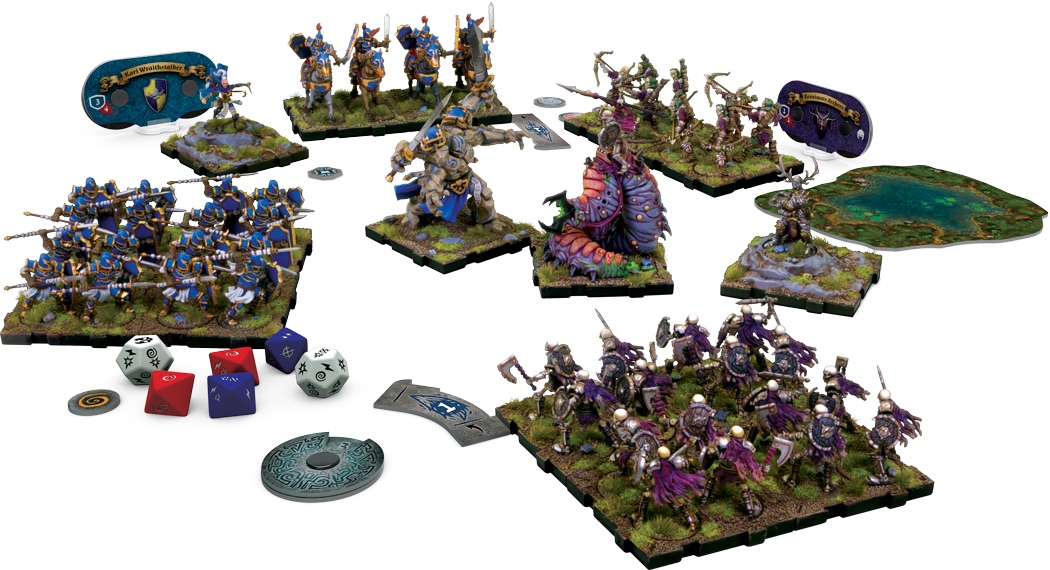 In the video we get a quick demo/overview of the game and we get a first-hand look at the miniatures (which are supplied unpainted). Runewars looks like a pretty solid entry into the miniature wargame market by industry veterans Fantasy Flight Games. I know I’ll be keeping an eye out for this when it hits shelves – the tentative release date is the first quarter of 2017. I’m sure we’re going to be hearing more about this game as the release date gets closer!

The First great battles of Runewars are coming in 2017 – get your wallets ready now!