What is in the Black Crusade: Angel’s Blade supplement and is it worth your money? Decide for yourself after the jump.

Today we are diving between the covers of the new Black Crusade: Angel’s Blade supplement in our First Look Review on the new Blood Angels rules! 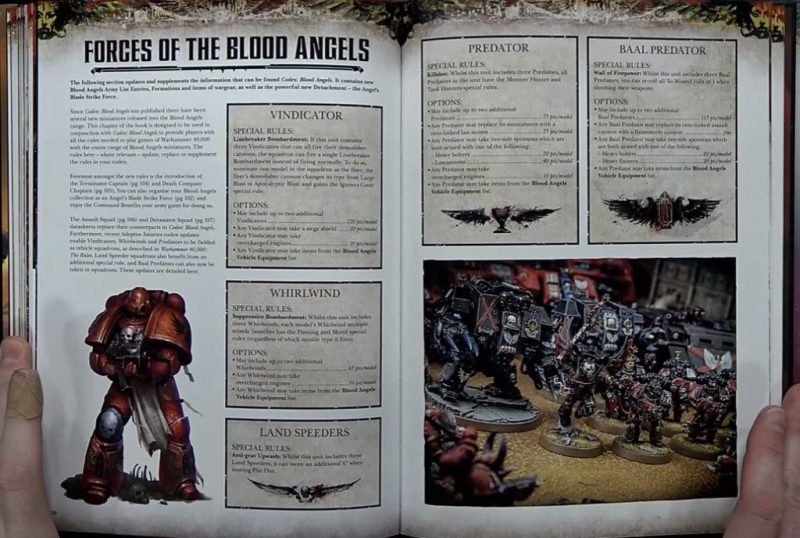 Jumping right into the rules, we see that it may not be exactly what Blood Angels players wanted.

There’s no objective secured what so ever, it’s just basically bumping them up to kinda their fifth edition glory where you get Furious Charge and plus one initiative in most cases. The did upgrade all the big tanks to be the squadrons just like we saw in the Codex: Space Marines however. 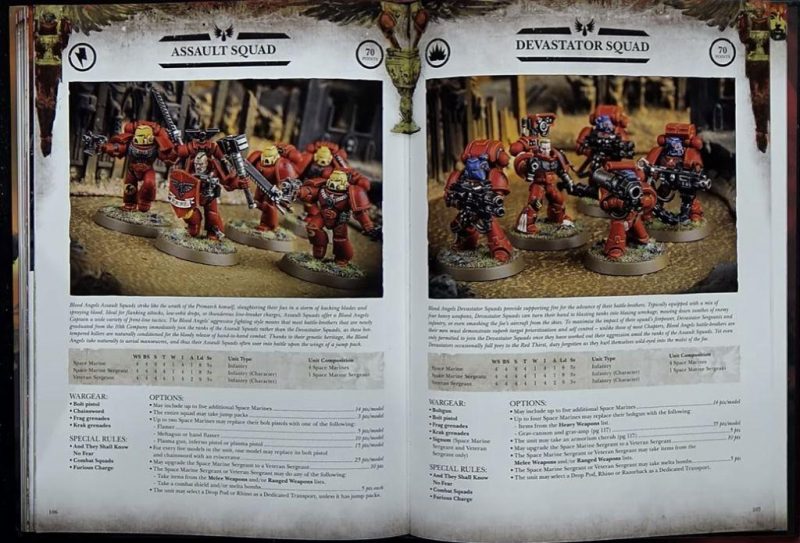 The brand new Assault Squad that replaces the one in the Codex: Blood Angels is unfortunately still fast attack. The Devastator Squad now has access to the heavy Grav-cannon and Grav-amp which is great for more shots downrange.

But overall I think the formations is where this book shines: 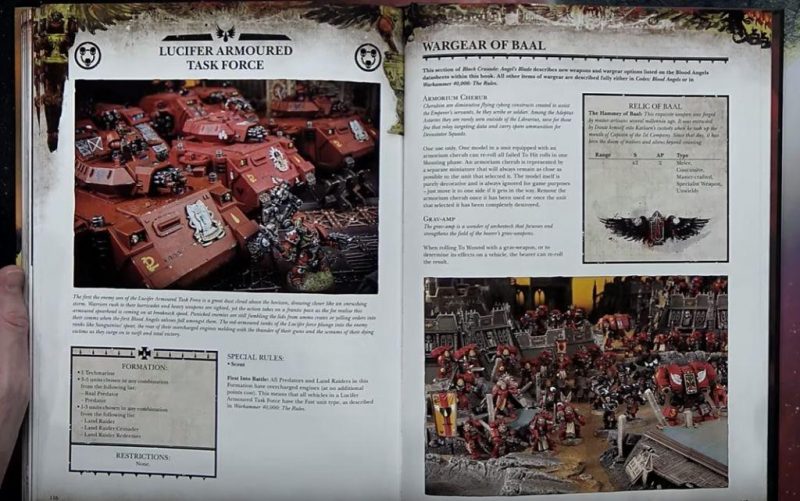 For Wargear of Baal you can take the Armorium Cherub and once per game the model equipped with it can re-roll all failed to hit rolls in one Shooting phase just like the devastators in Space Marines. 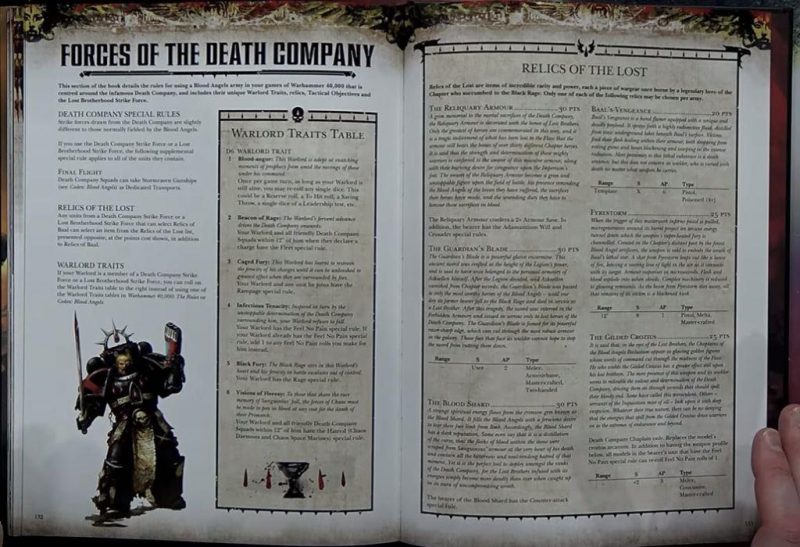 The Forces of The Death Company can select a Relics of the Lost in addition to the Relic of Baal. It looks as though they are trying to speed Death Company up with the Relics of The Lost, but I’m not sure its enought to bring back the mighty army of death from the early 200o’s yet.

Pick it up here: 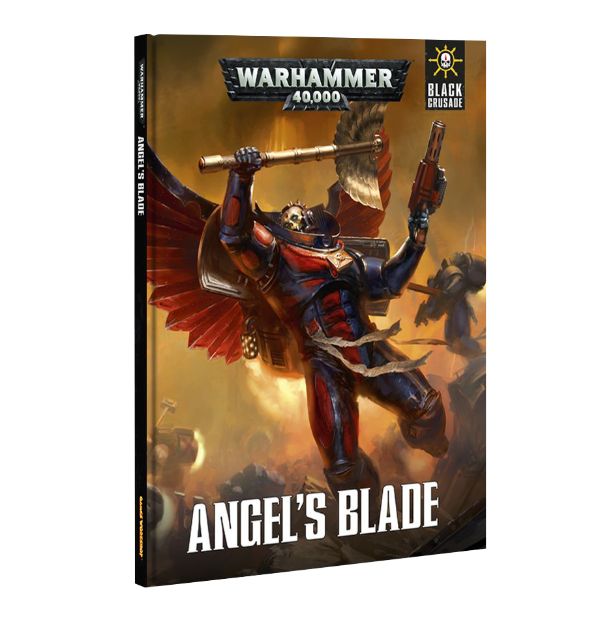 The 136-page hardback Black Crusade: Angel’s Blade features a host of new rules content for Warhammer 40,000, to be used alongside Codex: Blood Angels:

– Updated datasheets for Blood Angels, including Terminator Captains, Death Company Chaplains, Assault Squads and Devastator Squads;
– Relics of the Lost; incredibly rare and powerful Death Company relics once borne by a Chapter member who succumbed to the Black Rage;
– Revised and updated Wargear of Baal;
– Death Company Tactical Objectives;
– 9 new Blood Angels Formations, an Angel’s Blade Strike Force and a Lost Brotherhood Strike Force;
– 3 new Altar of War missions: Death on the Wing, Honour of the Angels and No Matter the Odds.

~Make sure to check out the full Angel’s Blade First Look Review video and stop by Games Workshop to get your copy today!