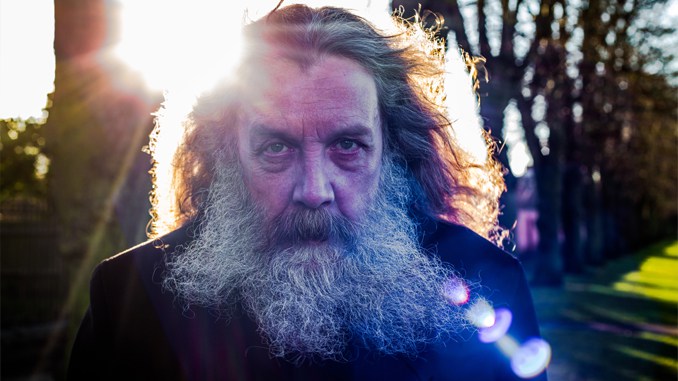 The acclaimed writer of Watchmen and V for Vendetta is calling it quits.

In a recent interview with The Guardian to promote his new novel, Jerusalem he announced that once he’s completed his current projects – including Cinema Purgatorio and the final League of Extraordinary Gentlemen book – he’s retiring from comics.

“I think I have done enough for comics. I’ve done all that I can. I think if I were to continue to work in comics, inevitably the ideas would suffer, inevitably you’d start to see me retread old ground and I think both you and I probably deserve something better than that.

So, the things that interest me at the moment are the things I don’t know if I can do, like films, where I haven’t got a clue what I am doing, or giant literary novels. Things I wasn’t sure I’d even have the stamina to finish … I know I am able to do anything anyone is capable of doing in the comic book medium. I don’t need to prove anything to myself or anyone else. Whereas these other fields are much more exciting to me. I will always revere comics as a medium. It is a wonderful medium.”

The man is prolific, so I doubt this is the last we’ll see of him. I’m all for some Alan Moore non-fiction works – his knowledge of English history and literature is pretty extensive.

While he still has a love for the comics, he’s expressed a rather different opinion of super heroes and the movies they’ve spawned that may also explain his departure.

“The superhero movies – characters that were invented by Jack Kirby in the 1960s or earlier – I have great love for those characters as they were to me when I was a 13-year-old boy. They were brilliantly designed and created characters. But they were for 50 years ago. I think this century needs, deserves, its own culture.

It deserves artists that are actually going to attempt to say things that are relevant to the times we are actually living in. That’s a longwinded way of me saying I am really, really sick of Batman.”

He has a point – which he expands on in this interview from a few years back. I can’t entirely agree with it, but given what we’ve seen in theaters this year it’s something that movie execs need to consider. In the last 10 years we’ve gotten 41 movies based on Marvel/DC properties and we’re due for 18 more before 2020. Are those movies presenting modern ideas and stories or are they stuck in the past?