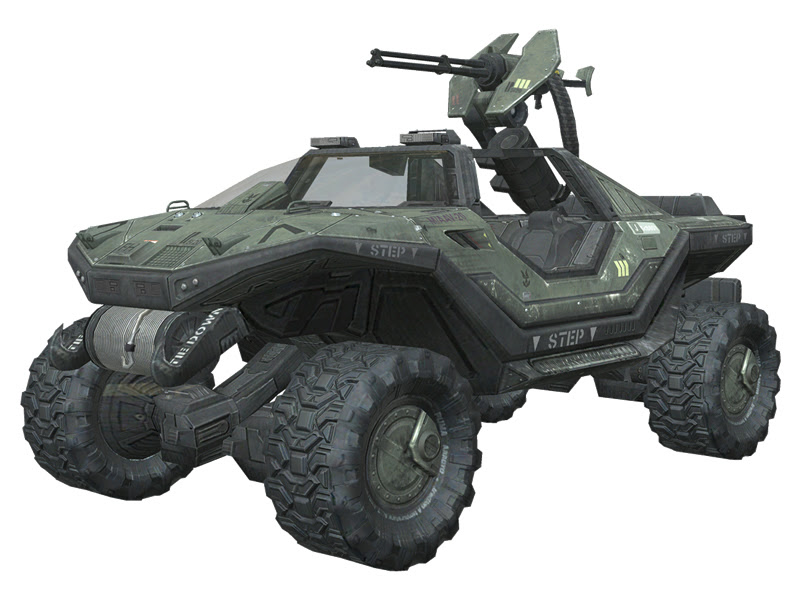 Ghosts, Hunters, and Hogs are on their way!

The team at Spartan is getting ready for the first set of upgrades for Halo: Ground Command. There are six new boxes coming to help you expand UNSC and Covenant forces. Take a look at some of what’s in store…

Very early on in our discussions with 343 Industries it was highlighted that aiding gamers in making their tables look ‘Halo-like’ was a priority. Many gamers already have their gaming tables or mats, trees, roads and so on, but with the addition of some classic Halo terrain, what was once a green field with trees can quickly take on the look and feel of the planet Reach.

Scenery plays a fabulous role in the game, allowing units to take cover, reducing the on-table death-toll and, very basically, adding a cool looking feel to a game. Terrain can also be used as scenario objectives with the likes of UNSC generators or Covenant Communications towers being fought over in scenarios. It doesn’t take the eagle eyed to spot we have two Covenant Ghost boxes. Both have Type 32 Ghosts in them, but one box brings you six Grunt Minor Ghosts, as seen in the Battle for Reach box, whereas the second introduces six vehicles with Elite Minor drivers. Both boxes bring you two full Ghosts Units in the game, and we opted for six in the box to make expanding your Covenant force simple. At less than £5 per vehicle adding fast assault armoured vehicles has never been easier for Covenant players, and with the ease with which armoured vehicles can be added in the game they mean they can rapidly be absorbed into a force.

We’ve also got a Specialist Battle Group planned for the Covenant Elite Vanguards based on their Ghosts, bringing with them special rules that players can take advantage of to leverage the pain against their opponent! These ferocious giants of the Halo Universe are formed by a colony of eels/worms that make up their living form, matched only by the volume of pewter that melts down to form their highly-detailed spikey bodies! As an armoured Unit Hunters are somewhat quirky in a game of Halo: Ground Command. Classed as ‘armour’ they still have the ability to melee and shred their way through Units of UNSC ground troops.

Hunters are one of those Units that Covenant players will look to populate their force with, and you cannot deny their ability to hand out carnage! We have developed a Specialist Battle Group for the game which combines multiple Hunter Units into a very nasty formation. The name is still being set canonically by 343 Industries, so for now I shall simply call it the ‘Very-Scary Battle Group’.

Bring on the ‘Hogs

I saved the Warthog box for last in this blog, for a number of reasons, one of them being that it is my favourite UNSC vehicle. If you look at this armoured Unit you see a big jeep, but what a vehicle! It is huge, and literally acts like a small tank on the tabletop. It was designed with multiple roles in Halo video games and has stood the test of time, with later incarnations looking better and cooler as they arrived.

These multiple roles set us a challenge in its creation, and that was after we had to work hard to make its detail level match the coolness of the video game asset. In our Battle of Reach box, we restricted the use of our Warthogs to Chainguns – creating a mobile firebase style of Unit that can shred Covenant infantry with ease. But with Wraith tanks and a Banshee around the corner we felt UNSC players needed as much flexibility in their force building as we could give them, so we decided to put three complete weapon systems in the box for each Warthog.

So with two chassis and six weapons a player can choose to shred infantry with Chainguns, convert armour to smouldering heaps with a Gauss Cannon or drop a Banshee with some well-placed Rockets. The addition of these components (2 chassis, 2 infantry drivers, six complete weapons, six infantry gunners and three statistic cards) increased the overall cost of the Warthog box, but we felt it was a good direction to take to maximise a UNSC player’s tactical options and give them the ability to engage any type of enemy Unit.  At 1/100th scale a Warthog is about the same length as a 15mm WWII Tiger tank, and you get far more than just an 88mm gun.

We will monitor our choice of selling two hugely flexible Warthogs in one box closely and if necessary we will look at making separate Warthogs only armed with one weapon system available for purchase. Keep an eye out for our Specialist Battle Group free downloads which will be coming your way when these boxes ship. Over time we’ll deliver you your own library of force building Battle Groups that encompass an array of models, including Hunters, Warthogs, Recon Troops, Falcons, Banshees and much more.

How would you incorporate these units into your army?