FFG will be bringing the successful Mutant Chronicles Kickstarter to retail. Here’s the details.

In a joint statement issued by Fredrik Malmberg, president and CEO of Cabinet Entertainment and Chris Birch, publishing director of Modiphius Entertainment, “FFG’s global reach is unsurpassed in the hobby game industry and their expertise allows us the opportunity to focus on the game’s design and development. We’re thrilled to be working with them to bring Mutant Chronicles: Siege of the Citadel to friendly local game shops everywhere.”

Siege of the Citadel, originally designed by Richard Borg and published by Target Games and Pressman Toys in the 1990s, was one of the first games of its kind to offer character development and the unique rotating Dark Legion player, among other groundbreaking ideas. Conceived by Sweden’s gaming powerhouse Target Games, Siege of the Citadel was advertised on television in the US and hundreds of gamers still own much loved copies across the world. This new edition reboots the classic game with balanced and updated rules, 40 new sculpted minis, new double-sided tiles, new creatures, and an A-List design team of Richard Borg, Eric M. Lang and Kevin Wilson. 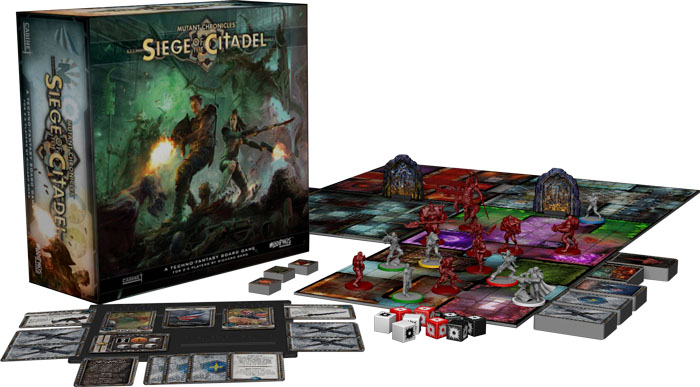 Fantasy Flight Games (FFG) is a pioneering publisher of board games, Living Card Games®, miniatures games, roleplaying games, and digital games. Established in 1997, it has earned a reputation for its top level production values, epic themes, and immersive gameplay. Many of FFG’s most popular titles are based on beloved licenses, including Star Wars. Fantasy Flight Games is a subsidiary of Paris-based Asmodee Group, a leading global publisher of games. For more information, visit our website at www.fantasyflightgames.com. You can also find us on Facebook and follow @FFGames on Twitter.

About Modiphius Entertainment
Modiphius Entertainment is a London, England-based entertainment publisher of tabletop games and related hobby merchandise. The company launched its first game, the Achtung! Cthulhu Roleplaying Game, in 2013 via a highly successful Kickstarter, followed by 5 additional projects that were among the biggest in the Kickstarter tabletop games category. A slew of games are in development with licensed properties including the forthcoming Star Trek Adventures RPG & Miniatures, Mutant Chronicles RPG, DUST Adventures RPG based on Paolo Parente’s DUST universe, Infinity Roleplaying Game, Matt Leacock’s Thunderbirds, a cooperative board game based on the classic 60’s show and the official Kung Fu Panda Boardgame.

Modiphius Entertainment seeks to inspire with its tales of heroism, adventure and courage and is built on strong principles of fair business practices. Modiphius Entertainment also works to combat global child trafficking through raising awareness of and funds for Vision Rescue. For more information, please visit modiphius.com.

About Cabinet Entertainment
Cabinet Entertainment owns and develops global entertainment franchises in all forms of media, including motion picture, television, and the gaming, publishing and toy/collectibles industries. Our portfolio consists of such well known brands as Conan the Barbarian, Kull of Atlantis, Solomon Kane, Mutant Chronicles, Mutant: Year Zero, Kult, and many more. For more information, please visit cabinetentertainment.com. 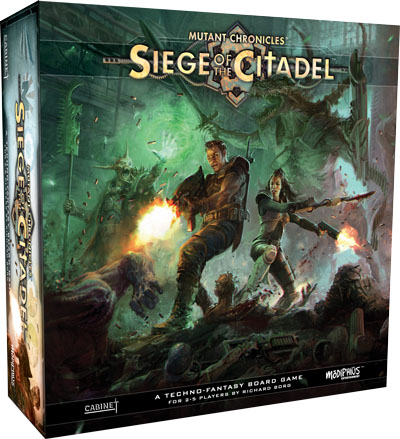 We are starting to see more of FFG entering distribution deals for successful Kickstarters these days.

~More on this as it it moves towards retail release.