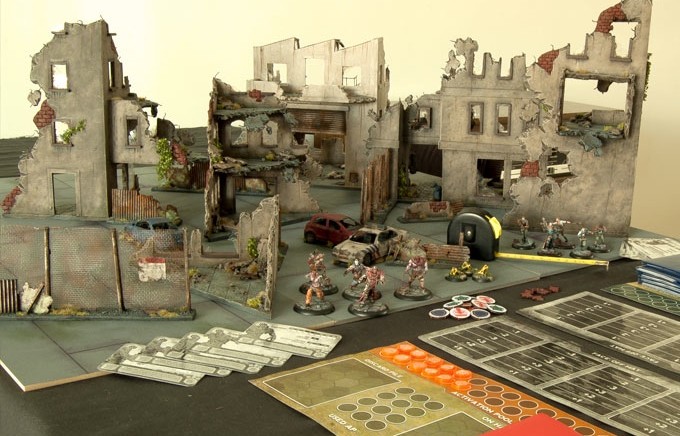 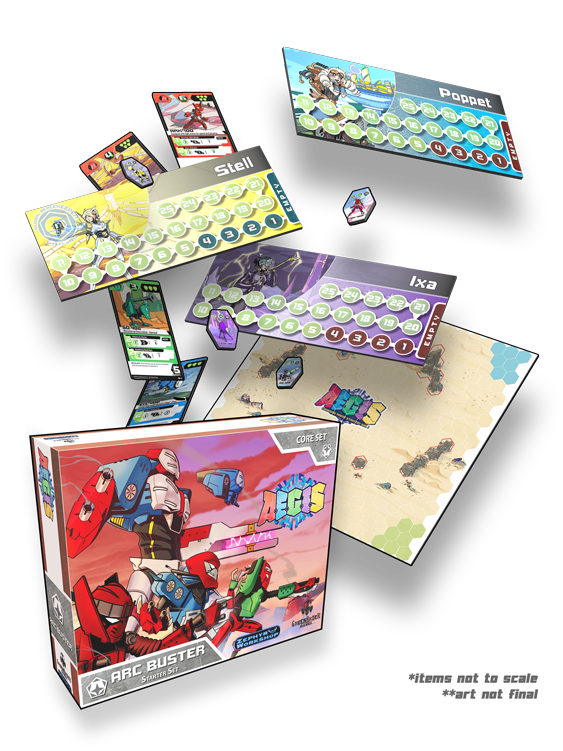 Greenbrier Games have teamed up with Zephyr Workshop to bring their latest strategy board game to life. AEGIS is a combination of hex-based war game and team management, where each player builds a squad of 5 transformable robots. Each robot has its own role, strengths, and weaknesses, and must work together as a team with a shared energy pool for actions. As the battle drags on, your robots can spend the energy they have gathered in combat to combine into stronger robots, much like what you’d see in a popular sentai series. AEGIS comes in two parts, Sky Guard and Arc Buster. The starters cost $40 each, and can be played alone or together to give players more robot and pilot options to customize their teams. 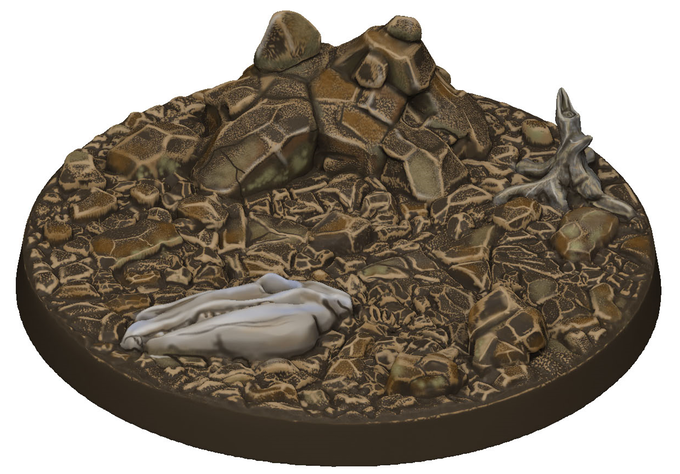 Warlocks Tower is a new startup looking to break into the industry with their line of scenic bases. What sets Warlocks Tower’s range apart is that their bases are hard plastic, giving gamers a cheaper option than comparable resin bases. The company’s first landscape theme, desert/moonscape, is ready and waiting to start production. Stretch goals include forest and industrial/space ship bases. None of the pledges have any set contents, instead allowing you to pick any bases you want equal to the amount pledged

In Victoriana, 4 players assume the role of famous Victorian characters as they investigate conspiracies seeking to overthrow the Queen and dismantle the British Empire. Players must race against the clock as they travel around London investigating leads that will give them clues to the identity of the mastermind and the nature of their scheme. The investigation won’t be easy, however; leads eventually grow cold, investigators can become stressed by the weight of their mission, and the villain won’t just sit around and let you unravel their master plan. You can grab the whole game, plus any unlocked stretch goals, for $49. 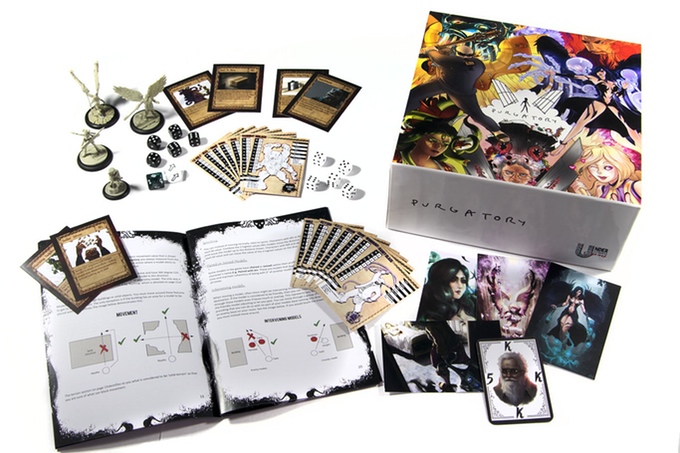 Underestimated Games have been hyping their new skirmish game a lot over the last few months, and now it’s finally on Kickstarter. In Purgatory, players recruit various angels and colorful characters to wage the war between Heaven and Hell and decide the fate of mankind. While Purgatory has traditional factions like most games, the army building mechanics are very flexible and allow you to build gangs with pretty much whatever miniatures you like, though at the expense of in-faction synergies and bonuses. There is also a deck building element in the form of the Gifts from the Gods deck that can aid models during combat. The game currently has two factions to choose from, and each has a starter bundle available that includes 7 resin miniatures and everything you need to play. The Let Battle Commence pledge gives you both starters and loads of Kickstarter extras for £90/$115. 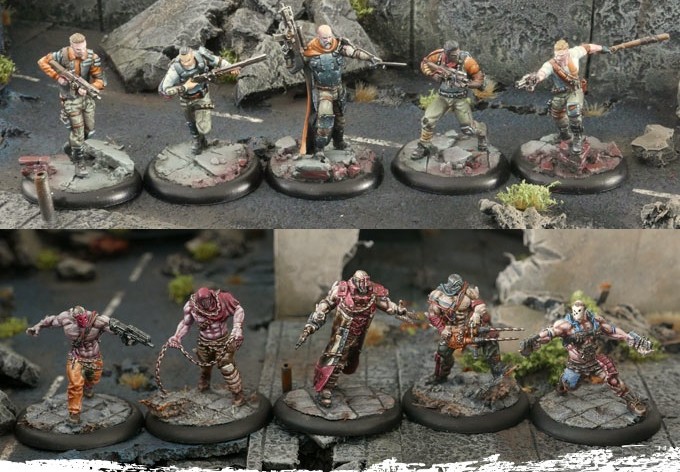 Collision is the second new skirmish game on the list this week, and like Purgatory, it features highly detailed resin miniatures. Set after the downfall of civilization, players assemble gangs of 5-10 miniatures and fight over the remaining scraps of resources they can find in the ruins of once mighty cities. Collision is a diceless miniatures game along the lines of Malifaux, and uses cards to resolve actions and effects. The campaign originally launched with two factions, but the third has since been unlocked via stretch goals. You can buy a starter for €30/$33, while the €80/$89 pledge gets you all three. 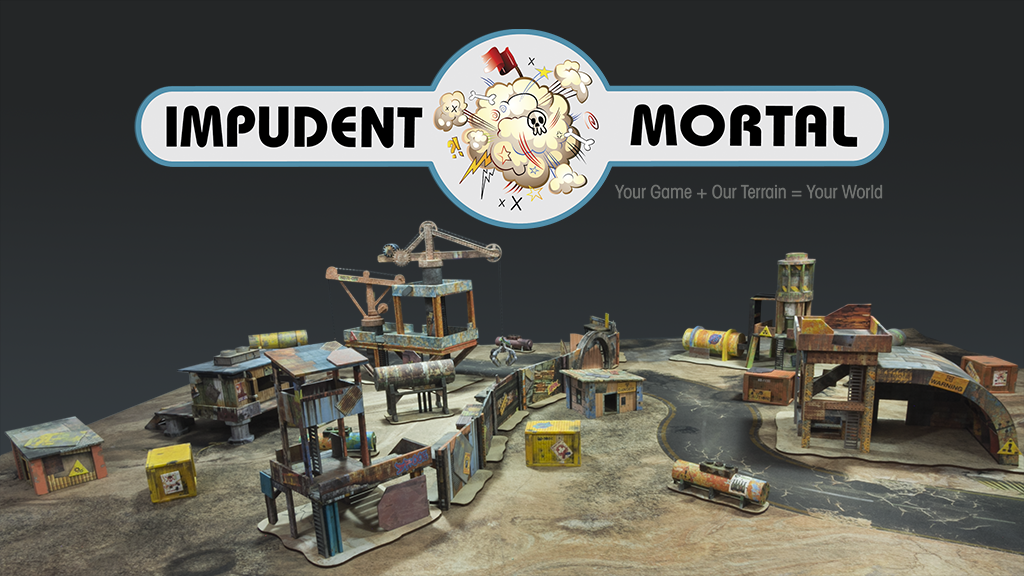 With all those new post-apocalyptic miniatures to play with, why not invest in some rusted-out buildings for use as terrain? The new Rust line by Impudent Mortal features adhesive transfers that can be applied during construction, negating the need to paint the terrain if you don’t want to. You can buy one of everything from the line for $300, which is enough to fill an entire 4×4 board. There are matching game mats available as part of the campaign too.

Not broke yet? Here’s some more campaigns to check out:

10 Minute Heist, a quick and cheap game where players compete to rob a wizard’s tower full of magical artifacts.

BattleCON Trials, the latest expansion to the popular fighting board game.